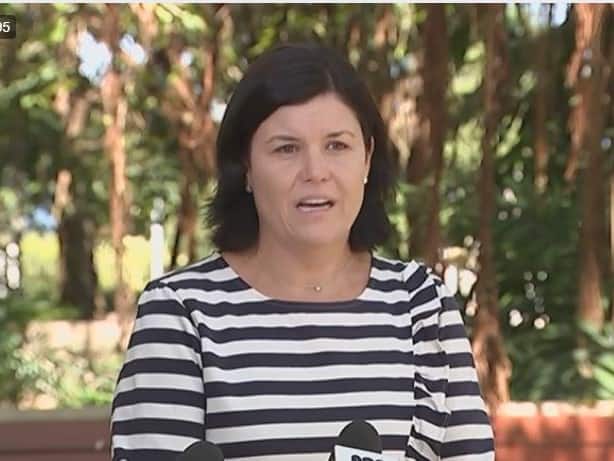 Health Minister Natasha Fyles held a press conference this morning to make the announcement, saying the hotspot would be reduced to 20 local government areas in Adelaide and the surrounding suburbs, into the hills. She said the government would provide the specific suburbs to news agencies so they could publish them.

“We didn’t know at that point where people might have traveled, where this virus might have spread to.

“And it’s important to note that most of these cases in South Australia people have had no symptoms. It’s only when they’ve been tested that they’ve tested positive and become aware that they have COVID.”

Dr Heggie made the hotspot announcement for the whole of South Australia on Monday after a rise in the number of cases in the state, forcing anyone who wanted to come into NT to spend 14 days into quarantine.

Chief Minister Michael Gunner gave two days grace from having to pay the $2,500 quarantine fee. There was chaos in Alice Springs last night as the quarantine facility filled beyond capacity as hundreds came in by air and road, leading to a charter flight to take people to quarantine in Darwin. But that flight had to be cancelled leaving people sleeping on stretchers at Alice Springs Airport and home quarantine.