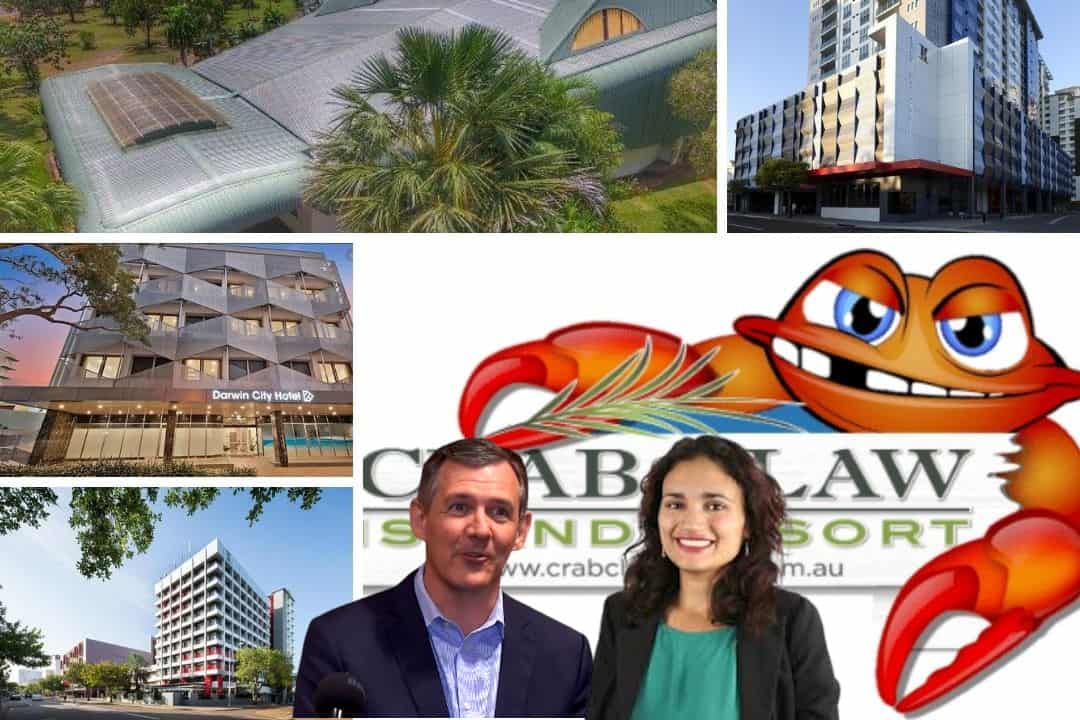 One of the Territory’s largest hotel groups may stand to pocket thousands of extra dollars from the Gunner Government’s tourism voucher scheme, after an NT Independent investigation found it was charging higher fees for people redeeming vouchers.

A series of calls by the NT Independent to more than a dozen Territory hotel operators revealed some, including Halikos Group, have been charging up to $160 extra for accommodation purchased via the NT Government’s tourism voucher scheme.

Within hours of releasing the vouchers on July 1, all 26,000 of the $200 vouchers had been snapped up by Territory residents keen to explore their own backyard. The government recently claimed the voucher scheme had generated more than $7 million in spending in the month of July alone.

Hailed as a stimulus measure to support the tourism sector hit hard by the COVID-19 pandemic, the vouchers can be put towards an NT tourism experience, tour, accommodation, hire car or recreational fishing charter, but have to be matched dollar for dollar.

The NT Independent found a number of hotels had significantly marked up the cost of accommodation through the Tourism Top End website, which is the only way to redeem the COVID-19 stimulus tourism vouchers.

Of the 14 hotels investigated, half showed discrepancies. Of those, the Territory-owned and operated Halikos Group’s hotels had the biggest differences in cost.

Between July 22 and July 27, the period when the calls were made by the NT Independent, a studio room at the H on Mitchell cost $119.

But when switched to the government’s prescribed booking website, the price was $279 – for the same studio room. And Halikos Group was also found to be charging an extra $45 for a beachfront cabin at its Crab Claw Island Resort, a little over an hour’s drive from Darwin, which according to the Independent’s investigation, usually costs $175 per night.

While not part of the Halikos Group, the Mercure Kakadu Crocodile Hotel was charging $60 more for a standard twin, raising their price from $139 to $199.

The Darwin City Hotel was also found to be charging $14 extra for its deluxe twin room when purchased through the Tourism Top End website.

The cost of a room at the Ramada Suites Zen Quarter in Darwin, the Novotel Atrium (which is part of the Halikos Group), The Mantra on the Esplanade and the Coconut Grove Holiday Apartments had not been changed.

Michael Anthony, the owner of Ramada Suites Zen Quarter, said it would be a “sin” for Territory businesses to take the path of charging more for voucher redemption.

“It shouldn’t be happening,” he said. “Your reputation is too important, if it goes public it is going to look really bad.”

Despite a fall in occupancy rates due to the coronavirus pandemic and many businesses hanging in the balance, he said the thought never crossed his mind.

“Can’t bite the hand that feeds you,” Mr Anthony said. “My point is … a bit of money here and there isn’t going to cut it if your business is failing anyway. In the scheme of things, what’s a couple of thousand dollars to a big company?

“It is unfair and it isn’t worth it.”

“At Darwin City Hotel, we always ensure that we offer the best rates for our Territorians,” he said in a statement. “Direct bookings can be cheaper than bookings made through non-direct channels.

“At Darwin City Hotel, we are flexible and we will always honour the rate you were quoted through our direct channel no matter if you’re using a voucher or not. Prices can change everyday depending on the hotel/accommodation market demand and supply.”

When contacted about the price discrepancy, Chris Chaffe, general manager of the Mercure Crocodile Hotel, said: “At the Croc hotel, Territorians will always find a cheaper rate when booking directly at the hotel.”

$5.2 million voucher scheme part of “being the best”: Gunner

Chief Minister Michael Gunner announced the $5.2 million voucher scheme in June against a backdrop of local tourism businesses struggling through the pandemic.

“We are doing whatever it takes to protect as many jobs as possible through the coronavirus crisis,” he said at the time of the announcement.

“The Territory is the safest place in Australia because Territorians have been the best during this crisis. Being the best also means supporting Territory businesses.

“Every dollar spent in the Territory helps save a Territory job. So, when you spend a dollar, we’ll spend a dollar too. That will help support as many jobs as possible.”

The vouchers were valid for 30 days, and bookings and travel had to be completed by October 31, 2020.

Halikos Group was contacted for comment but did not respond.