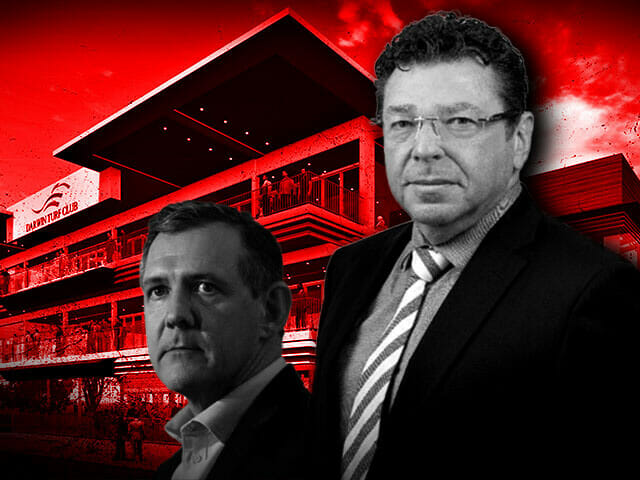 Mr Gunner moved to refer Mr Leonardi to the Public Employment Commissioner for his involvement in the grandstand scandal late last month, resulting in his resignation, yet mysteriously has not referred Mr Drabsch for any disciplinary action, despite Mr Drabsch being found to have engaged in a “duplicitous process” that was “utterly lacking in transparency” and failed to notify Cabinet of concerns about the grant application that was received less than 24 hours before the funding decision was made.

Mr Gunner has laid the blame for the scandal on his former chief of staff Mr Leonardi and the Darwin Turf Club board, but has not held the chief executive of the Department of Business, Trade and Innovation accountable for his actions in the scandal, nor accepted any responsibility himself.

The NT Independent can reveal that Mr Drabsch signed the $12 million capital grant agreement between the NT Government and the Darwin Turf Club, despite admitting to the ICAC that his department had not taken the time to sufficiently review the grant application that was submitted less than 24 hours before it was approved by Cabinet in June 2019.

Less than six weeks after signing the contract with the Turf Club, Mr Drabsch attended the Darwin Cup as a guest of chairman Brett Dixon, with coal giant Adani’s head of government and corporate affairs Paul Fennelly as his guest. It was unclear if Mr Drabsch declared the hospitality or any of the other events he attended at the Turf Club.

Mr Drabsch had previously worked on Adani’s loan application to the Northern Australia Infrastructure Facility while working for Price Waterhouse Coopers in 2017 and also previously worked for Santos before becoming chief executive of the Department of Business in February 2019, where he is paid more than $350,000 a year.

Mr Gunner celebrated the appointment of Mr Drabsch at the time, saying he had “deep experience with parliament, cabinet and budget processes” that would benefit the Territory.

Drabsch should have ‘warned’ Cabinet he did not analyse grant application: ICAC

Anti-corruption commissioner Ken Fleming found in his report that Mr Drabsch received the Darwin Turf Club’s hastily produced grant application from chairman Brett Dixon and the club’s CEO on June 13, 2019, and passed it straight to head public servant Jodie Ryan who saw that it was passed on to Cabinet for a decision the next day.

It remains unclear how the grant application was placed on the Cabinet agenda without the necessary notice. 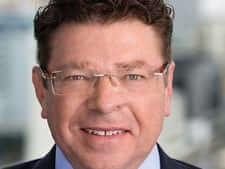 Mr Gunner, who was the Business Minister at the time, apparently did not seek advice from Mr Drabsch as to the merits of the grandstand’s business case and has refused to explain why he took it to Cabinet and approved the funding so quickly.

Mr Fleming found Mr Drabsch had a responsibility to inform Cabinet that the grant application was “spurious and ill-informed” but failed to do that.

“My concern remains that DTBI, Mr Drabsch having stated that there was no realistic opportunity to provide a formal analysis of the (Darwin Turf Club) submission, should have warned of that fact and cautioned Cabinet to investigate the matter further,” Mr Fleming wrote.

Mr Fleming also found Mr Drabsch and Mr Leonardi acted deceptively by making it appear that the grandstand project was being treated as a market-led proposal when they both knew that Cabinet would be approving the $12 million as a grant based on unverified claims of economic impact.

Opposition Leader Lia Finocchiaro said Mr Gunner must have been aware the submission was lacking crucial details before he and Cabinet approved it and called it the latest in a long line of “cover-ups” by the Gunner Government.

“If the Chief Minister is telling the truth that he didn’t realise it had [not] been circulated through his departments prior to that day in Cabinet, it just shows how incompetent he and his team are,” she said.

“It just shows how bad money managers they are.

“This blows the lid on the way in which the Gunner Government and the Cabinet operate.”

“I call on the chief minister to release the Treasury submission. That would have been attached to that cabinet submission if it had followed the proper processes. It is now time for the Gunner Government to clear the air, the Chief Minister is behaving like a coward and a liar, and if he’s neither of those things then he needs to come forward with irrefutable proof.”

The NT Independent previously revealed that recordings of a Turf Club board meeting days after the grant was awarded showed the board believed Mr Gunner had “found the solution” to get the grant through Cabinet by taking “the decision out of certain peoples’ hands”.

Mr Gunner has not responded to questions about those claims.

Drabsch told to investigate matter he was intimately involved in

Mr Drabsch was tasked by Mr Gunner with investigating whether the grandstand tender awarded to Turf Club chairman Brett Dixon’s construction company Jaytex was appropriate and above board despite calls at the time for the Auditor General to investigate.

Mr Drabsch found “due process had been followed”, despite the ICAC finding Mr Dixon had an advantage and was inappropriately involved in Turf Club board discussions during the open tender process.

It has never been disclosed how Mr Drabsch managed a perceived conflict of interest with one of his employees, Jason Finlay, being on the panel that selected Jaytex as the preferred tenderer or why he undertook the investigation despite having consulted with Mr Dixon about the grandstand project for months.

The NT Independent revealed yesterday that Mr Leonardi had told the ICAC that he was only “following instructions” during his involvement in the scandal. It was not clear what those instructions were or who gave them to him.

Mr Gunner has not commented on that revelation, nor did he respond to questions over why he has not sacked Shaun Drabsch for engaging in the “deceptive” conduct with Mr Leonardi.

Mr Drabsch also refused to respond to questions, including why he signed the grant agreement and did not tell Cabinet about the lack of a proper business analysis of the project and if he had disclosed all hospitality received from the Turf Club, including tickets to events valued between $500 and $900.

He also did not respond to a question about why his supposed investigation into the grandstand on behalf of the Chief Minister did not involve reviewing the minutes of Turf Club board meetings before the tender was awarded to Jaytex.

In his response to the ICAC findings, Mr Drabsch argued he and his department were not the subject of the investigation and therefore did not have official findings of improper conduct levelled against them.