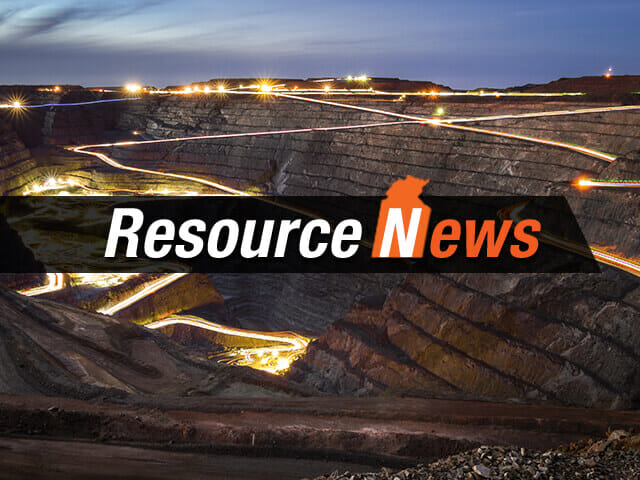 The NT Independent is providing you with an update of resource news from across the Northern Territory. This week, Core Lithium looks to ship its first shipment from the Finniss Lithium Project, the NT Government looks to scrutinise fracking projects, Empire examines its future and more.

Core Lithium (CXO) will be shipping its first spodumene concentrate by the end of 2022 from its Finniss Lithium Project nearby Darwin in the Northern Territory. CXO fast-tracked its operations with the arrival of the dry season fielding additional trucks and excavators.

The completion of the project’s onsite administration and IT complex will now allow staff to relocate from temporary facilities at Tumbling Waters. The company said moving the staff to the onsite facilities will reduce costs, improve operational efficiencies and heighten productivity.

CXO has also received initial environmental approval for its BP33 mine and has already submitted the BP33 Mining Management Plan.

“The submission of the BP33 Underground Mine MMP was a great achievement with formal approval anticipated from the NT Government in September,” Mr English said.

The company has employed all staff necessary for Finniss with 80 per cent of its staff living in Darwin. It has also gotten all outstanding drill essays from the BP33 and Carlton deposits. Initial indications show the potential for substantial resource increases.

Environment Minister Eva Lawler said a new online subscription service would be launched in line with the recommendation of the Hydraulic Fracturing Pepper Inquiry. This means that fracking projects will come under more scrutiny as the Territory strengthens alerts for major developments, the government said.

The new alert system would allow the community to have their say and keep up-to-date on drilling and hydraulic fracturing Environmental Management Plans (EMP) under assessment. The system would alert the public as soon as an EMP was lodged to the Department of Environment, Parks and Water Security, and would provide 28 days to comment.

“When it comes to our environment, transparency and accountability are crucial to ensuring the community’s trust in government processes and decision-making,” Ms Lawler said.

Empire Energy Group Ltd (EEG) said it has not been immune to the uncertainty in the international outlook brought about by increasing interest rates and energy costs reflecting negatively on the company’s equity valuations. Empire, however, said the notably increasing energy commodity prices in some markets could still be viewed as an opportunity ahead.

Empire equity valuations are seen to improve as gas demand is forecast to grow substantially as the world transitions to the new energy economy. Notably, a modest percentage of gas is used to create electricity globally. The company mentioned Shell’s recent World Energy Outlook which forecasts demand for LNG to grow from 380mt currently to 700mt by 2040.

The company cited its Beetaloo project in the Northern Territory, a major potential source of gas supply, enough to power Australian industry for decades. The Beetaloo project also enjoys the NT Government’s support.

Recently, Deputy Chief Minister Nicole Manison told the NT Parliament Estimates Committee: “The Beetaloo Sub-basin has the potential to transform the Territory’s economy and create thousands of jobs. Again, this is another important step in the diversification of the Territory economy.”

Empire said it will continue to position the company to be a major player in the Beetaloo moving from the appraisal phase toward production. It holds over 14.5 million acres of highly prospective exploration tenements in the McArthur and Beetaloo Basins, Northern Territory.