EXCLUSIVE: A recruitment agency embroiled in a NSW parliamentary investigation for reportedly shortlisting former deputy premier John Barilaro to a plum $500,000 a year trade post, is the same firm that controversially shortlisted Jamie Chalker for the NT police commissioner position amid allegations of corruption, the NT Independent can reveal.

It has been widely reported interstate this week that NGS Global shortlisted Mr Barilaro for the major trade post that has now been halted until an investigation ordered by the Premier and Upper House can conclude how the former deputy premier was determined by a hiring panel to be the best candidate for the job. 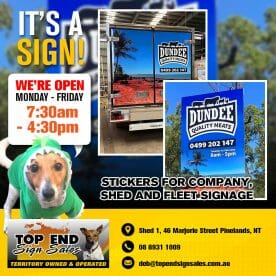 The NGS Global procurement matter was referred to the NT Independent Commissioner Against Corruption who provided a watered-down public report last year that redacted names and concluded that while breaches of procurement had occurred, the two senior executives were not guilty of “improper conduct” due to poor procurement rules. This is despite Ms Batten being in charge of governance in the chief minister’s department and Ms Mohr in the role of deputy chief executive, both with vast experience with government tenders.

The report also did not mention that one of the recruitment contracts NGS Global had won was for the police commissioner position.

Ms Ryan had set up the panel to hire the recruitment firm just one week after former commissioner Reece Kershaw announced his resignation to take the job of AFP Commissioner.

Mr Stedman’s report was critical of her defence of the flawed procurement process, that failed to show “any substantial evidence as to why it was considered that NGS Global’s experience was far superior to other tenderers”.

Ms Ryan said at the time that “DCM is strongly of the view that the right outcome from the assessment was achieved…”, but failed to back that up with facts.

Ms Ryan was previously asked about her involvement in the awarding of the recruitment contracts to NGS Global by the NT Independent last October, but refused to respond.

She also sat on the panel that received the NGS Global shortlist and recommended Mr Chalker as commissioner to Cabinet in 2019, the NT Independent understands, along with long-serving bureaucrat Greg Shanahan, who is currently completing a secret review of the ICAC Act at the request of Mr Gunner.

It remains unclear why NGS Global was the preferred tenderer for the recruitment contracts in favour of a number of local firms who had also tendered.

The ICAC report, authored by then-deputy commissioner Rex Wild last May after a referral by Mr Stedman, made no mention of NGS Global and did not name the senior bureaucrats or department involved.

It found that Ms Batten and Ms Mohr did not engage in “unsatisfactory conduct” due to confusing NT Government procurement guidelines, but also concluded the pair had “fail(ed) to adhere to best practice”.

However, the Stedman report highlighted both women’s professional qualifications and deep knowledge of procurement processes, finding the senior bureaucrats did not compare tenderers’ prices, that they did not document assessment discussions, that proper due diligence did not appear to have occurred and that referees were not checked.

“NGS Global was the only tenderer to have their scores adjusted upwards, receiving a maximum 10 out of 10 for both past and present performance and capacity,” Mr Stedman wrote in his report.

NGS Global had never completed work for the NT Government before winning the tender. The company ultimately shortlisted Mr Chalker as one of three top candidates for the police commissioner role ahead of other qualified candidates, including a senior Queensland assistant commissioner who did not make the shortlist.

Mr Chalker was then the chief executive of the Department of Housing, a role he was parachuted into in 2016 by the then-Gunner government after turmoil in the NT Police ranks where Mr Chalker was an assistant commissioner.

The Buy Local Subcommittee was reportedly furious last year at the ICAC’s failure to hold anyone accountable for the breaches of procurement in awarding the recruitment contracts to NGS Global, sources have told the NT Independent.

Minutes of a meeting of the buy local subcommittee, that were recorded verbatim at the request of chair Denys Stedman, were redacted before they were forwarded to the NT Government’s Procurement Review Board.

It is understood that board members were irate and raised concerns about the ICAC’s failure to properly investigate the serious allegations of corruption in the senior ranks of the Department of Chief Minister, with one member stating in frustration “what do we have to do to prove corruption here”.

The Guardian last night reported that an email from a NSW public servant in the John Barilaro matter showed NGS Global had been told the day before he resigned from NSW parliament that the government would be making the decision on the successful candidate for the trade envoy position as a “ministerial appointment” and that the company’s services were no longer required, after they had conducted “a considerable amount of work”.

The recruitment scandal has dogged the NSW Perrottet Government for a week with new information revealed daily.

NGS Global’s directors did not respond to the NT Independent‘s questions for this story, including a request to explain the full extent of their involvement in shortlisting Mr Chalker for the position of police commissioner.

NGS Global boasts that it is a “global search firm” that has the “best access in the world to…candidates” for senior executive positions in the public and private sectors, however Mr Gunner had claimed when appointing Mr Chalker to the role in October 2019 that his connection to the NT was crucial, so it remains unclear why NGS Global was hired to recruit for the commissioner position.

Mr Chalker also refused to respond to questions, including how he became involved with NGS Global and if he had been told to contact them by any public servant.