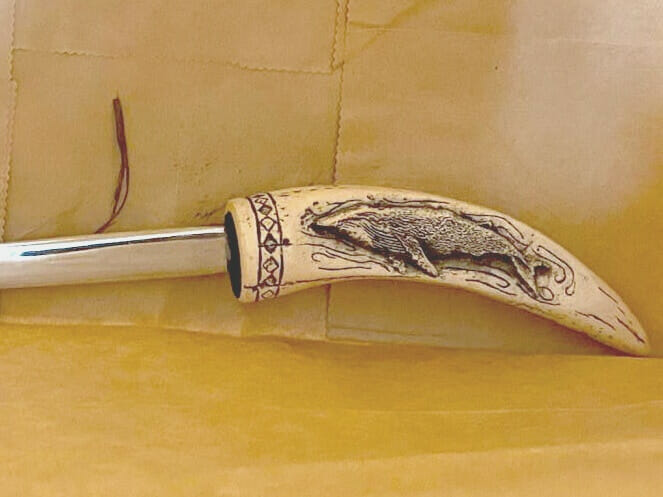 NT Police are seeking to locate the owner of a discarded letter-opener knife found in Ludmilla, as investigations into several unlawful entries and assaults last week in the area continues.

Police said the knife they located in Wells Street has a blade about 20cm long and a curved white handle made to look like a piece of bone with a diamond pattern and an image of a whale etched into it.

Police said they would like to find out where the knife came from and if this was used as a weapon during last week’s crime spree in the area.

“We do not know yet if this item is linked to last week’s unlawful entries or not, but police are investigating all avenues,” Detective Senior Sergeant Mark Bland said. 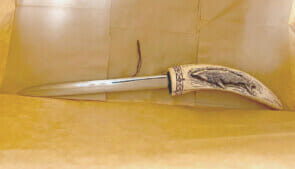 Police last week sent a public warning to residents in Ludmilla after multiple homes were broken into and a young girl and a woman have been assaulted in separate incidents.

On June 1, a young child was allegedly assaulted by an unknown man around 5:30pm on Lovegrove St, Ludmilla. The nature of the assault was not described by the police.

Investigators said the offender fled after the young girl’s sibling ran to help her.

Police said the man – who is still at large – is 165cm tall, with brown skin, black hair, wearing a white T-shirt with the number 53 on it, dark navy shorts, and no shoes.

On the same day, around 11pm a female resident in The Narrows was assaulted by an intruder who entered through an unlocked door. The motive or nature of the assault was also not detailed by the NT Police. It was not mentioned as well if there were anything missing in the residence after the break-in.

Northern Watch Commander George Matthews said last week that three out of the four break-ins in the Ludmilla area were due to unsecured premises.

“One unlawfully entry occurred when a door was unlocked by the offender by making a hole in the flyscreen and manually unlocking the screen door with their finger, as the door wasn’t locked by a key” Cdr Matthews said.

He added that “this is a timely reminder to ‘lock it or lose it’.”

Meanwhile, a 15-year-old boy was arrested and faced court in relation to a series of unlawful entries in Ludmilla. Police are still searching for other offenders involved.

NT Police urged the public who may have information on the discarded letter-opener knife or about last week’s assaults and break-ins to contact them on 131 444.