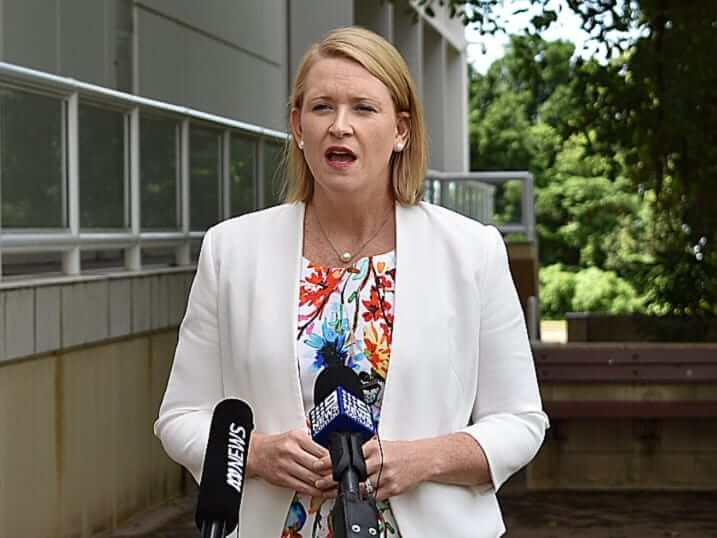 Police Minister Nicole Manison has blamed the recent spike in crime in Darwin on “extra people in town” due to “COVID factors” and said that the government and police brass are “working incredibly hard” on addressing “issues”.

Ms Manison was on Mix 104.9, where she spent most of the interview being asked about recent crimes causing people to feel unsafe in their homes and on the streets, but instead continually referenced “anti-social behaviour”, suggesting the Gunner Government would be releasing “more details” on how to tackle that problem in the future, but offering no solutions for the ongoing property crime plaguing the city.

“I just want to assure you that there will be a very hard press there on tackling those issues of anti-social behaviour,” she said.

“I just want to assure people that every day we have our police working very hard and those support agencies that work with us tackling these issues, but we will be doing more.”

Ms Manison said the reason that nothing has been effective to date was due to “very complex” issues.

“I think the issues of the Northern Territory are very complex,” she said.

“And again, the fact is, is we’ve got more poor people, people from the disadvantaged background, and higher levels of alcohol abuse than anywhere else in the nation. And the sad reality of it is, is that leads to crime and antisocial behaviour, domestic violence, neglect, a whole raft of issues associated with that. We do work to try to prevent these things from happening.

“And we do try to do the long-term policy change to drive that important systemic change as well.”

Ms Manison was unable to provide KPIs that would indicate the government’s alleged efforts at addressing the social factors that contribute to crime were working.

Asked if crime is the worst she has seen it, Ms Manison did not directly answer.

“There’s definitely a lot more people around,” she said. “There are a lot of people in town.

“We’ve made sure that we’ve put more resources around that anti-social behaviour effort. We’ve got the day patrols the night patrols, the 24-hour sobering up shelter that used to never exist.

“We’ve got more work that we’re doing in the anti-social behaviour space and we take this very seriously and we will be doing more.”

Ms Manison said crime is “a tough issue” to deal with.

“This is a tough issue,” she said.

“We’ve always had challenges in the Northern Territory when it comes to crime and anti-social behaviour and we all know why we’ve got those reasons. But we never stop working hard on it.”