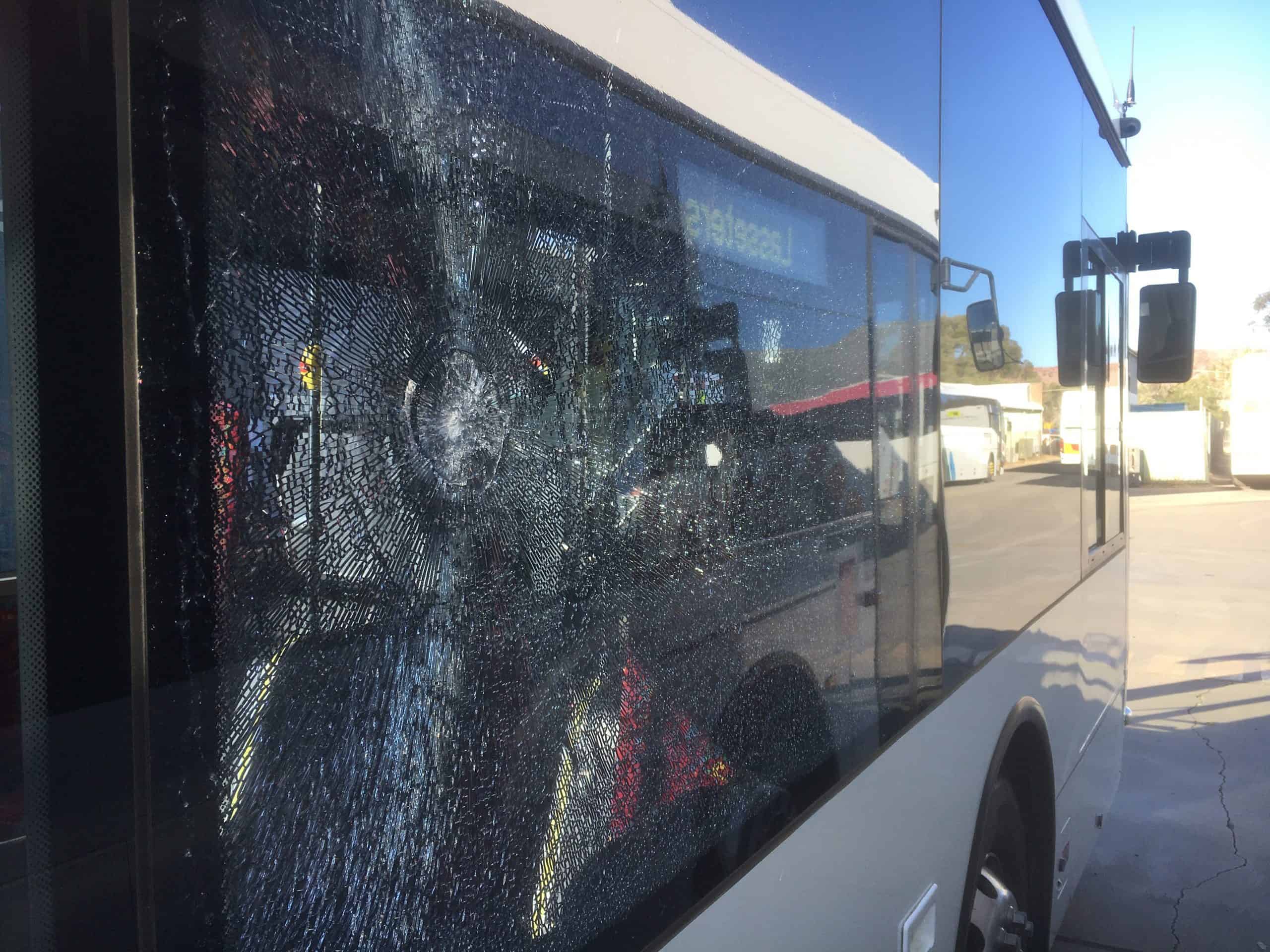 The 10-day festival lighting up Alice Springs and its economy has been rocked following reports of “total mayhem” during a crime spree leading to the cancellation and relocation of events away from the CBD.

The lights and sounds of Parrtjima were officially flicked on last Friday, September 11, with a Welcome to Country at Alice Springs Desert Park and hundreds of people flocking to Todd Mall, a pedestrian walkway in the centre of town.

But after just one weekend, described by some residents of Alice Springs as “total mayhem”, organisers of the event have decided to move events from the Todd Mall to Desert Park.

Incidents of rocks being thrown from the windows of stolen cars have been reported leading to the cancellation of a craft workshop and the public airing of the film The Sapphires planned to show at Todd Mall on Sunday night. 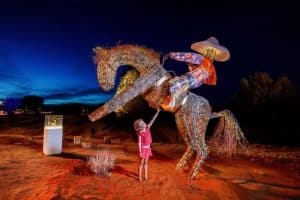 Organisers of the event released a “program update” on Monday afternoon outlining the relocation of events from the mall to Desert Park, about 8km away.

Top End Wedding, Bran Nue Dae, plus a number of ground-breaking documentaries, including The Australian Dream and In My Blood It Runs were expected to be played but have been cancelled.

“Please note, the film program has been halted this year and will return in April for Parrtjima 2021,” the organisers stated, while framing the move as a way to accommodate the increased interest.

After being rescheduled from April as the coronavirus pandemic forced Australia into a shutdown, and the country into a recession, expectations that the festival would somewhat revive Alice Springs were high.

However, one resident who wished to remain anonymous said it was a “town under siege” and that was the real reason the events were being moved.

“It says a lot about how scared the government is about what is happening in Alice Springs and what could potentially happen when people are throwing rocks from stolen cars,” she said.

A 12-year-old girl was left shaken and in tears after large rocks were thrown through the windows of buses transporting people to see the myriad festival installations on Saturday night, the resident said.

The Northern Territory manager of Australian Transit group Wayne Thompson was managing the operation of nine buses on the night of the incident, and is now counting the costs of two shattered windows. 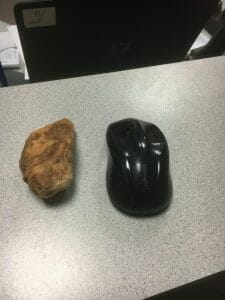 Wayne Thompson took a picture of the rock thrown through the window, shattering glass over a 12-year-old girl. Picture: Wayne Thompson.

It is not the first incident in Alice Springs, and he says it likely won’t be the last.

“Whenever we work through the night our biggest fear is that we will get a rock through our window,” he said.

For the 12-month period ending in June 2020, there has been a 13.7 per cent increase in assaults in Alice Springs, according to NT Police’s Southern Acting Commander Craig Laidler.

With resources overstretched on Saturday night, Mr Thompson said he was forced to catch the culprits when attempts to get a police team out failed.

“I saw four kids all under 14 years of age get onto another bus, we caught them and took them to the police,” he said.

“Police took them home and they owned up to throwing the rocks, and now they’ll probably go through diversion.”

One of the rocks hurled through a window landed at the feet of a young girl, shattering glass over her, Mr Thompson said.

He added he hasn’t considered stopping his bus service during events, but is having to seriously consider increasing prices to counteract the costs, which this weekend is amounting to $2000.

“Until the government gets on top of crime and stops this catch and release we see, we’re going to keep having issues,” he said.

“People don’t want to talk about it because they’re scared but it’s time for some leadership down here,” she said last week.

Ms Lambley’s comments came after a text had been sent to residents advising them to avoid the CBD due to “social unrest” on September 3. It was unclear who sent the text, after police reported they did not send it.