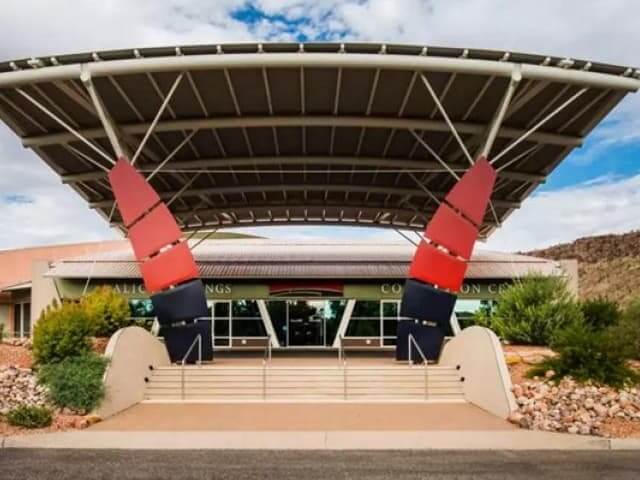 An NT Police officer was allegedly kicked in the chest while booking a man involved in an assault at Lasseters Casino in Alice Springs overnight.

Southern Watch Commander Adrian Kidney said around 11:30pm on Monday, police attended to a report of a break-in at the casino.

“The offender has entered through an unsecured balcony door and stolen a handbag containing a wallet and car keys,” Sgt Kidney said.

He added that the offender located the vehicle and fled the casino with the stolen vehicle.

Sgt Kidney said the vehicle was later seen by police being driven through the Alice Springs CBD multiple times.

He said a police chase has been pursued twice but had to be stopped due to the offender’s erratic driving.

Sgt Kidney said the vehicle is still missing but did not give details on the missing car.

In another incident at Lasseters Casino on the same night, Sgt Kidney said police were called to the casino when a patron had allegedly assaulted a hotel staff member, around 2:30am on Tuesday.

Details as to why the unidentified man assaulted the staff were not provided by police. He said the man was arrested and acted aggressively after arriving at the watch house.

“Whilst processing him at the reception area he kicked a police officer to the chest,” he said. “Fortunately, the officer didn’t sustain any injury as a result of the assault.”