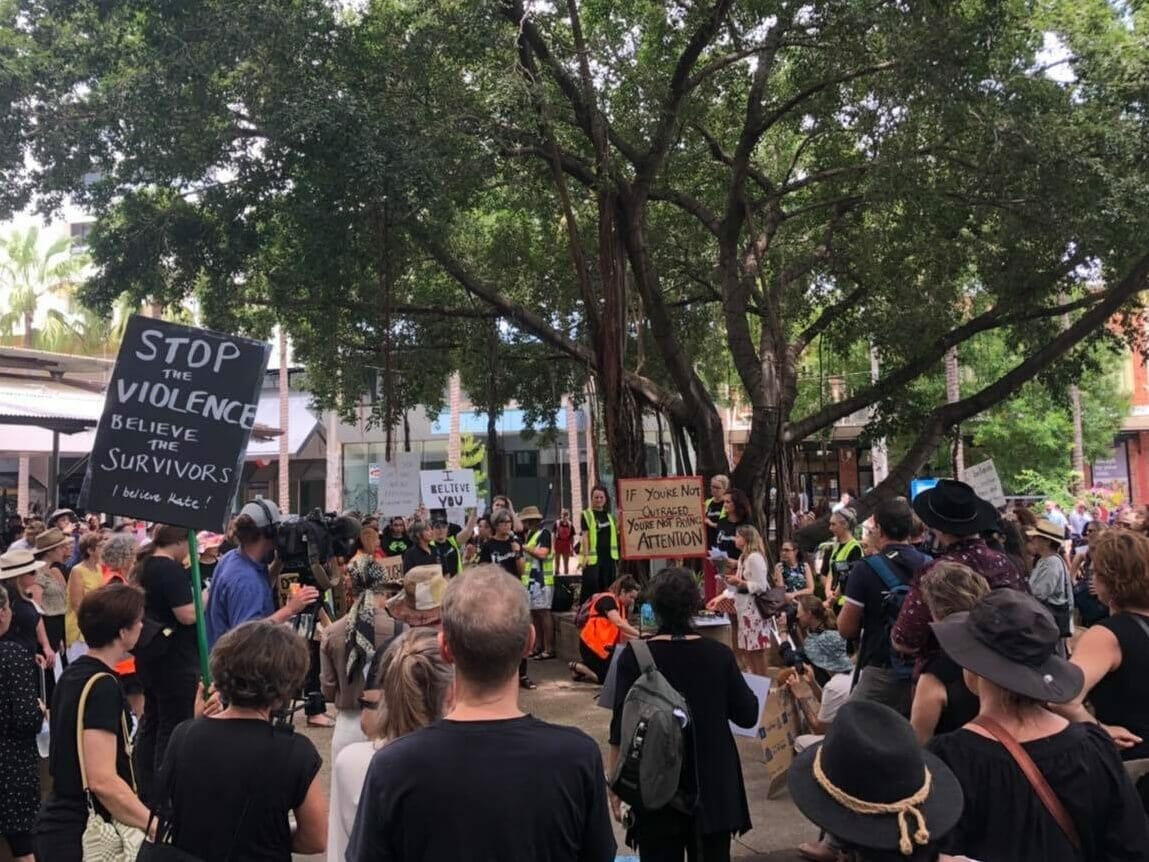 Tens of thousands of women hit the streets across Australia and the Northern Territory on Monday to condemn violence against women and call for gender equality in the workplace.

Australian women wearing black banded together for the “March 4 Justice” rallies that were held in more than 40 cities and towns.

In the NT, simultaneous protests were held at Darwin, Katherine and Alice Springs.

In Darwin, more than a thousand people marched through the CBD calling for better responses to domestic and sexual violence across the NT and for better rights for women.

The stories told at the rally reflected a wide range of personal experience, from women saying they are frustrated and angry, while also feeling exhausted about fighting for equality and the end of sexual harassment for so long.

They also said living in the NT presented unique challenges.

“We know they’re terribly low rates in the Territory of police actually following through with sexual assault complaints and people might say that’s because of a lack of evidence, but that doesn’t really correlate because we also simultaneously have the highest rate of sexual assault in the country,” said Sara Rowe, one of the organisers of the Darwin event.

Youth Justice Program Coordinator at Australian Red Cross Kaitlyn Anderson, who joined the movement in Darwin Raintree Park, wrote on Facebook that it was an “amazing turn out”.

“It’s disappointing that we’re still here having to fight this shit,” she said. “But here we are, fighting the fight.”

“The current government has been sitting on a review of the legislation for over two years,” she said.

“The longer they sit on this review, the female workers will continue to be harassed and sexually assaulted.”

A major demonstration was also held in Canberra following weeks of allegations of sexual assaults in parliament. 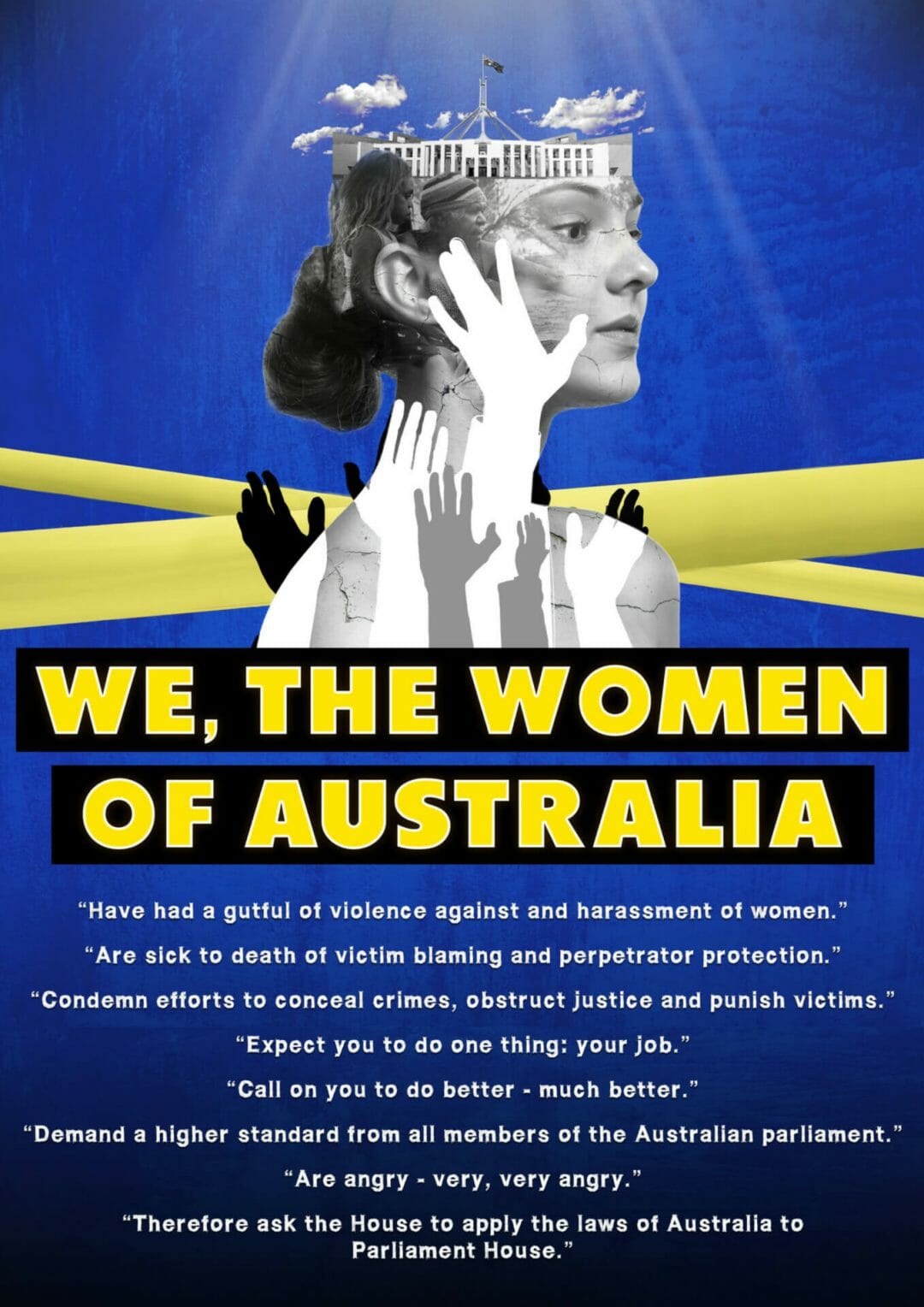 Former Liberal Party staffer Brittany Higgins, who has alleged she was raped by a male colleague at Parliament House, made a surprise appearance at the mass protest in Canberra to say she was speaking “out of necessity”.

“We are all here today not because we want to be here, because we have to be here,” Ms Higgins said. “We fundamentally recognise the system is broken, the glass ceiling is still in place, and there are significant failings in the power structures within our institution.

“We are here because it is unfathomable that we are still having to fight this same stale, tired fight.

“Together, we can bring about real, meaningful reform to the workplace culture inside Parliament House and, hopefully, every workplace, to ensure the next generation of women can benefit from a safer and more equitable Australia.”

In June last year, the Northern Territory Legislative Assembly ratified the passage of Sexual Offences (Evidence and Procedure) Amendment Bill 2019 to amend the previous act which means that sexual abuse survivors in the NT can now publicly speak out about their stories. The old law made it illegal for victims to name themselves publicly.