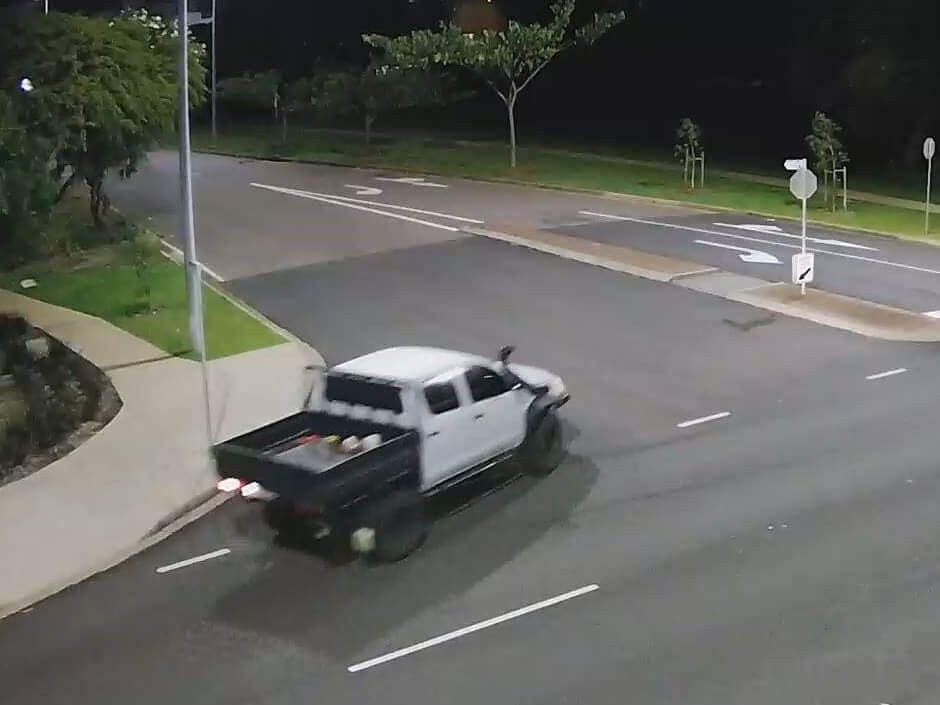 NT Police have released a CCTV image of a getaway vehicle used in an alleged robbery in Darwin city’s Wood Street where the victim was held at machete point.

Around 12:50am on Tuesday, a 20-year-old man was walking on Wood Street, when he was approached by an unknown male, who allegedly threatened him with a machete, demanding the victim hand over his wallet and mobile, authorities said.

Police Watch Commander Siiri Tennosaar said the offender took the belongings from the victim and fled in a white Toyota Hilux utility with a black tray.

“Thankfully, the victim was not injured but again we are appealing to anybody who may be able to help us with that matter to come forward,” Cdr Tennosaar said.

Police urge anyone who may have witnessed the incident or has dashcam footage of the vehicle pictured, travelling on Wood Street around the time of the incident to contact police on 131 444 or Crime Stoppers on 1800 333 000 quoting reference number 9583214.

Meanwhile, another snatching incident was also reported to police on Monday evening at around 8pm. It’s alleged a 44-year-old female was approached by three youths who snatched a bag out of her hand as she was trying to load groceries into a vehicle in Bakewell Shopping Center.