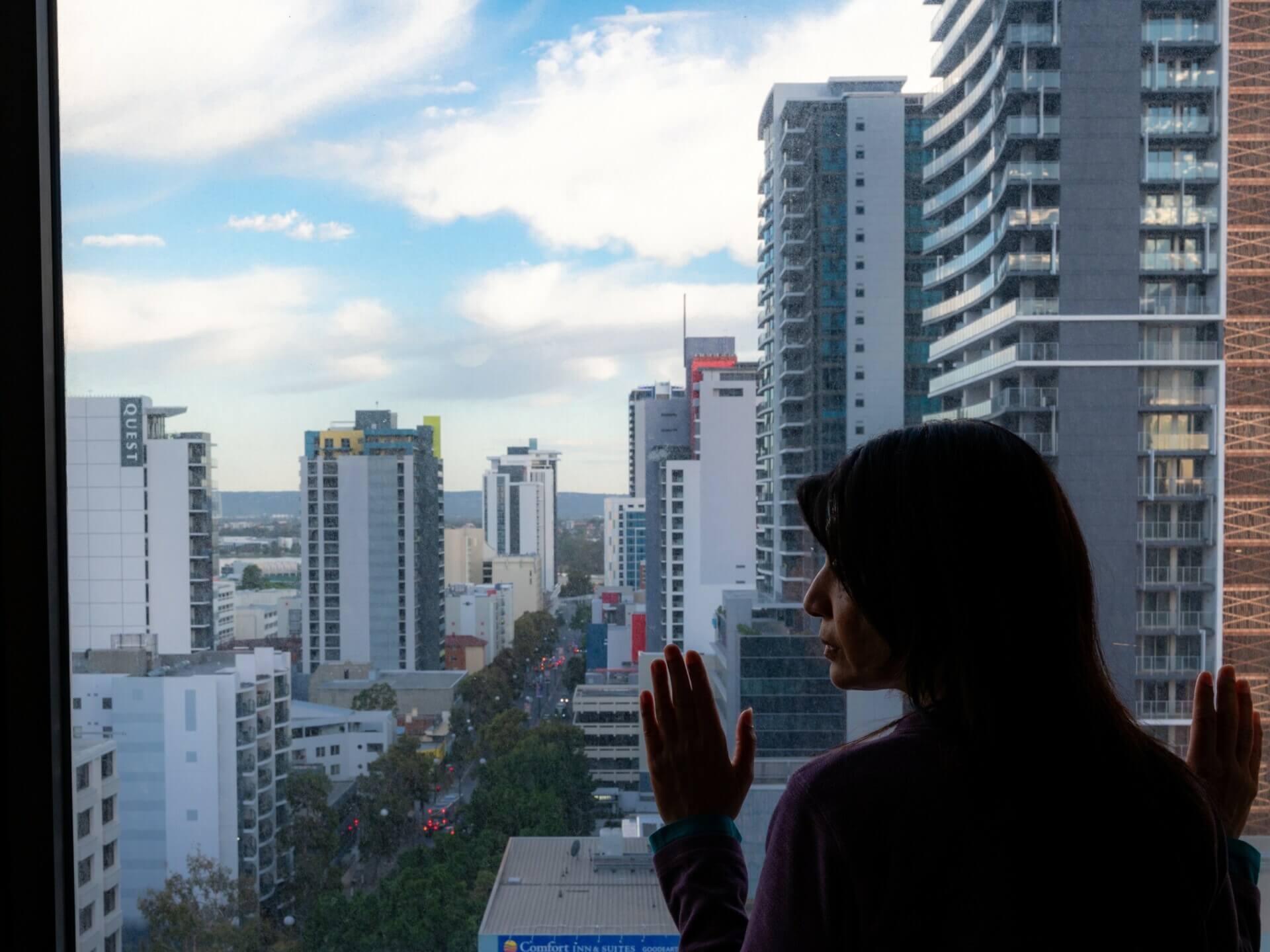 Perth and other parts of Western Australia have been declared COVID-19 hotspots while travel restrictions from nine areas in Sydney’s Western Suburbs have been relaxed, the NT chief health officer has announced.

The Perth declaration will legally require roughly 2000 people who entered the NT in recent days from Perth to get a COVID-19 test and self-isolate, while everyone from the region entering the Territory from Sunday night will face 14-day mandatory quarantine at Howard Springs.

Perth was ordered into lockdown on Sunday after a security guard working in a hotel quarantine tested positive for COVID-19.

WA’s health authorities said the security guard, aged in his 20s, was working at a hotel where four people in quarantine had active cases of the virus, including with highly contagious strains linked to the UK and South Africa.

Western Australia Premier Mark McGowan announced a five-day hard lockdown mandating people in the city of two million to stay at home, except for essential work, healthcare, grocery shopping or exercise, while visits to nursing homes are banned.

“Anyone who arrives in the Territory from the Perth, Peel and Southwest Regions, which covers 47 local government areas and within Australia will be directed into mandatory supervised quarantine,” Mr Gunner said.

“Anyone who arrived from these regions last week from Monday to yesterday, has been directed to isolate, get a test, and stay in isolation until returning a negative test result.

“There are about 2000 people in Territory that this direction now applies to.

“And it is not just some advice, or a suggestion to isolate, it is a legal direction from the chief health officer enforceable by law.

“There was a flight from Perth yesterday that landed in Alice Springs before continuing to Darwin, I can confirm that 39 people on that flight were from a hotspot area, and they’ve all been directed into isolation.”

“They’re no longer any travel restrictions to the Territory for people from Sydney are safe as we are, which means they are welcome,” Mr Gunner said.

Anyone currently in quarantine from the NSW areas will be released today.

Chief health officer Dr Hugh Heggie urged Territorians to remain vigilant and not to become complacent as the COVID-19 situation can change quickly.

“Personal behaviour including practising high levels of hygiene and physical distancing remain our best defence against COVID-19,” he said.

“It is also important the community continues to check-in at businesses and venues across the Northern Territory so NT Health can quickly undertake contact tracing if required.”