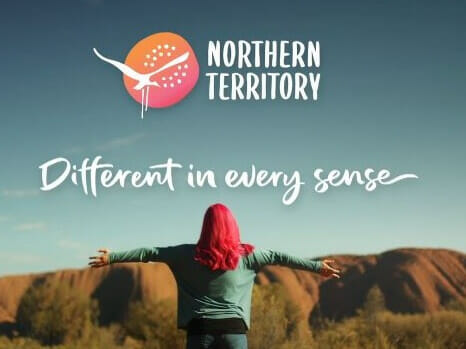 A new domestic tourism campaign that has been kept on the back-burner due to coronavirus restrictions has now been officially launched by the NT Government to attract interstate travellers in an attempt to salvage the Top End’s tourism industry damaged by COVID-19.

The government said it has spent $2.5 million to run the two-minute domestic marketing advertisement film, called ‘Seek Different’, across multiple platforms around Australia until the end of April.

It will be rolled out in cinemas, TV commercials, social media, national newspapers, and three weeks’ worth of Territory travel segments on Channel 10’s ‘The Project.’

Qantas and TripAdvisor have partnered with the campaign to promote deals for Australians looking to book the Territory as their next destination, the Minister for Tourism and Hospitality said in a press release.

Executive general manager of marketing at Tourism NT Tony Quarmby said the campaign was in the works before coronavirus pandemic hit and they had to put it on hold due to travel restrictions.

“Unfortunately, with the bushfires and COVID, we put that on the back burner, changed our messaging to more appeal to the sentiment that Australians were undergoing at the time so the anxiety, the nervousness, the fear of traveling, we had to change our messaging, over 2020,” Mr Quarmby told ABC Radio.

He stressed how badly the Top End was hit by the travel restrictions brought about by the ongoing pandemic, saying that local tourism operators lost $1.3 billion in revenue last year.

He also said that 18 per cent of the Top End’s workforce depends on tourism or one in eight jobs.

“To lose tourism is a major factor … for a lot of local businesses,” Mr Quarmby said. “We’ve got 62 per cent down by November last year. And that’s just domestic overnight visitation, that’s not even taking into account the international ramifications of COVID.

Mr Quarmby urged Aussies across the borders to “get out and seek something really different for their holidays and something to look forward to which the Territory can offer”.

“The Northern Territory isn’t trying to be different…it just is,” the campaign’s slogan states.