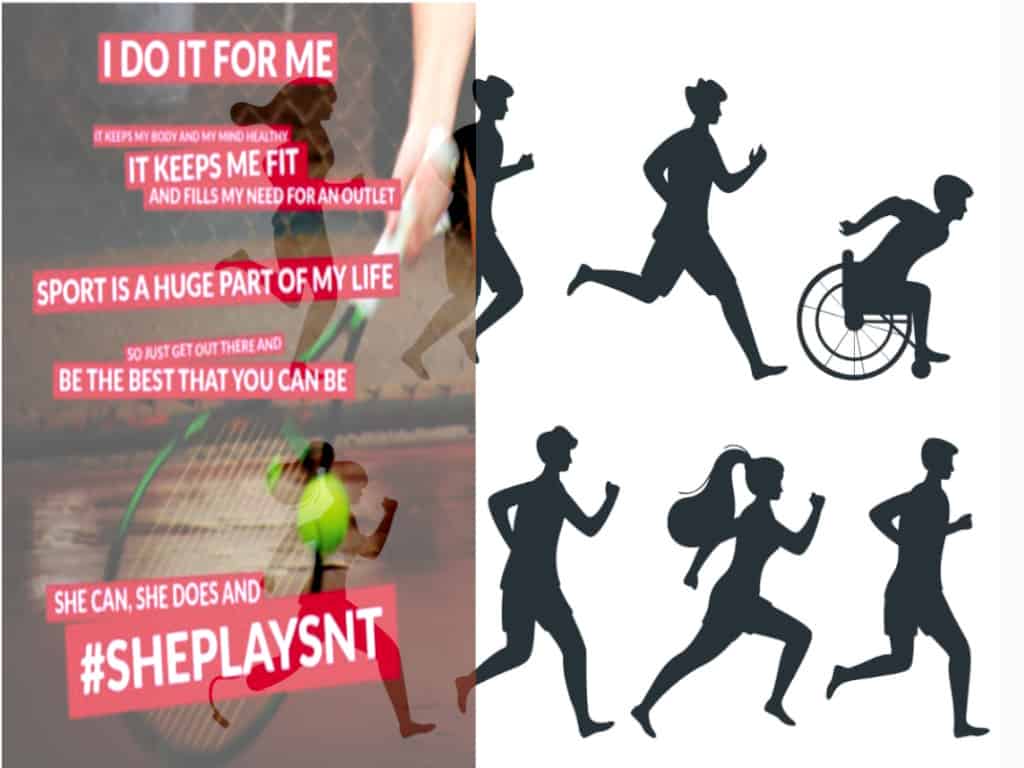 As sport slowly gets back on its feet in the Northern Territory, a new social media campaign has been launched by the Women in Sport Advisory Committee to encourage Territory girls and women to get involved in sport while raising their profile.

#ShePlaysNT is targeted at raising awareness for women in sports, promote gender equality, and encourage active participation and leadership in all levels of sport.

One of the campaign’s ambassadors, Darwin-born ABC sports broadcaster Shannon Byrne, has spearheaded the launching of the #ShePlaysNT.

Ms Byrne has a sporting background in netball, AFL and basketball and offers a unique perspective as a sports broadcaster with more than 13 years’ experience in the industry.

“I want more women and girls to have the opportunity to play sport at any level in a supportive, safe, and inclusive environment,” Ms Byrne said.

“We should have the same opportunities and exposure as the men, and I hope to help promote greater equality in all aspects of sport for our women and girls.”

Ms Byrne is joined by Territory women of all ages and disciplines including athletes, coaches, officials and other support roles as ambassadors of this campaign.

Territory women will get a chance to win $100 vouchers to purchase sports clothing or equipment for taking part in the campaign.

Participants will be asked to share a “workout selfie” over social media and hashtag #ShePlaysNT. One winner will be selected per month over the next six months.

Former chair of the Women in Sport Advisory Committee Louise Morrison said the program launch was an exciting culmination of a lot of hard work.

“It’s really exciting to see the recommendations from the Women in Sport Committee come to life,” she said. “The #ShePlaysNT campaign will instil confidence in women and girls, while promoting participation in sport at all levels across the Territory.

“The WISAC members worked tirelessly to develop recommendations that addressed key challenges and provided equal opportunities for women in sport. We encourage all women and girls to own the hashtag campaign and help to profile women and girls in sport.”

The Territory has produced a large number of successful female athletes including Abby Cubillo, who was the starting point guard for the Australian women’s under-17 basketballers and won gold at the 2016 FIBA world titles; Bo De La Cruz won gold with Australia at the 2009 Rugby Sevens World Cup in Dubai; and Nova Peris was the first indigenous Australian to win an Olympic gold medal with the Hockeyroos at the Atlanta Olympic Games and won two sprint gold medals at the 1998 Commonwealth Games.

Sport Minister Lauren Moss encouraged every Territorian to get behind the campaign.

“Get involved in the conversation and support women in sport by hashtagging #ShePlaysNT on social media,” she said.

More information is available at  https://dtsc.nt.gov.au/women-in-sport