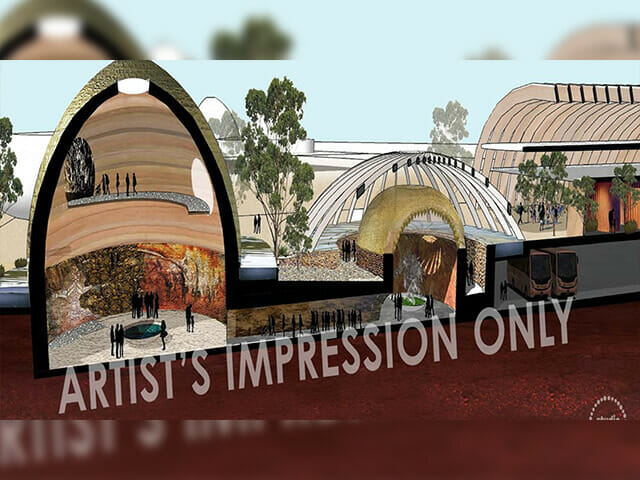 A Queensland-based architectural company has been awarded a $7.2 million to design the controversial National Aboriginal Art Gallery in Alice Springs, while a local firm will provide assistance on the design, the NT Government said, despite the total budget for the gallery expected to be up to $30 million more than the government has claimed.

BVN Architecture Pty Ltd was among dozens of tenderers who bid for the project, some of which were NT-based. Territory-owned Susan Dugdale & Associates (SDA) will meanwhile work with BVN to contribute their “local expertise” on Aboriginal culture and design.

“BVN Architecture has extensive experience in urban design and master planning, as well as commercial, residential and public projects; while Susan Dugdale and Associates has delivered a range of innovative projects for Aboriginal organisations in Alice Springs and across Central Australia and the Barkly,” the government said in a statement.

“In addition to the gallery, the much-anticipated Kwatye water play space will be incorporated into the area surrounding the gallery.”

The government has stated the gallery will cost $150 million to build, and that it would contribute $50 million to the project.

However, the government’s own strategic business case states that the cost is actually expected to be $150 to $180 million, “dependent on factors including site and design issues”.

The government has still not worked out who will cover the rest of the costs of the gallery.

“Now the acquisition process has been finalised we will work with the Australian Government and Opposition to secure the remaining $100 million to make this truly iconic project a reality,” the statement said.

“If they don’t back the project, the Territory Government will provide the additional funding in stages.”

Arts, Culture and Heritage Minister Chansey Paech said that the National Aboriginal Art Gallery will be an “iconic example of architectural excellence that will be the jewel in Mparntwe’s (Alice Springs’) crown.”

‘It was time to step out of the way so the NT government could get on with business’: Alice Springs mayor

The Alice Springs Town Council recently backed down from its five-year legal dispute over the forced acquisition of Anzac Oval for the National Aboriginal Art Gallery as the Gunner Government announced a sealed-deal reportedly worth $3.65m.

Last Friday, Chief Minister Michael Gunner and some Cabinet members held a media briefing at the Araluen arts precinct on the other side of town and not on the at Anzac Oval.

He touted that the National Aboriginal Art Gallery would lure 53,000 visitors annually, 200 jobs, and a $60 million boost to the Northern Territory’s economy.

He said construction will begin in late 2023 and is expected to be completed by 2025.

“The precinct will include open, family-friendly community green space, the Kwatye Water Play Park, and a new purpose-built home for Tourism Central Australia,” the government said in a statement.

The precinct will also feature shaded pathways, lighting and landscaping to connect the various elements of the precinct together and to the CBD to take maximise benefit for local businesses, the government said.

The National Aboriginal Art Gallery will act as the centrepiece of the precinct. The current site will be transformed into an open, family-friendly community green space and entrance to the precinct, the government added.

The Council will effectively hand over the site despite the NT Civil and Administrative Tribunal’s findings in September 2021 that the Gunner Government inadequately conducted due diligence in consulting with Traditional Owners over its acquisition of the land.

In January, Ms Lawler she had met with board members and the chief executive of the Lhere Artepe Aboriginal Corporation and had “ongoing communications” with traditional owners, the town council and Tourism Central Australia.

“I also continue to pursue meetings with Mparntwe custodians that I have not personally spoken with about the land acquisition,” she said two months ago.

Alice Springs Mayor Matt Paterson told the ABC in January that council “would not explore further legal avenues in the Supreme Court that would be costly and time-consuming.”

“We’ve gone to the end of the road,” Mr Paterson said.

“I understand that this is such a contentious topic, it really is. It’s probably been done wrong since the start, but we need to move on now.”

He said the council had represented concerns from the community and it was time to “step out of the way so the NT government [could] get on with business”.

Mr Paterson told the NT Independent this week that he will “absolutely welcome any investment in our town”.

“Council have also always advocated for the National Aboriginal Art Gallery in Alice Springs, that’s a project Council believes could be a game changer in our town,” he said. “I certainly think this announcement is going to be very beneficial for Alice Springs.”