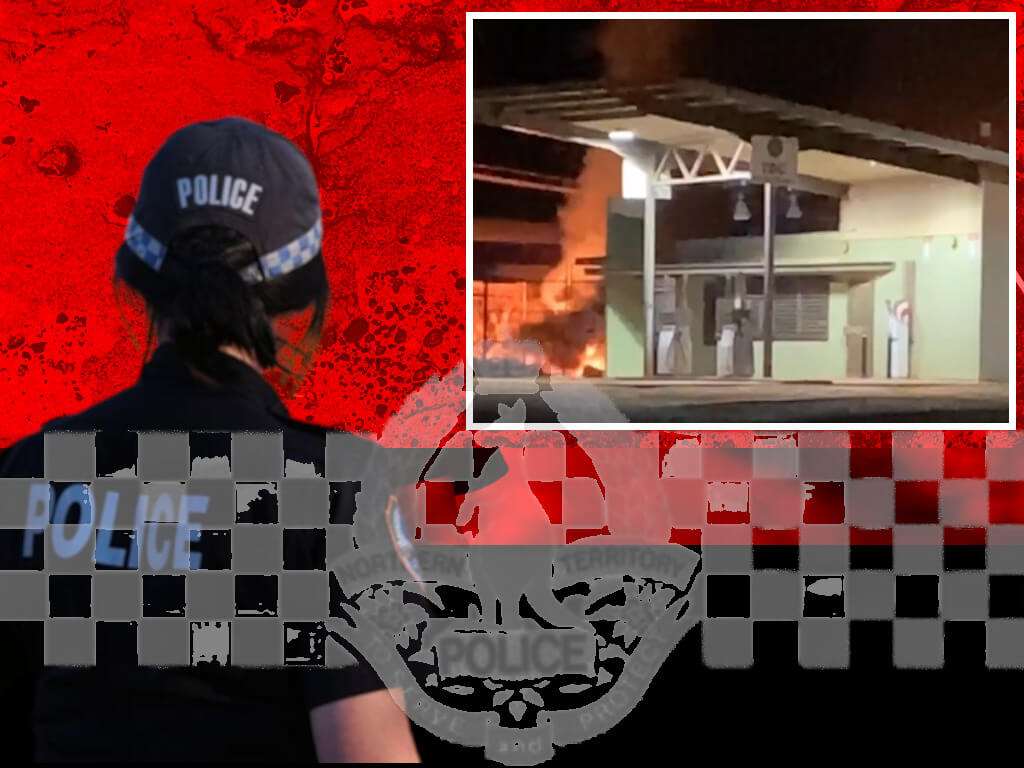 A fire in the mechanics workshop of the Thamarrurr Development Corporation on Saturday night caused structural damage, NT Police said, in the latest incident at the troubled community that has been the centre of unrest for months.

Media manager Rob Cross said police were investigating the fire in a business in Wadeye that started in the workshop about 7.30pm on Saturday, which caused oil drums to ignite and has damaged parts of the structure. But he did not detail how badly the building was damaged, or the total cost of the damage including the equipment.

He said the site was considered a crime scene and police were looking for witnesses.

The fire in the mechanic workshop in Wadeye. Picture: Supplied

A source told the NT Independent the building was the mechanics workshop of the Thamarrurr Development Corporation and they said there were explosions inside the building.

Videos and photos given to the NT Independent showed the fire threatened a service station with fuel bowsers.

They said since the latest reports of violence and destruction and mass homelessness in the remote community by the NT Independent last Friday, there had been even more houses destroyed.

Departmental information obtained by the NT Independent had showed a total of 98 houses have been damaged, with 59 of those significantly damaged, including 18 that had been burnt. There were 39 that had minor damage and have people back living in them. 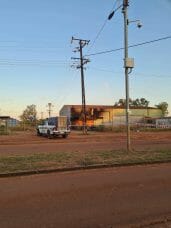 The next morning in Wadeye. Picture: Supplied