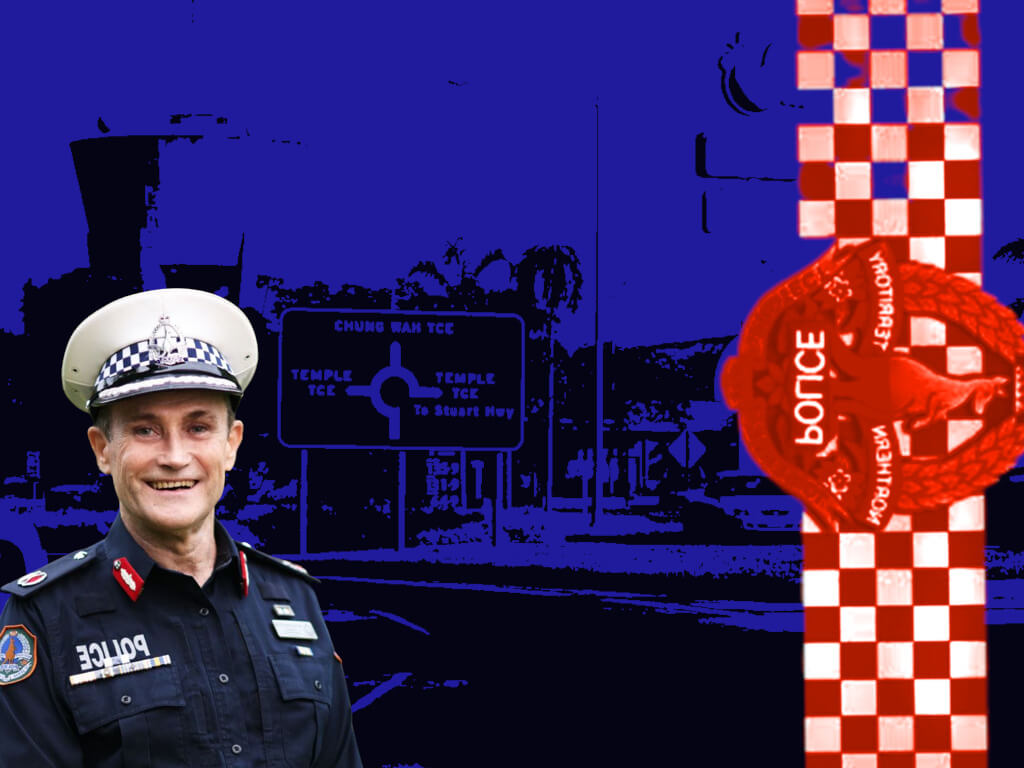 One police officer shot at a man in Palmerston six times yesterday while their partner tasered him “around the same time”, after he allegedly attempted to throw a spear at the pair, NT Police have said.

Assistant Commissioner Michael White fronted the media for a second day following the police shooting of an Indigenous man near units at the corner of Priest Circuit and Victoria Dr in the Palmerston suburb of Gray about 9am yesterday.

While he did not identify who the man was, or give his age, or even give a condition update – nor was he asked these questions by journalists – he did confirm the officers were following a blood trail at the time, and it was one officer who fired all six shots, while the other tasered him “around the same time” after they were allegedly threatened with a spear.

A later press release said the man was 19-years old.

Mr White did not say how many times the man was hit with bullets but said health experts would help them with that and ballistics experts would determine how far the officers were from the man at the time of the shooting.

He said both officers had body-worn cameras running.

“The information being provided to police and is clearly confirmed now, is the person who was shot was armed with a spear and was attempting to throw that spear at police officers at the time of the shooting,” he said.

“Obviously that will form part of the investigation more broadly but it is evident at that time that the officers were in danger, and they exercised their decision to use lethal force.

“As far as the circumstances of the actual event, I won’t go into anymore detail but certainly that is a critical part of the investigation particularly around the use of force.”

He said they were still investigating a prior incident, which he described as domestic violence, that led to officers being called to the scene.

“And as a result of that we still can’t say whether those two incidents are linked,” he said.

It’s understood the man was taken to Royal Darwin Hospital after being shot where health sources said he died from his injuries. However, police maintained at 12:30pm yesterday the man was undergoing surgery after being shot and was still alive and in a critical condition.

Mr White said police had contacted the shot man’s family, and “done everything we can to engage with them, so they can understand what the status of the investigation is to ensure they have a full appreciation of what occurred yesterday”.

The assistant commissioner released an internal message on Tuesday afternoon warning officers to be mindful about their safety when in uniform as a result of the shooting, and saying they had police guarding the houses of the officers involved.

The NT Independent on Tuesday reported that Police Commissioner Jamie Chalker was playing golf in South Australia despite the high profile murder trial of Constable Zachary Rolfe nearing its end. Mr White was not asked if Mr Chalker was back in Darwin, and gave no explanation as to why he had not made a public statement on the shooting.

Mr White said he met today with the officers involved in the shooting but not say if the police commissioner had also.

Meanwhile, one senior source said Mr Chalker left without appointing one of his deputy commissioners as the acting commissioner, leaving a power vacuum on a troubling day for the service.