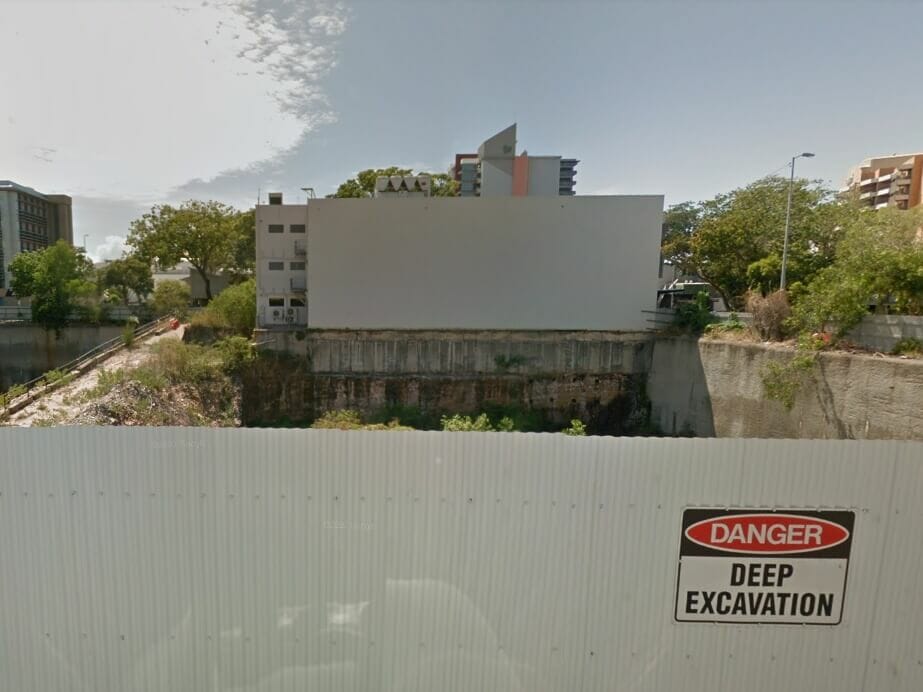 The giant Chinatown hole in the ground at Mitchell St on the corner of Mott Ct has been sold for $3.75 million to an undisclosed buyer after 20 years on the market.

The 5,630sq m excavated hole was originally put on the market for $23 million. It was snapped up by a mystery buyer for 84 per cent less than its original price tag, after two decades of sitting on the market.

Colliers International NT brokered the deal but did not disclose the parties involved in the sale or the plans for development.

In 2001, the land was sold by the Darwin City Council (DCC) to a joint Sydney/Darwin consortium on the condition of development of a Chinatown complex.

In 2016, the buyer had proposed a $90m mixed-used development including a hotel, office, and retail Chinatown project on what was then a 7,500sq m site.

The developer arrived on a final plan in 2010 for three buildings of between five and 28 stories.

But the plans did not eventuate and all that has been built at the site is a car park while most of the block remains a fenced-off hole in the ground.

The Darwin City Council initially took legal action against the consortium in 2010, but it was resolved through mediation. Details as to why the development did not proceed and the settlement remain confidential.

Real Estate Institute of the NT chief executive Quentin Kilian meanwhile welcomed the announcement of the new deal, describing it as a sign that investors are showing optimism in Darwin.

Chamber of Commerce NT chief executive Greg Ireland said he was thrilled to see another asset built in Mitchell Street and said hoped that the new developers would develop it quickly.