Letter to the editor: A rising tide of authoritarianism in Territory administration?

As a recently re-elected councillor to the Alice Springs Town Council, having had a term off owing to health issues, I’ve been surprised and deeply troubled by the level of bureaucratic and administrative interference, stepping across the essential divide between elected members and administration, that I have encountered this time round.

It appears the sheer bloody-minded arrogance, uncaring indifference of bureaucracy, we witnessed again and again over the COVID-19 period, in the name of our “safety”, has crept into many levels of bureaucratic thinking.

How easily democracy has been given up, devalued, shoved to the side as COVID-19’s diligent bureaucrats worked quietly away from any oversight, adding reams of tapes in varying colours, to the system. Their untiring self-confounding efforts to tape and define every level of government having one unswerving outcome: the lessening of elected power in favour of administrative control.

At councillor level, this manifested itself from day one, in a much greater presence of an empire-building Local Government Association of the Northern Territory, and a virtual assault on newly elected members with instructive language, codes of conduct, codes of responsibility.

All set out in templates from LGANT that we are supposed to ratify. Containing so much self-confounding definition as to make fearless comment, criticism and oversight by elected members, almost impossible.

All this was firmed in newly elected members thinking by a administration-backed lecture from the Officer of the Independent Commissioner Against Corruption, within the first couple of weeks. And the inclusion of the OICAC charter in the code of behaviour template.

One template even requires councillors to input complaints from constituents through the normal means available to the public, rather than bringing them to a meeting! Huh? 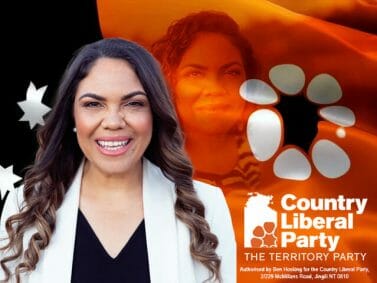 Doesn’t it then follow that in this scenario, the community is left without an avenue of appeal if the system doesn’t produce results?

Just as we’ve witnessed on many occasions over the COVID-19 period how easily the role of elected members is constrained.

Next, we will begin to ask why have elected members at all?

The we ‘arrive’ at destination Authoritarianism!

We need to understand the creeping insidious mechanics that have led us to this place. I’m not sure that many have read ICAC’s charter, but it includes a section called anti-democratic behaviour which outlaws any behaviour that could be construed as anti-democratic in intent, also making it mandatory to report any observed form of this behaviour.

It is my intention with this open letter to the editor to notify the ICAC Michael Riches that it is my belief that LGANT’s apparently enacted mandating of ‘training”, along with much of the templated content around the codes, is clearly anti-democratic in its intent. Or is so poorly thought out that it allows for abuse in this manner.

I, as a democratically elected member formerly reject any mandated instruction from LGANT, or any other government body, as any such mandate automatically places a constraint or condition, other than those set by the electoral office, on those who can be an elected representative.

Yes, they’re effectively guiding and training, what an elected members can say. One of the templates even requires a councillor not to criticise council or its officers.

Yep, it all sounds remarkably like Hong Kong, doesn’t it?

It seems we are going to have to take back control, or lose our voice, followed by what’s left of our freedoms.

Territorians should acquaint themselves with the ICAC charter regarding anti-democratic behaviour. And think long and hard before complying with any legislation from LGANT or any other government institution that could be considered as breeching that charter.

Value our democracy above all else people. Demand its survival, it’s our hardest won freedom. Millions died over centuries to achieve it.

Now more than ever, with China impinging our horizons, and Russian inflicting horror on Ukraine, we should understand and value our democracy.

Let nothing, no matter how small, go by that might weaken or threaten its existence.