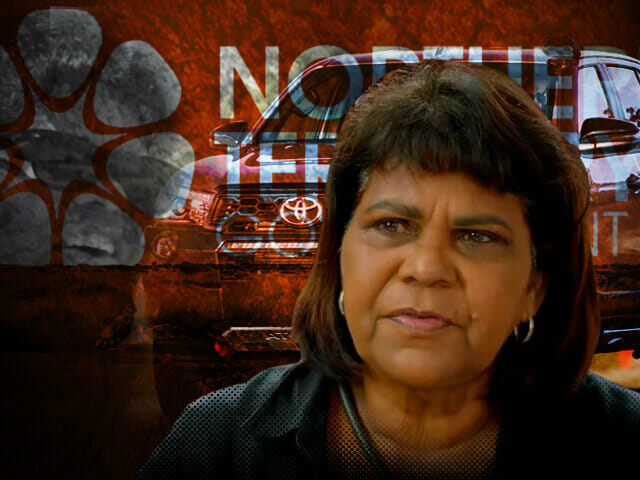 Labor candidate for Lingiari Marion Scrymgour has been photographed unloading a marked NT Government vehicle with Labor campaign material in a remote community, raising questions about the Labor Party’s use of public resources for campaigning during the federal election in remote areas.

Concerns have also been raised over the message the use of the NT Government-branded truck sends to remote community members during the election, which has been referred to the ICAC and the Australian Electoral Commission to be investigated.

The photograph, taken on May 10 outside the Milikapiti polling station around 9am and obtained by the NT Independent, shows Ms Scrymgour unloading a box understood to contain how-to-vote cards, a corflute of Senator Malarndirri McCarthy and other Labor paraphernalia. 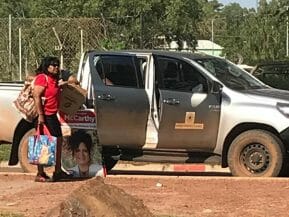 The NT Government logo is clearly visible on the driver’s door. Sources said Ms Scrymgour had also used the vehicle in other remote communities during the campaign.

The person who took the photo told the NT Independent that the Hilux had come in and out of, and around, the community throughout the day and verified the boxes and bags were full of red Labor t-shirts and how-to-vote cards that Ms Scrymgour distributed.

“Both Marion and the ALP have serious questions to answer over misuse of taxpayer resources for electioneering,” they said.

“I’m also concerned about the staff member because … whether it’s a personal relationship she’s got with that lady, she’s really compromised that NTG employee.

“It’s just a very typical case of community exploitation in my mind.

“I think it’s it’s terrible that Marion’s done that because she should know better. She’s been around long enough. 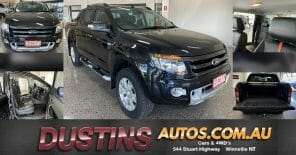 “From a community perspective, usually the people that are working in government positions, usually that’s a trusted source. So to see that [government] person with the Labor material in it is like a public endorsement [by the NT Government], that this is the way you should vote. It can influence votes in that way.”

Ms Scrymgour’s Labor campaign team did not respond to repeated requests for comment or answer questions, including how Ms Scrymgour came to have access to the truck, if she would be disclosing the use of the truck to the Australian Electoral Commission in accordance with reporting obligations for campaign expenditure, if it was an official in-kind donation by the NT Government or if the government would be disclosing it to the AEC.

Ms Scrymgour is a former Labor deputy chief minister and was most recently the chief executive of the Northern Land Council.

The Fyles Labor Government used Question Time in NT Parliament on Thursday to respond to every question with a plug for federal Labor Leader Anthony Albanese, raising objections from independent MLA Robyn Lambley who said she found the electioneering in Parliament “offensive”.

Former chief minister Michael Gunner and his office staff are currently under investigation by the ICAC for possible campaign travel rorts during the 2020 NT election, in which his brother-in-law and then-deputy chief of staff approved $40,000 of taxpayer funds for travel, including to remote communities in close seats on the same days remote polling was occurring, in contravention of caretaker provisions. 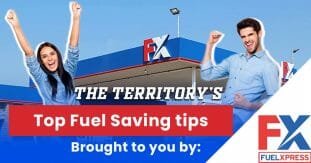