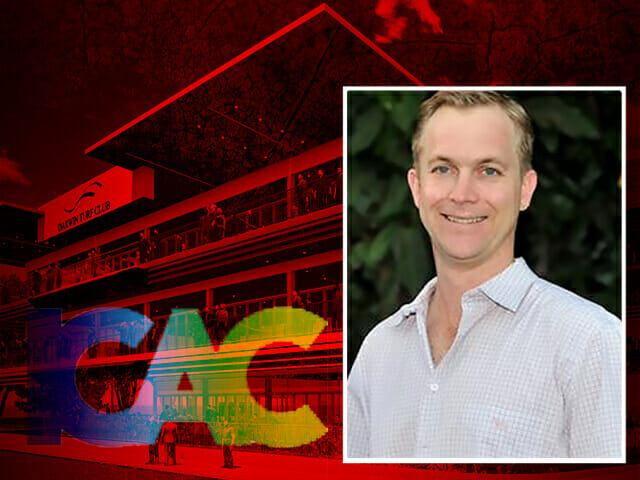 UPDATED: The ICAC did not provide procedural fairness to former Darwin Turf Club board member Damien Moriarty before publishing adverse findings that he breached the public trust over his role in the $12 million taxpayer-funded Darwin Turf Club grandstand, a Supreme Court judge has ruled, and that the ICAC acted outside of his jurisdiction in making the findings.

The decision has resulted in the ICAC pulling the entire Turf Club report off its website for the time being.

Mr Moriarty took legal action against former Independent Commissioner Against Corruption Ken Fleming last year over the report into the controversial grant for the grandstand that the club’s board ultimately awarded to then-chair Brett Dixon’s construction company.

Mr Moriarty argued he was not provided procedural fairness or natural justice before the adverse findings were made against him in the final ICAC report released last June, which included the breach of public trust and “unsatisfactory conduct” findings related to public comments Mr Moriarty had made that Mr Dixon had not been involved in the tender selection process.

Justice Judith Kelly ruled on Thursday that the ICAC had not provided Mr Moriarty procedural fairness before publicly releasing the report with the adverse findings against him. 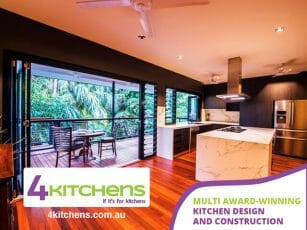 “The defendant failed to afford the plaintiff procedural fairness by failing to ensure that he was given notice of a proposal to make findings of unsatisfactory conduct and breach of public trust against him in his capacity of a member of the Darwin Turf Club Incorporated Board and to afford him the opportunity to respond to such proposed findings,” she said.

She added that the ICAC failed to give Mr Moriarty “a reasonable opportunity to respond to proposed findings that he was guilty of unsatisfactory conduct and breach of public trust” as a member of the board and had breached Section 50 of the ICAC Act “and accordingly had no jurisdiction to make those findings against him”.

The decision led to current ICAC Michael Riches pulling the entire Turf Club report from the ICAC website, “in order that the content of the report can be reviewed in light of the Supreme Court’s declarations”, he said.

It is unclear when or if the report will be re-published on the website.

Mr Moriarty’s legal team had argued that he was not informed at any time that he was under investigation by the ICAC and therefore did not anticipate the adverse findings against him.

“The defendant misled the plaintiff into believing that he was not under investigation at the time of the Second Examination. That may have led the plaintiff to refrain from taking the steps referred to [earlier],” Justice Kelly wrote in her ruling.

“However, the plaintiff did not give evidence that he would have [taken a different course of action], and has therefore not satisfied the onus of establishing that he has suffered a practical injustice as a result of the defendant’s failure.”

Justice Kelly rejected that the ICAC had provided Mr Moriarty with all of the proposed findings of unsatisfactory conduct relating to the entire board and that that had affected his ability to respond to primary facts. He had only been provided with the proposed adverse findings against himself.

“And by taking the quite extraordinary step of directing the other Board members not to disclose that information to the plaintiff on pain of criminal sanction, the defendant deprived the plaintiff of knowledge of the issues,” she wrote.

She dismissed 10 other arguments Mr Moriarty made, including that the ICAC was not authorised to publish the report into the awarding of the $12 million grant to the Turf Club.

The ruling is expected to have implications for Mr Dixon’s impending court hearing, scheduled for the last week of July.

One of Mr Dixon’s arguments is that the publication of the report was “unlawful” – a point Justice Kelly rejected in Mr Moriarty’s matter.

Mr Moriarty said outside court this morning that he was “relieved by this win”.

“My legal team and I will be reviewing today’s decision, and I am limited by what I can say as I have a significant complaint accepted by the Inspector of ICAC that was paused pending the outcome of this case,” he said.

“Today the court found I had been denied natural justice and procedural fairness I am relieved by this win. It has been a long and arduous road, and I thank my family, my friends and my supporters for backing me.

“Today’s decision doesn’t undo the past two years and the personal toll it has taken on me and others from the Darwin Turf Club at the hands of the NT ICAC. The mental cost, the destruction of friendships, the erosion of belief in a fair go, all whilst bound to silence is not something I would wish upon anyone.”

The Darwin Turf Club is also taking legal action against the ICAC’s adverse findings against the entire board and the club itself.