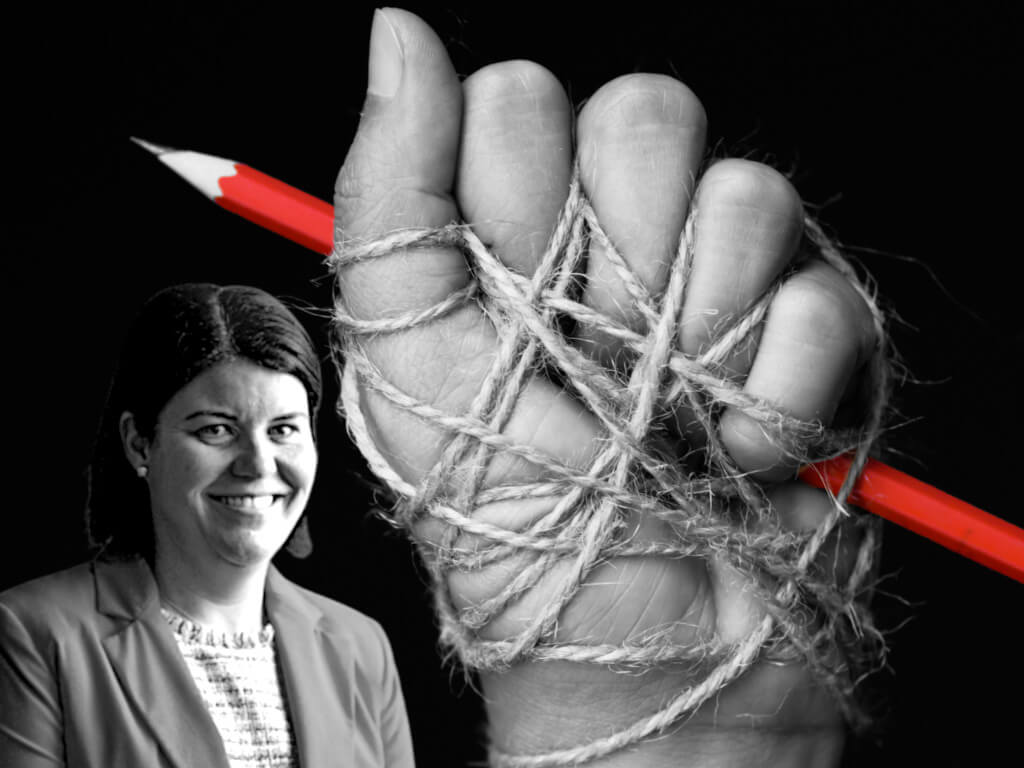 Ms Fyles was asked during Estimates hearings on Tuesday if she intended to continue former chief minister Michael Gunner’s illegal ban on the NT Independent that saw him block this publication from attending his minister’s press conferences and obtaining information from government departments.

“I’ve been subjected to derogatory comments on social media,” she said.

“Certainly in terms of freedom of, of accredited media and equally media that will provide an unbiased view, we’re always willing to consider that but there’s no policy position as such.”

The move has been widely condemned by the Media and Entertainment Arts Alliance, constitutional law experts, the Alliance for Journalists Freedom, the ABC’s Media Watch program, an international journalism body and others who have all called for the ban on the NT Independent to be lifted and for the NT Government to respect fundamental democratic principles.

MEAA media section director Adam Portelli said every other Australian government was prepared to front the media and be subjected to legitimate scrutiny of their activities.

“The media serves an audience in the public interest because the public has a right to know what our governments do in our name,” he said. “In a democratic jurisdiction with a free press, governments and state institutions should not attempt to pick-and-choose the news outlets that can legitimately scrutinise and report on government and legislative activities. That is undemocratic.”

Mr Portelli said the NT Independent is bound to observe the MEAA Journalist Code of Ethics and had assured the union the paper reports independently, without editorial influence from its proprietor, advertisers or sectional interests, and is a bona fide independent news outlet.

“We hope that Chief Minister Natasha Fyles and the Northern Territory Government will support a free press and in particular the role journalists and the media play in ensuring a healthy functioning democracy,” Mr Portelli said.

Under questioning from independent MLA Robyn Lambely at Estimates Ms Fyles said there had been “no direction issued by me” to ban the NT Independent from attending government press conferences and receiving information from government departments but added inexplicably that the online publication was not “reputable”.

The ban on the NT Independent was enacted by Mr Gunner in contravention of the MLA Code of Conduct legislation that states all MLAs must foster freedom of reporting and the independence of the public service. The government used its numbers in Parliament last year to prevent a motion to refer Mr Gunner to the disciplinary committee for the breach.

NT Independent editor Christopher Walsh said Ms Fyles needed to explain her comments and questioned why numerous emails and messages seeking clarification on the status of the paper and offers to work with Ms Fyles to resolve the situation have been ignored.