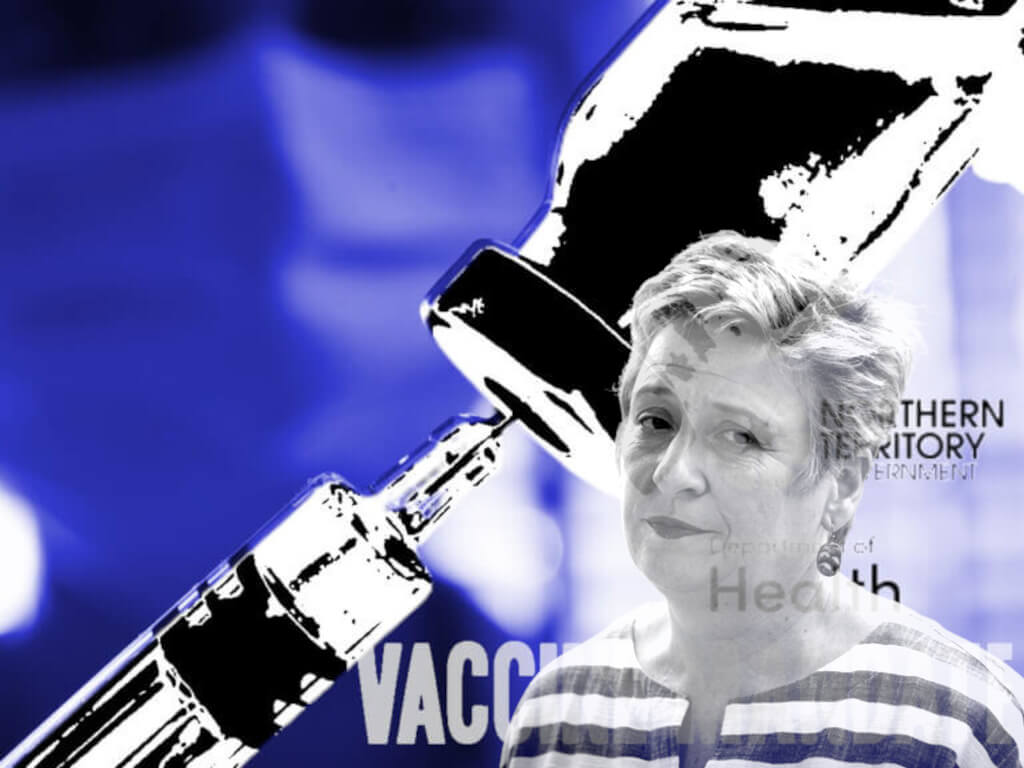 A Northern Territory teacher who was sacked over the COVID-19 vaccine mandate has been reinstated and awarded backpay, after the Fair Work Commission ruled in her favour, in a case that exposed the government’s failure to consider “reasonable” personal health concerns of employees.

Anna Gikas, a teacher at Dripstone Middle School, had postponed her first appointment to receive the COVID-19 vaccine out of concerns for her health after her sister, ABC Darwin journalist and presenter Eleni Roussos, had developed pericarditis after receiving the first dose of the Pfizer vaccine and was hospitalised for a week in early November 2021.

The Fair Work Commission heard that Ms Gikas had scheduled an appointment with a cardiologist to have her heart checked before receiving the vaccine after consulting her doctor, however a shortage of medical specialists delayed the appointment, which subsequently delayed her first dose of the vaccine.

The NT Government had ordered that all public servants receive the first dose of the COVID-19 vaccine by November 13, 2021, or not attend their place of work.

Fair Work Commissioner Bernie Riordan found Ms Gikas’ reason was “understandable”, however the Department of Education did not think so and terminated her 12-month contract, despite Ms Gikas having been on approved carer’s leave that the commissioner found created “zero chance of the applicant, or the school, breaching CHO Direction No. 55”.

“No employee should be terminated for following their doctors’ advice to get a specialist medical opinion – particularly when there is no chance of breaching the CHO Direction No. 55,” he wrote.

Despite Ms Gikas writing to department chief executive Karen Weston to specifically explain her issue, Ms Weston wrote back saying she had not received any correspondence and was terminating her contract for not being vaccinated as of November 13.

“I suspect you are unable to perform the inherent requirements of your position,” Ms Weston wrote to Ms Gikas before sacking her on November 26.

Ms Weston later wrote to Ms Gikas to acknowledge she did receive her email explaining her situation and that she had “carefully considered” the response, but still sacked Ms Gikas because Ms Weston had determined she had not met the requirements of the CHO’s directions.

Ms Gikas later received her first dose of the Novavax vaccine on March 9, after advice from her doctor, and her second dose on April 1, 2022.

The Fair Work Commission found that Ms Gikas was sacked “due to poor or incorrect communication” on the part of the Department of Education chief executive Karen Weston and school officials and that Ms Gikas had made the school and the CEO aware of her reasonable circumstances.

“The department should have investigated this issue rather than simply conclude that there was some sinister and predicated motive of the Applicant,” they wrote in their findings.

“The fact that the majority of the Applicant’s peers and colleagues had already complied with CHO Direction No. 55 does not, of itself, identify the Applicant as an anti-vaxxer or an employee who was not going to comply with the Direction.”

“On the basis that the Applicant was on approved leave until the end of the school term, and that even the CEO [Karen Weston] now concedes that it would have been fair for the Applicant to see her cardiologist before receiving a COVID-19 vaccine, I find that the Respondent did not have a valid reason to terminate the Applicant,” Mr Riordan wrote.

“The decision to terminate was indefensible and lacked common sense.”

He added that the termination was also “harsh and unfair”.

The commission ordered that Ms Gikas be reinstated to a teaching job, on the condition that she receive her third dose of the COVID-19 vaccine by July 21, and that she be awarded backpay to the date of her second vaccine on April 1, and continue until she is placed in a new teaching role.