‘If the ship goes down we all drown’: Litchfield resident says mayor sacked CEO partly over motion to overturn speed limit increase 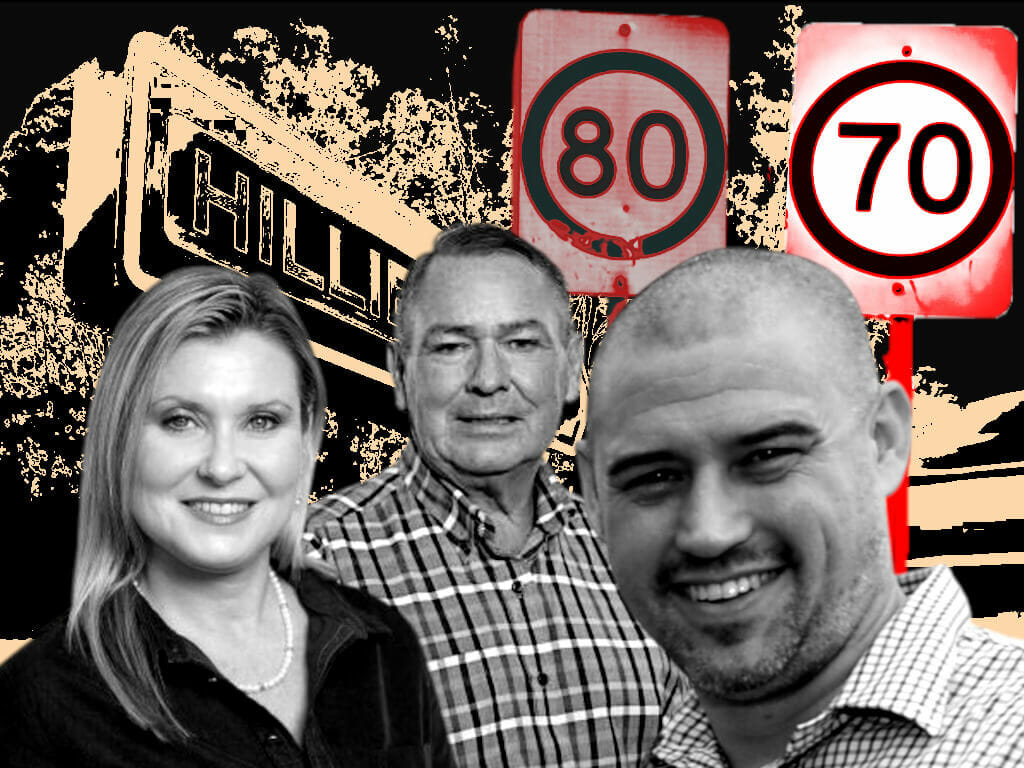 The Litchfield Council will not say if the chief executive officer or a councillor wrote a notice without motion for its January meeting overturning the Girraween Rd speed limit increase, but a resident who filed a freedom of information application on the matter says Mayor Doug Barden told him the former CEO wrote it, and gave it to a councillor to propose as her own.

Documents show council may have been referred to the NT Government to be sacked for its “highly irresponsible” decision to increase the speed limit without community consultation and ignoring expert advice.

In an email obtained through FOI laws dated December 22, 2021, eight days after council had voted to increase the speed limit against advice, one councillor wrote to his colleagues that it was not the executive’s remit to bring on reports or motions challenging a council decision.

Further correspondence showed that the councillor who proposed the January motion, Rachael Wright, had reservations about a fundamental part of the draft motion sent to her by the CEO’s assistant, which appeared to show she did not have input into drafting it, the resident said.

In yet another email, the mayor said he had considered holding a special council meeting to deal with the fall-out from the controversial decision, after receiving advice from an un-named “friend” on this secretive council business, who advised him the CEO had “set up” the councillors and may have told the government they needed to be sacked.

He instead decided to approve the notice without motion that ultimately overturned the speed limit increase.

After voting in favour of returning the speed limit on the 2.7km stretch of road from 70km/h to 80km/h at the December 14 meeting four votes to three, the motion without notice was put by Cr Wright after being approved by Mayor Barden for the January meeting.

The December decision was not informed by any community consultation and ignored professional advice, with a council officer stating the Hillier Rd intersection with Girraween Rd was designed for a 70km/h speed limit. Councillors were not presented with, nor asked for, a road safety audit undertaken in 2016 for an application for federal Black Spot funding.

The January motion to overturn the decision was passed five votes to two, and imposed a stay on the increase until various issues were resolved, including obtaining a qualified traffic engineer assessment on the risk associated with increasing the speed limit.

In the week before the January meeting, CEO Daniel Fletcher – who left the job suddenly in March with no real explanation from council – wrote a scathing briefing note to the councillors which was obtained by resident Philip O’Driscoll through FOI laws.

In that note, Mr Fletcher said the decision was “unqualified’, “highly irresponsible”, and “deficient in adhering to good decision‐making principles”, and that he had a moral, ethical, and professional obligation to inform the NT Government if decision making of the council had been, or is being, compromised by misconduct or wilful disregard for professional advice – including technical and specialist advice.

“Thus, it is conceivable that Litchfield Council could, and indeed should, be viewed as dysfunctional by the Northern Territory Government.”

In response to that email, Mayor Barden wrote that he objected to the tone but had no problems with the subject and encouraged valid and helpful criticism.

The mayor did not answer the same question.

However, the Local Government Department has met with Mr O’Driscoll, who raised concerns with it about the process that led to the decisions.

In an email obtained through FOI and sent on January 6 – 11 days before the decision was overturned – the council’s insurer JLT Public Sector NT senior executive James Sheridan told Litchfield operations and environment manager David Jan that he thought the decision would damage the reputation of the council and he could see a coroner being highly critical of the decision, with the potential for a damages claim based on negligent setting of speed limit.

Those who voted in favour in December were then-deputy mayor Mathew Salter, Mark Sidey, Kevin Harlan, and Andrew Mackay. Those who voted against were Mayor Barden, now Deputy Mayor Emma Sharp, and Cr Wright.

Cr Sidey and Cr Mackay changed their minds in the January motion, voting to postpone the speed increase.

Cr Wright said she presented the motion passed at the January meeting, in part because of community feedback on the Girraween Rd decisions since the December meeting.

“Since making this decision in December community feedback has made clear that we overlooked the importance of consulting with the residents most affected by the decision and with the Northern Territory Police to establish whether any further measures should be taken to ensure road safety once the speed limit was raised,” the motion said.

“Additionally, we did not have written advice from our insurers at the time of making the decision and I believe we should consider this prior to implementing any change. This advice suggests a qualified traffic engineer be engaged to conduct an assessment on the increased speed limit and I believe it would be prudent to do so.”

However, there was one email in the FOI documents from resident Annette Ross dated December 19, after the vote to increase the speed, which was critical of the decision and asked when the first available date the matter could be put on the agenda for reconsideration.

Cr Wright did not respond to questions from the NT Independent about whether she wrote the motion, or if it was Mr Fletcher who came up with the idea for the motion, wrote it, and suggested she propose it.

No other councillor responded to questions asking who wrote the motion and Mr Barden would not answer the specific question, and refused to answer questions about Mr Fletcher’s time as CEO. 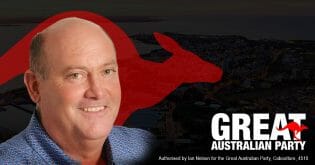 “Litchfield Council is a professional local government authority with sound policy and governance mechanisms in place,” he previously wrote in a statement.

“We strive to represent the interests and values of our community and we understand that Council decisions impact our residents and ratepayers.

“Decisions about the speed limit on Girraween Rd were made in accordance with robust procedures that underpin all our decision making.”

However, in an email to other councillors, on December 22, eight days after the vote, Cr Sidey was already discussing the idea of the council executive being responsible for putting forward a motion to overturn their decision. This was before the CEO had sent his scathing briefing note.

“My reading of our meeting procedure policy is that for a motion to be brought to attempt to rescind the motion previously passed, that it would have to be sponsored by
way of a written notice of motion by a member,” he wrote.

“It is not the executive’s remit to bring on reports/motions challenging a council decision. The executive may or may not agree with our decision, but now that it has been made
by a formal resolution of council their only job is to get on and implement the decision.”

‘How many other issues are tainted’: Resident concerned about council transparency

Mr O’Driscoll took notes of his several conversations with the mayor and said in one discussion, Mr Bardon told him he was “98 per cent sure” Mr Fletcher came up with the idea for the motion and that is why they got rid of him.

“To recap, the facts found are that councillor Rachael Wright misled the council and the shire residents when she lodged a motion without notice to the January council meeting (agenda 10.01) citing falsely that her main reason for this amendment from her was that ‘community feedback made it clear….’, which has now proved to be false,” he wrote in a email to the mayor in March.

“I am concerned about due process and good governance. For the council to do things openly honestly with accountability. If this is happening on this issue, how many other issues that the council presided over are tainted?

“The actual speed limit at this moment is not as important as the flawed process that has been uncovered all due to the actions of one councillor.

“You stated that removing the CEO for misconduct you hoped would be enough. 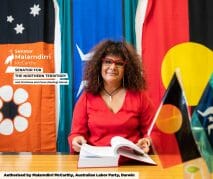 “But the floor is still dirty and the stench of impropriety is hard to wear off. The only way is to take the high moral ground and completely clean the council publicly by doing these steps to show the shire residents that you take the office of mayor and the responsibility of the Local Government Act 2019 seriously.

“Doug, you intentionally allowed a false statement to be added to official council records.”

In other notes from April, Mr O’Driscoll wrote about another conversation he said he had with the mayor.

“Doug stated clearly that it was Daniel Fletcher that pushed the motion without notice,” he wrote.

“Doug said Daniel wrote it and got Rachael to post the amendment motion to council. He said he backs Rachael as he believes she was acting in the council’s best interests.

‘If the ship goes down, we all drown’: Councillor on speed limit scandal

Another FOI document shows that on the morning of January 13, the day before the meeting, the assistant to the mayor and the CEO, emailed Cr Wright asking if she would confirm if she would like to distribute the attached draft motion for consideration for the upcoming meeting.

That afternoon Cr Wright wrote back a somewhat confusing email thanking them for the draft motion but stating she thought the speed limit should remain at 70 until all reports are in, not 80. The emails were part of the FOI application but there was no further correspondence, nor did it include the actual draft motion, so it is unknown if the motion called for the speed limit to remain at 80km/h.

In another email that was sent on January 16, after the critical briefing note from the CEO had been sent, and days before the next meeting, the mayor wrote to Cr Harlan who had questioned whether approving the motion without notice adhered to the Local Government Act.

“Daniel had organised to meet me on Friday morning at 5.06 pm on Thursday via text, in which it was proposed that Rachel had already proposed a ‘motion without notice’, which I had not seen & after some thought, I agreed, rather than calling a special council meeting,” the mayor wrote. 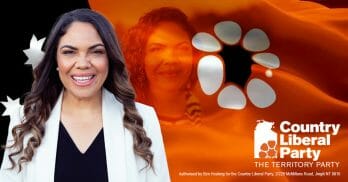 “Daniel also told me on Friday morning that staff were refusing to put the 80 km/h signs up which I don’t believe.

“You all need to think carefully about whether you accept, amend or decline the motion. I can only give you the information that I have/know & appreciate if this email is kept confidential between the 5 of us.”

The day before, Cr Sharp wrote an email to other councillors concerned that they had voted for the speed limit increase and the potential ramifications for them.

“In a nutshell, OUR decision made without the appropriate information, has left Litchfield Council staff, elected members, and the public who use the road open to multiple high/extreme risks,” she wrote.

“Even though I might be exempt from any financial risk due to my vote, at the end of the day, if the ship goes down, we ALL drown.”