ICAC’s ‘secret recording’ of Turf Club witness may have been unlawful, court hears 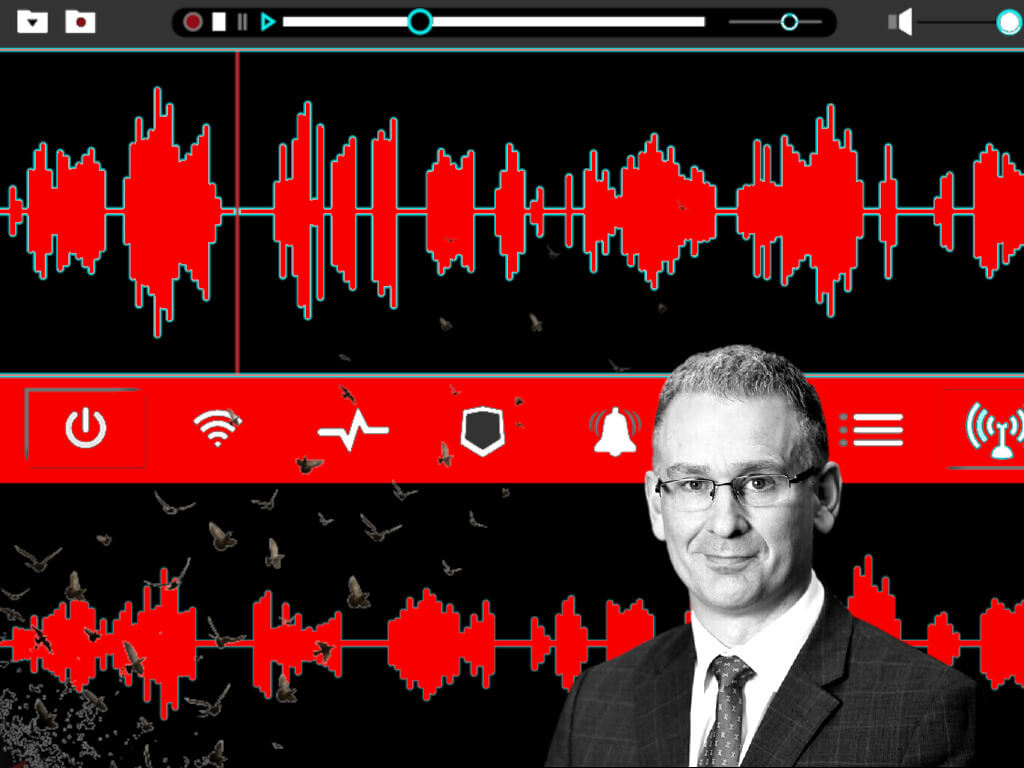 The Office of the ICAC failed to disclose the full contents of a secret recording of a witness involved in the Turf Club grandstand investigation in a transcript, with the full recording appearing to show the interview was transmitted back to the office while it was happening – in a possible breach of the law – the NT Supreme Court has heard.

It was revealed in court that the recording disclosed in a partial transcript by the OICAC also included previously unreported private discussions between unidentified ICAC staffers caught on tape, which has raised the issue of whether commissioner Michael Riches disclosed the full contents of the recording to the ICAC Inspector, after referring the matter in January for investigation.

Details of the recording were revealed in court on Friday, as part of former Turf Club board member Damien Moriarty’s legal challenge to have adverse findings against him relating to the grandstand investigation thrown out.

In January, commissioner Michael Riches apologised to former Darwin Turf Club board member Anya Lorimer, after it was revealed Ms Lorimer was secretly recorded by investigator Sean Goff during the grandstand investigation in 2020.

Mr Riches, who took over as commissioner a few weeks after the grandstand report was released last June, said in January that the recording was not appropriate – but not illegal – and that he had referred the matter to ICAC Inspector Bruce McClintock for investigation.

Mr Riches eventually released a transcript of the recording, after its existence was disclosed in another court proceeding, to parties currently challenging the findings of the grandstand investigation.

However, that transcript did not include the discussions between unidentified ICAC staffers caught on tape at the end of the interview with Ms Lorimer.

According to evidence presented at Friday’s hearing, the secret recording contained a private conversation between Mr Goff and unidentified ICAC staffers, in which one of the unidentified staffers tells Mr Goff that they will “go and turn that recording off, could hear it all, crystal clear”.

In the Northern Territory, third parties are not permitted to listen into private conversations without a warrant or other exceptions.

The ICAC Inspector’s report for 2020-21 stated that no surveillance warrants were issued pursuant to the Surveillance Devices Act that year or the year before.

‘Inspector will be briefed about the whole recording’: Riches

Mr Riches did not answer all of the NT Independent’s questions yesterday, including whether he had purposely withheld a full and proper transcript of the recording that would have included the conversation amongst staffers.

He did however indicate the recording, and possible transmission of the interview, involving Ms Lorimer may have been conducted without a warrant and that the Inspector was not aware of the full extent of the recording.

“The making of the recording has been referred to the Inspector,” Mr Riches said in a statement to the NT Independent.

The section Mr Riches referenced of the Surveillance Devices Act stipulates that an officer can “monitor or record a private conversation” provided that one of the parties is aware it is being recorded, and that the “officer is acting in the performance of the officer’s duty”, and that the officer “reasonably believes” the recording is for the protection or safety of someone.

Mr Riches reiterated that he has “advised my team, in very clear and unambiguous terms, that the recording of a person without that person’s consent is not to occur in the absence of a warrant or my express written consent”.

Mr Riches did not respond to a question about whether the surveillance operation on Ms Lorimer included video footage.

The court also heard the ICAC initially delayed releasing the recording of the interview to Mr Moriarty’s legal team, but ultimately sent a link to it on February 15 – six days after it was requested – as well as the transcript of the interview.

Mr Moriarty’s legal team had requested that his matter be postponed until after a reported police investigation and the ICAC Inspector’s investigation into the conduct of the OICAC was concluded, as well as the full disclosure of material the ICAC has yet to provide to Mr Moriarty, however lawyers for the ICAC objected.

Mr Moriarty’s judicial review will go to trial at the end of the month.