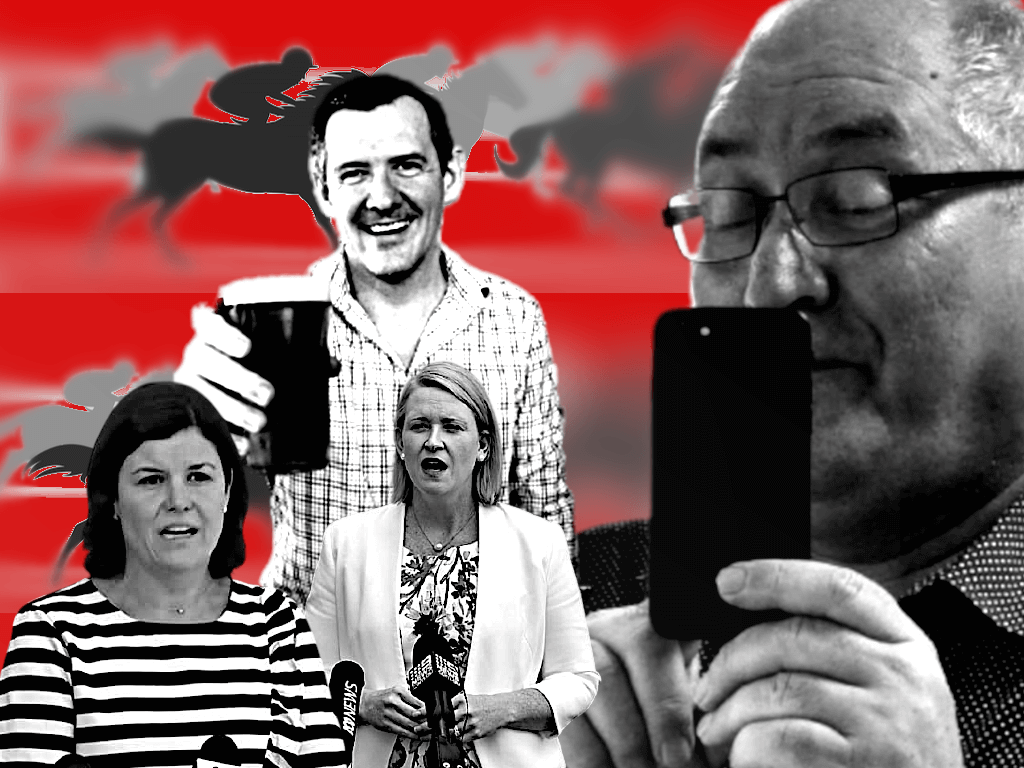 Chief Minister Michael Gunner’s former chief of staff Alf Leonardi was only “following instructions” while playing a key role in the Darwin Turf Club grandstand scandal, he told the ICAC as part of the investigation, raising new questions about the Chief Minister’s involvement.

Exactly who had given him the alleged “instructions” was not disclosed in the recent ICAC report, nor whether those instructions applied to soliciting campaign donations from Turf Club chairman Brett Dixon with the promise of increased funding for the racing industry in 2016 or lobbying ministers for the $12 million grandstand project that was eventually awarded to Mr Dixon’s company to build.

CLP Opposition Deputy Leader Gerard Maley yesterday called on Mr Gunner to explain to Territorians who allegedly instructed Mr Leonardi and what those instructions were.

“That was the chain of command. Only the Chief Minister would give Alf Leonardi instructions.

The NT Independent previously revealed that local businessman and Turf Club board member James Herraman had told the board a few days after the funding was approved in 2019 that Mr Gunner had personally “found the solution” to get the funding through Cabinet by taking the decision “out of certain peoples’ hands”.

Mr Herraman is Deputy Chief Minister Nicole Manison’s brother-in-law and a friend of Mr Gunner who attended his interstate wedding in 2017.

Mr Leonardi was removed from the role of chief of staff in August 2019, following an internal report into Mr Gunner’s office written by Victorian Premier Daniel Andrews’s chief of staff Lissie Ratcliff.

Mr Gunner later revealed that he had thrown the report “in the bin” because he said he paid for it out of his own pocket and that it “wasn’t that interesting”, following an ABC Freedom of Information application for the document.

At the time, Mr Gunner told Territorians that Mr Leonardi was leaving the role to focus on his health. He was later parachuted into a senior position with the Education Department.

The ICAC found Mr Leonardi “breached the public trust” by writing a letter for Mr Dixon to use to lobby government ministers and that he did not disclose hospitality received in the form of tickets to gala balls and races that created a conflict of interest.

In his defence, as part of the natural justice process, Mr Leonardi said there was no legal basis for finding that there were grounds for disciplinary action against him.

But Mr Fleming found “those who Mr Leonardi said instructed him” were not aware of the extent Mr Leonardi had gone to help secure the funding for the grandstand.

“There is no suggestion that those who Mr Leonardi said instructed him to do something knew that he was ‘picking his time to pounce’ and that he had drafted the letter for the DTCI (Turf Club),” Mr Fleming wrote.

Mr Leonardi did not respond to a request by the NT Independent to further explain his comments to the ICAC.

Mr Gunner also did not respond to questions, including what instructions he had given his former chief of staff in relation to the Turf Club and Mr Dixon.

As part of his public response to the ICAC’s damning report, Mr Gunner called for the Turf Club board to resign and said he had taken the unusual move of referring Mr Leonardi’s employment status to the Commissioner for Public Employment.

Mr Gunner said on Friday that Mr Leonardi had resigned from his role in the Education Department last week.

The terms of his resignation and the nature of a possible pay-out Mr Leonardi may have received were not disclosed.