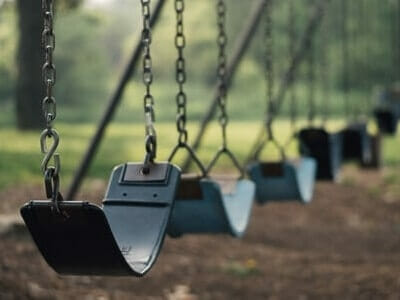 More than a year after a 12-year-old girl was abducted at the Nightcliff Seabreeze Festival and sexually assaulted at a nearby playground, she and her family are still suffering “profound” psychological and emotional distress, a Darwin court has heard.

Sebastian Ngurruwuthun, 23, pleaded guilty in the Supreme Court to abducting the girl, then 11, and committing an act of gross indecency on her during the festival last year.

The court heard the man followed the victim and her friends into the playground at the festival and waited until she was alone before approaching her and luring her into the darkness.

Despite saying “no, my parents don’t let me play with strangers,” Ngurruwuthun lifted the girl around her stomach and carried her to an area nearby where there were no lights.

“You threw the victim onto her back on a bark garden bed, causing grazes and small cuts to her legs, her torso and upper body,” Justice Judith Kelly told the court.

“The victim feared for her life. She put her thumbs under your chin and her fingers on your cheeks and squeezed as hard as she could.

“This had little effect on you. You were pinning her arms down onto the ground.”

Nearby resident scared off attacker

The court heard the girl only escaped her attacker when a man who lived close by heard screams and yelled out.

“I have read victim impact statements from the little girl and from her mother,” Justice Kelly said.

“As well as the immediate physical harm and fear amounting to terror that you made the victim suffer, your offending has had a profound and lasting effect on the family.

“The psychological and emotional effects are likely to be ongoing.”

In reading out an excerpt of the victim impact statement, the court heard that despite the family moving house, the young girl continues to wake up at night in distress over what happened.

“When my mum hugged me straight after the assault, I didn’t like it. I wanted to be free,” the girl stated in her report.

“Even now, I don’t like it if people get too close to me. I have to move away.

“I did fight back and shout and scream, but I was scared that if I hurt him too much, he would hurt me worse.”

Justice Kelly said the girl described feeling embarrassment during the sexual assault investigation, had to have “painful” blood tests and injections, and has since missed school for counselling.

Parts of the mother’s victim impact statement were also read to the court outlining the emotional harm suffered by the whole family.

“We were trying to allow our children more freedom and build their self-confidence by allowing them to go and order their own ice creams and go and play with other children in the park,” the mother stated in her report.

“We thought that by making sure we knew where they were and telling them to stay together, they would be safe. We can’t let them have that same freedom now, or when we try to, we feel extremely uneasy and panicky if we can’t see them.”

‘I need to pass a sentence that protects the community from you’: Justice Kelly

The court heard Ngurruwuthun had a criminal history of stealing, unlawful entry and property damage, and one prior conviction for a violent offence which involved aviation fuel being thrown onto someone’s face.

“Your uncle and aunt did not always look after you properly. You often had to look after yourselves and find food for yourselves. Sometimes you did not have enough food and you went hungry,” Justice Kelly said.

The court heard Ngurruwuthun had given drunkenness and being stoned as the reason for the sexual assault.

“You spent a number of hours stalking the victim in the park and playground. Your focus on that little girl was obvious enough and persistent enough to draw the attention of other adults nearby.

“You were not moved by the child’s obvious distress when you first approached her.

“You showed no empathy for the victim at all. You tried to silence her screams and you persisted with your assault, despite the fact that she fought and struggled.”

Justice Kelly said her sentencing needed to discourage the man and others from committing such crimes while sending “a strong message that the court and community strongly disapproves of this kind of offending against children.”

“I also need to pass a sentence that will protect the community from you.”

The man will serve his sentence from the date of the arrest, May 16, 2019,  and has a non-parole period of three years and five months.