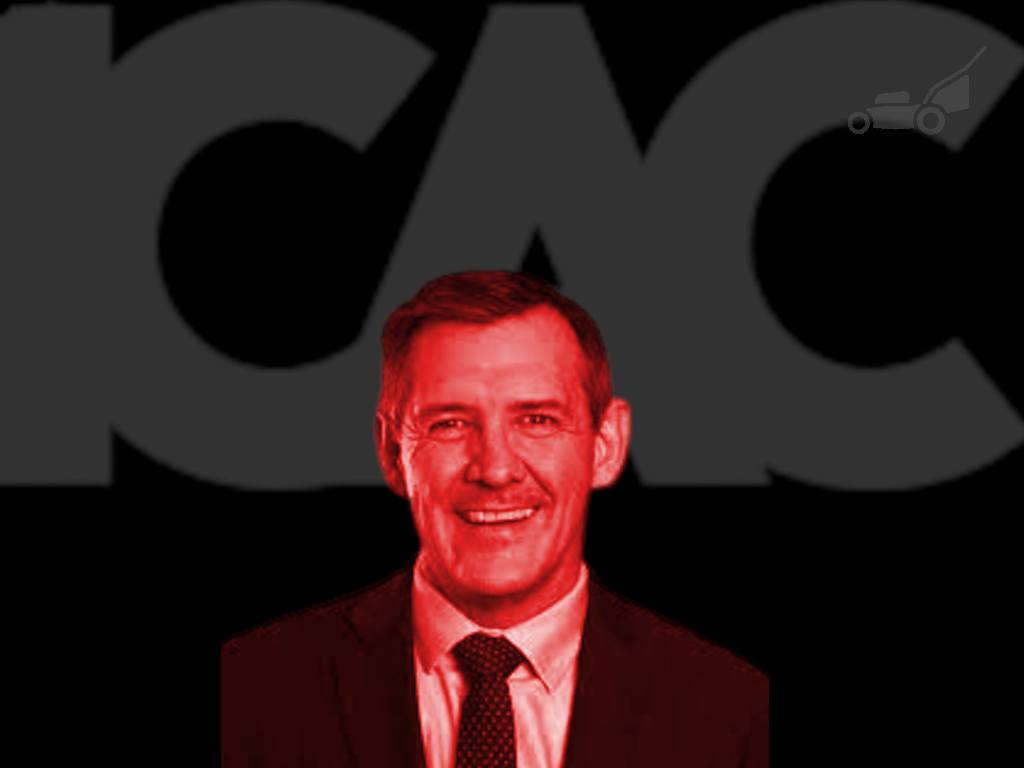 Independent MLA Robyn Lambley said she was told by the Independent Commissioner Against Corruption that Mr Gunner, and ultimately his office, and his brother-in-law and former chief of staff Ryan Neve, are under investigation for the alleged misuse of public funds involving election campaign trips during the 2020 election.

Ms Lambley came forward with the information Tuesday afternoon outside Parliament, saying it was crucial to the Territory’s democratic processes that the public is aware the now former Chief Minister is being investigated.

“I don’t want to interfere or influence any ICAC investigation, but I think it’s important, a great matter of public interest, that Territorians know that Michael Gunner is under investigation by ICAC for possible travel rorts and the misappropriation of public money during the period leading up to the NT 2020 election,” she said.

In November, the NT Independent revealed Mr Gunner’s brother-in-law Ryan Neve had approved $40,000 of taxpayer funds for Mr Gunner to travel to remote communities in marginal seats during the communities’ respective voting days in the 2020 election, and for campaign photo ops, in direct contravention of caretaker provisions established to prevent the misappropriation of public funds.

Mr Neve was running Labor’s re-election campaign during the election while remaining in his taxpayer-funded role as Mr Gunner’s deputy chief of staff, internal emails showed.

Ms Lambley and the Opposition CLP referred the matter to the ICAC at the time. No other media outlet reported on the matter.

Mr Gunner was asked during a press conference following his resignation if he was “told” that he was under investigation by the ICAC.

“No, no, I can actually rule that out,” he said with a smile.

Commissioner Michael Riches confirmed that Mr Gunner had not been told by the Office of the ICAC that he is under investigation, but it remains unclear if anyone else had informed him of the investigation.

“It is quite true that the Chief Minister has not been told [by this office] that he is under investigation by the ICAC,” Mr Riches said in an email to the NT Independent.

Ms Lambley said she did not know if Mr Gunner was aware of the investigation but that others could have informed Mr Gunner of the corruption probe and said she does not believe in coincidences in politics.

She said she had asked Mr Riches late last week if he was investigating the matter – after first referring it to him in January – which he confirmed, while suggesting that he needed more time before publicly announcing the probe. Ms Lambley said she had agreed to wait until next week in Parliament, however changed her mind after Mr Gunner’s shock resignation this morning.

“But given what’s happened today, I think Territorians need to know,” she said. “The timing is coincidental … and I for one, for the last 12 years I’ve worked in this place, I don’t believe in coincidences in politics.”

The documents showed Mr Neve had signed off on the travel for Mr Gunner instead of head public servant Jodie Ryan, who was supposed to approve travel as mandated by the caretaker rules during an election period to avoid taxpayers’ funds being used for party political purposes.

The documents were missing some critical details however, including who had ordered the trips and the names of everyone who travelled at taxpayer expense during Labor’s election campaign.

DCMC and Mr Gunner’s office have continually delayed an internal review request made by the NT Independent for the remaining documents citing “unreasonable interference with the operations” of the respective offices. Under the Information Act, the agencies have 30 days to conduct an internal review. It has now been 162 days since the formal request was filed.

Mr Neve was earlier this year moved out of his role in Mr Gunner’s department into an executive position at the Palmerston office of the Environment Department. The government and the Public Employment Commissioner refused at the time to disclose if the position had been advertised or filled through a proper recruitment process.

Mr Gunner’s former chief of staff Alf Leonardi was found by the previous ICAC to have engaged in misconduct and breach of the public’s trust relating to the awarding of $12 million of public funds for the Darwin Turf Club grandstand project that was given to then-chair Brett Dixon’s company Jaytex Constructions.

Mr Leonardi was removed from his role before the ICAC’s investigation was made public.

Mr Gunner has repeatedly claimed he had no knowledge of Mr Leonardi soliciting campaign donations from companies linked to Mr Dixon in 2016 or that Mr Leonardi later wrote a submission for Mr Dixon to lobby the government with for taxpayer funds.

Ms Lambley said Mr Gunner would most certainly have been aware of decisions made in his office in that instance and the current matter.

“He is ultimately responsible, for everything that happens in his office,” she said.

She added he is leaving the role under a cloud of suspicion.

Mr Gunner is also expected to be a witness along with Police Commissioner Jamie Chalker during the ICAC’s ongoing investigation into allegations of political interference in the rushed decision to charge Constable Zach Rolfe with murder in the shooting death of Kumanjayi Walker in Yuendumu in 2019.