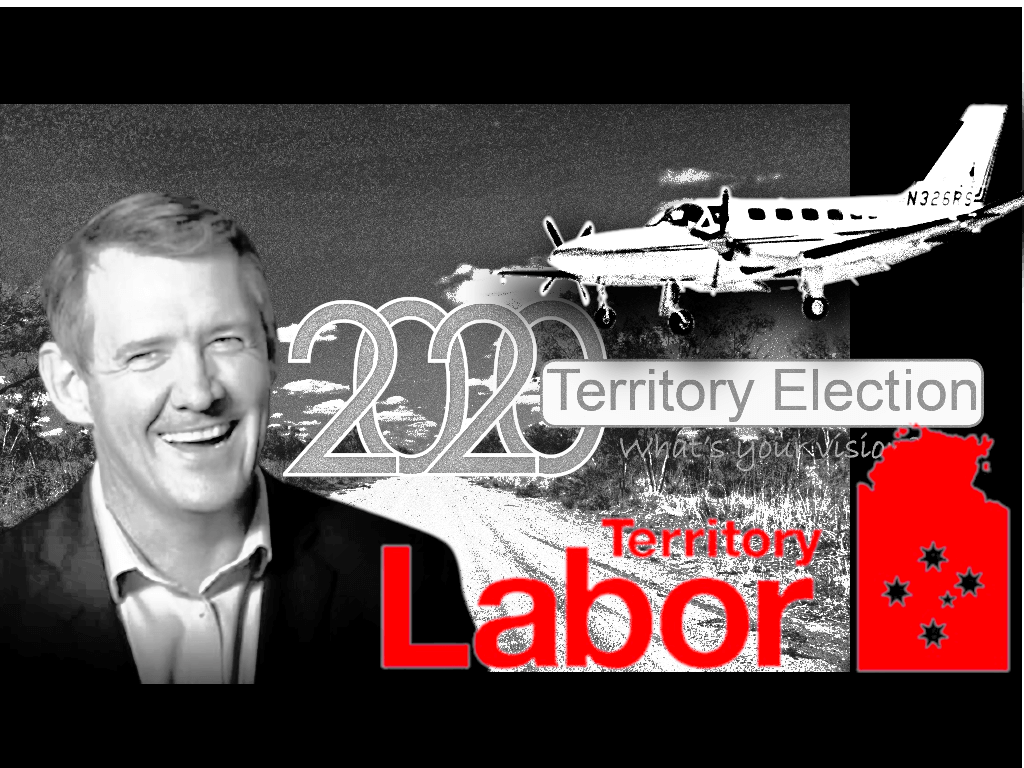 EXCLUSIVE: Chief Minister Michael Gunner charged taxpayers more than $20,000 for charter flights to campaign across the Territory during the 2020 general election, in an apparent breach of caretaker conventions, the NT Independent can reveal.

Documents released under Freedom of Information laws show Mr Gunner took three trips to campaign with Labor candidates in different electorates between July 30 and August 5 – including a $16,000 trip to Alice Springs and Tennant Creek by charter plane – all paid for by taxpayers despite rules forbidding it.

The questionable trips, which included family and friends and a party candidate, were approved by Mr Gunner’s brother-in-law Ryan Neve, who was then his deputy chief of staff.

The approvals by Mr Neve may have also contravened integrity guidelines by not running expenditure decisions past department chief executive Jodie Ryan, who was the person responsible during the caretaker period.

The taxpayer-funded trips do not appear on electoral disclosure forms due to the Gunner Government opting to exclude travel and accommodation costs from mandatory campaign reporting requirements for all candidates.

While in Alice Springs, Mr Gunner’s team also transported then-candidate for Gwoja Chansey Paech around his large electorate at taxpayer expense – seemingly breaching yet another policy that forbids candidate travel.

The rules for government officials’ conduct during the caretaker period – the time between the writ being issued and the result of the election being certified – specifically states:

“NT Government resources should not be used to make announcements that involve party-political activities.”

However, the NT Independent can reveal Mr Gunner made “party-political” announcements during the taxpayer-funded trips, including in Gunbalanya on August 5, when he told a crowd of residents and community leaders that they would receive a new health clinic if his government won re-election. A local West Arnhem newspaper article confirmed the “very significant election commitment” and sources in the community have also confirmed that Mr Gunner referenced the proposed new health clinic being dependent on his government’s election victory in the same speech.

On the same day, Mr Gunner posted a photo of himself on Facebook with incumbent Arafura Labor candidate Lawrence Costa – whose electorate includes Gunbalanya – endorsing the candidate as “a really good bloke who just doesn’t stop working for locals”.

Other photos posted to Mr Gunner’s official Facebook page show Mr Gunner actively campaigning with failed Barkly candidate Sid Vashist on August 3, after arriving by charter plane in Tennant Creek with his wife and entourage paid for by taxpayers for the stated purpose of “media announcements”. 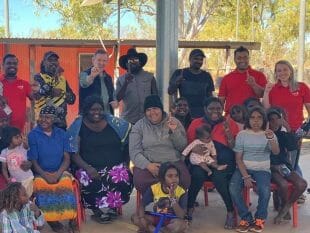 Michael Gunner visited Mungkarta at taxpayer expense to campaign during the election.

Again, Mr Gunner pleaded with voters to send Mr Vashist to Parliament because Mr Gunner “needed” him to continue the Labor government’s work on remote housing.

Records of another trip from Alice Springs to Yulara on August 1, show Mr Gunner took then Gwoja candidate Chansey Paech to Mutitjulu, which is in his electorate, to meet with Traditional Owners to discuss “housing, jobs and local decision-making”.

Mr Gunner wrote that he also outlined his COVID-19 management plan to community leaders, “which gave them a lot of comfort”.

According to the caretaker conventions, Mr Paech, as a candidate at the time and not a minister, should not have had his flight paid for by taxpayers.

“Where a candidate travels with a Minister during the caretaker period, any cost associated with the candidate’s travel is not to be met out of government funds,” the caretaker guidelines state.

Flight requisition forms show the trip cost $3400, including more than $400 for two car rentals at Yulara for the day. It was not disclosed who travelled in which cars or if Ms O’Brien attended the campaign sessions with elders.

Gunner’s office, head public servant refuse to respond to questions about inappropriate use of taxpayer money

Mr Gunner’s director of communications Maria Billias refused to answer questions about the publicly-funded campaign costs, including whether Mr Paech will reimburse taxpayers for his trip to Yulara, in accordance with caretaker guidelines.

Department of Chief Minister and Cabinet chief executive Jodie Ryan also declined to answer questions, including whether she had been informed of the trips before they were approved in accordance with the caretaker guidelines.

It remains unclear why Mr Neve approved the travel and not Ms Ryan who had authority over spending during the caretaker period.

The caretaker conventions, as issued by the NT Government, state that they are not “legally binding”. However, misuse of public funds can be investigated by the Independent Commissioner Against Corruption.