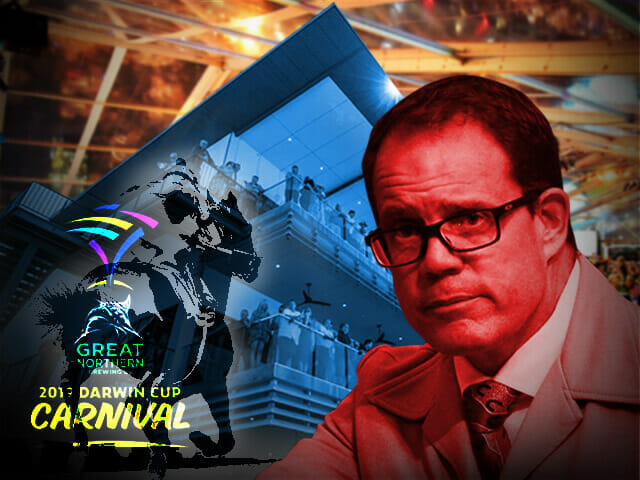 Current Labor Member for Solomon Luke Gosling did not disclose thousands of dollars worth of hospitality he received from the Darwin Turf Club following the Gunner government’s controversial $12 million grandstand grant in 2019, including VIP tickets to the Darwin Cup Carnival for him and his brother, the NT Independent can reveal.

Mr Gosling attended at least four events at the Turf Club in 2019 as a VIP, valued at over $4,000 in the months following the awarding of the grant, that included unlimited drinks, access to exclusive viewing areas and canapes, among other benefits.

The majority of that hospitality was not disclosed on members’ interests forms, as required by federal regulations.

The NT ICAC’s report into the taxpayer-funded grant last year found that Mr Gosling had been targeted by then-chair Brett Dixon and the board as a key Labor figure to lobby for projects, as previously reported by the NT Independent.

The VIP events he attended following the grant occurred shortly after he won a second term in Federal Parliament in May 2019, in which Mr Gosling would have been fully aware of rules around disclosure of gifts and hospitality.

Mr Gosling was provided with two complimentary tickets for each event.

The Register of Members’ Interests forms show Mr Gosling amended his original declarations following his re-election in 2019 to include the two tickets to the Darwin Turf Club’s ball, but failed to claim the other tickets that were valued at between $250 and $900 a piece and were provided as a pair each time.

Federal Parliamentary rules require all MPs to disclose any gifts or hospitality valued at more than $300. 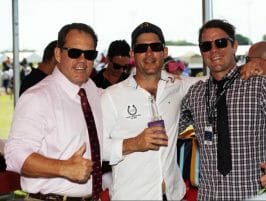 Mr Gosling at the 2019 Darwin Cup with his brother (far right).

Mr Gosling said yesterday that he was not aware of the value of the other tickets.

“The office understood that only the Darwin Cup Ball tickets met the value threshold for the Members Interest Declaration, so they were declared accordingly,” Mr Gosling said in an email.

Mr Gosling did not answer further questions, including why he brought his brother to the Darwin Cup Carnival when records indicate his wife Kate was to accompany him, what the community received for his attendance and why he wouldn’t have given a ticket to any of the four events to community volunteers rather than attend himself.

Mr Gosling’s office also did not respond to a question about whether he had received any financial contributions from Mr Dixon or his affiliated companies in the lead up to the May 2019 federal election, just a month out from the Gunner government awarding the grandstand grant that the ICAC found breached the public trust and involved “corrupt conduct” by Mr Dixon.

Integrity of politicians has become a dominant campaign issue this election, with Federal Labor calling for the establishment of a federal anti-corruption body.

Mr Gosling has voted along the Labor Party’s lines in Parliament on various motions supporting the establishment of an “Integrity Commission”.

Note: This story was updated to reflect the fact Mr Gosling has voted along party lines on motions supporting a federal integrity commission. It previously incorrectly stated he did not vote on the issue.