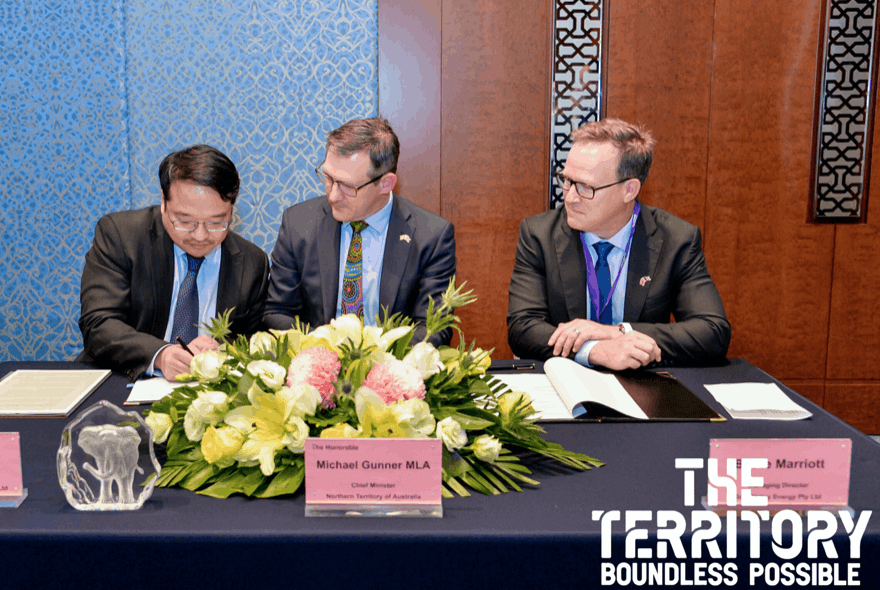 A Perth-based mining and energy company and its subsidiaries that has pending projects in the Northern Territory that were previously touted by Chief Minister Michael Gunner have collapsed, documents from the Australian Securities and Investments Commission (ASIC) show.

Gold Valley Group and its subsidiaries Gold Valley Iron and Gold Valley Energy have been placed under administration over alleged unpaid debts.

Gold Valley Energy Pty Ltd meanwhile filed the winding-up application on October 18, 2021, and the case was heard by ASIC on November 23.

The company was the proponent of the $100m Kittyhawk micro-LNG Project in Darwin which was put on hold for “commercial reasons” in 2020.

The company earlier said that plans for the project had been deferred because “other projects that the company is intending to use the Darwin gas for, have been delayed.”

It remains unclear what effect the company’s current problems will have on the future of the Kittyhawk LNG project.

“The $100 million project has the potential to deliver cheaper and cleaner energy to remote energy users, energise the NT’s remote industries and directly create up to 100 jobs during the construction phases and around 40 ongoing jobs for 20 years once operational,” a statement from the company said at the time.

Gold Valley Group is chaired by Singaporean businessman Yuzheng Xie. He began trading metals from India into China in 2003 and was educated both in China and Singapore.

In March 2020, Kimberley Metals Group terminated Gold Valley Iron Ore’s (GVI) right to mine its Ridges iron ore deposit. This resulted in administrators from KordaMentha being appointed to GVI.

Gold Valley has a stake in mining company Emmerson Resources, which has interests in 42 exploration licenses, covering 2,300km within the Northern Territory and NSW.

One of Gold Valley’s liquidated assets, Frances Creek mine, was bought by Darwin-based NT Bullion in 2020. Gold Valley acquired it from Noble Group for A$1 in 2018, according to the Financial Times.