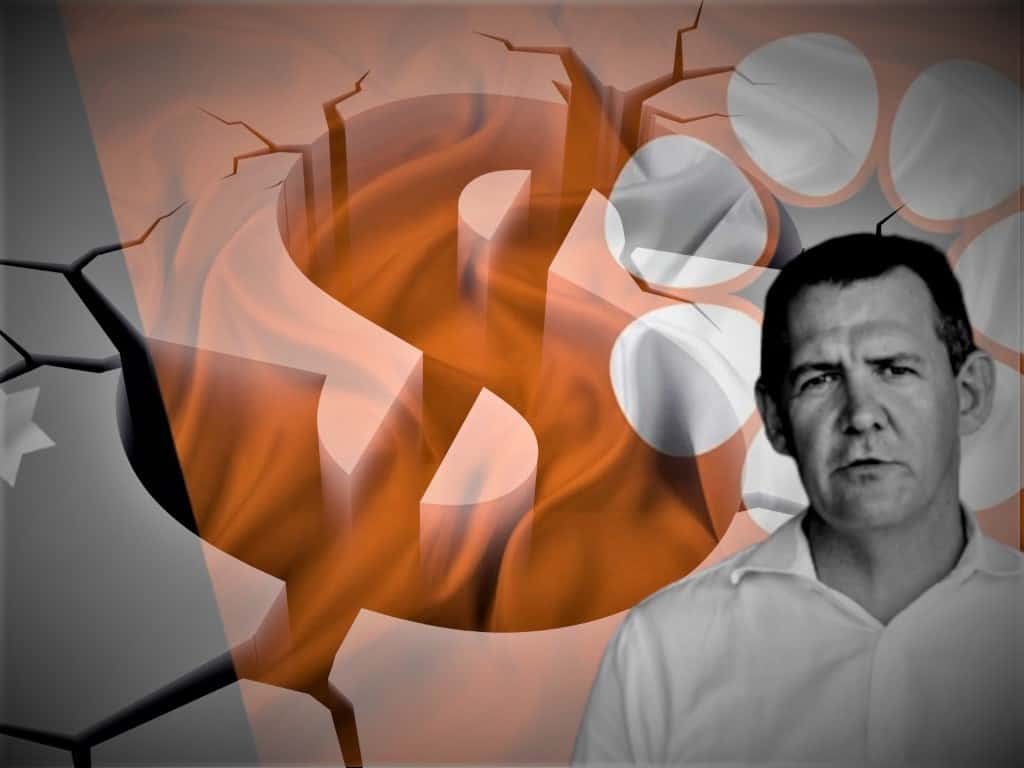 The net debt is projected to reach $8.7 billion by the end of the next financial year, down slightly from previous projections, while the budgeted deficit for 2022-23 will be $1.1 billion.

Mr Gunner said in Parliament the Territory will see a near-surplus in the budget by 2025-26, claiming that the government had been able to cut down on the projected net debt. But the debt will continue to grow until then.

“The budget position is expected to be better (over the next four years),” Mr Gunner said.

He attributed that to “strict fiscal discipline measures enacted by our government”, despite the NT Government’s own figures showing it is mostly the result of increased GST funding from the Commonwealth.

The NT Independent revealed yesterday that the Auditor General found in a March report that the government had not implemented many of the budget repair measures it had pledged over the last three years and had no effective way of measuring whole-of-government savings or if it could ever get back to a sustainable financial position. 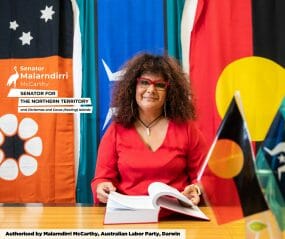 Despite those facts, Mr Gunner claimed his government’s budget repair strategy was working and would continue.

The net debt to revenue ratio is projected to hit 115 per cent by the end of the next financial year, according to 2022 Budget figures, and will inexplicably remain constant at around 120 per cent between 2023 and 2026, the government’s figures suggest.

Total Commonwealth funding to the NT in 2022-23 is estimated at $5.28 billion, with $3.58 billion of that in untied funding, principally made up of GST revenue.

The NT anticipates that it will receive $3.54 billion in GST revenue this current financial year – $385 million more than previously forecast.

Much of the 2022 Budget relies on increased GST funding based on better than expected national GST collections following the easing of COVID-19 restrictions across the country.

The NT expects to receive $3.58 billion in 2022-23, an increase of 6.1 per cent and will see the NT receive $4.87 for every dollar the NT contributes towards the GST pool. The budget figures state that the $4.87 figure would be the highest GST pool since the Global Financial Crisis, attributed to the nation’s improved economic conditions.

The government is also budgeting for an average 0.6 per cent population growth over the next four years, while Gross State Product will be eclipsed this financial year by the rate of inflation.

Mr Gunner also claimed his government has a “laser-like focus” on attracting private investment. The budget shows however that the government continues to rely on projects that were announced years ago.

Mr Gunner said the government would be seeking to attract new industries, while spruiking the Gove space base once again and Sun Cable, which had the viability of its plan to transmit solar power to Singapore recently questioned by Singaporean industry experts.

Mr Gunner also raised the proposed Middle Arm industrial precinct that was recently announced by the Federal Government as a positive for the future.

“We are backing in our traditional industries and making big plays for new industries,” he said. “We are creating new jobs. We are guaranteeing and strengthening the essential services we all rely on. And we are making sure we protect the great Territory lifestyle that we all love.

Mr Gunner also raised the development of new suburbs at Holtze and Kowandi in the Greater Darwin region as another sign of economic recovery, as well as industrial and residential subdivisions in Katherine, Tennant Creek and Alice Springs. All of those had been previously highlighted in last year’s budget.

The government had announced a number of budget sweeteners in the days leading up to the budget, including $86 million for the tourism industry, $690 million for remote housing that was billed as the biggest investment in the NT’s history but comes as the government has consistently failed to meet remote housing milestones over the last six years, $113 million extra for roads and other infrastructure spending (taken from previous unspent budgets), and a slight funding increase for police.

The NT Independent can reveal further funding commitments in the 2022 Budget will include $7.5 million for demand pressures at RDH; $14.4 million for correctional services demand pressures and increased capacity at the Darwin correctional precinct; an additional $8 million for youth detention services; $6.1 million to increase police numbers and $4.1 million for the establishment of the “Community Resilience and Engagement Command”; and $3.2 million to implement the Aboriginal Justice Agreement, including $2.7 million for alternatives to custody in Alice Springs and Groote Eyelandt and other funds for remote courts.

According to the Mid-Year Financial Report released last December, the government’s GST revenue was expected to increase, but policy decisions by Cabinet had led to increased operating expenses.

Auditor General Julie Crisp had also found in her March report to Parliament that the Gunner Government was still not assessing the costs of programs against their outcomes or effectiveness, recommending that a process be developed to capture all project costs and evaluate their usefulness.

This was in spite of previous commitments by Mr Gunner to find cost savings after announcing a financial crisis in late 2018.

Ms Crisp found that the government had failed to assess whether its targeted budget savings announced in April 2019 “have been achieved or are likely to be achieved” and that there was no system in place to determine if savings had been “achieved economically, efficiently and effectively at a whole of government level”.