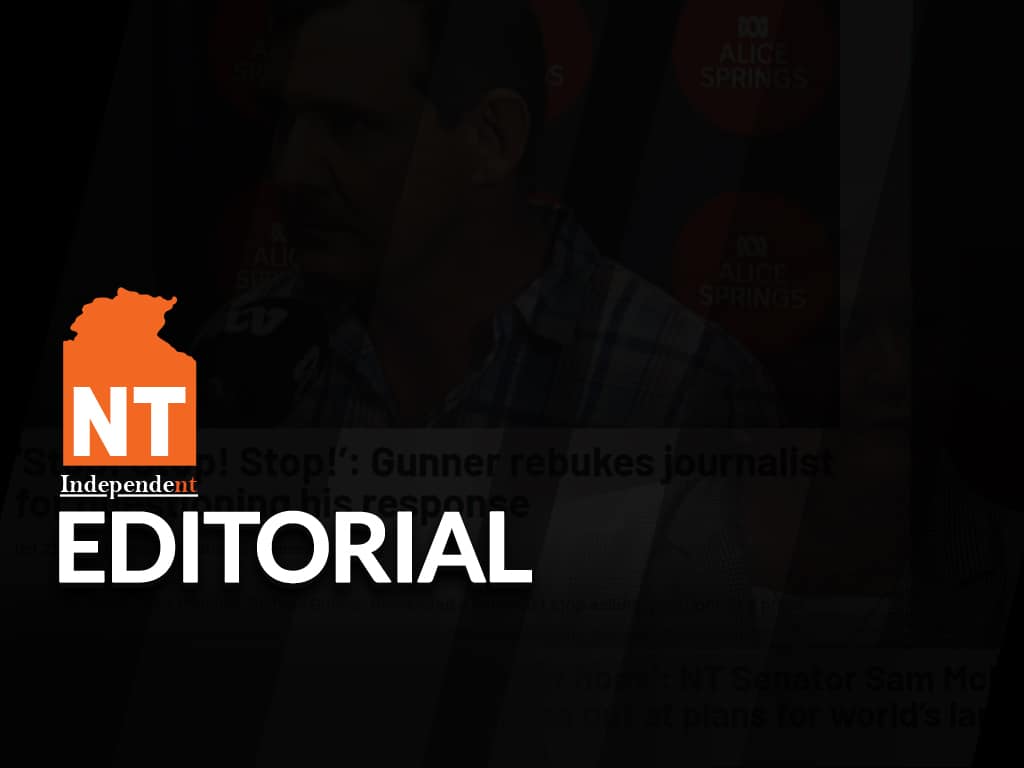 EDITORIAL: As the tumultuous year that was 2020 takes its final gasps, the NT Independent is looking back at the year in Northern Territory news with our three-part series on the stories that made headlines – many of which likely wouldn’t have happened had we not been mad enough to launch an online newspaper in the middle of a pandemic.

There were good reasons for doing so at the time – and even more reasons now – including to keep a watch on our government as the pandemic gripped the world and fears grew over our personal safety and just how bad it might get here at home.

Having a local, independent news source in the NT was never more important to get more information to the public during a pandemic, in more ways. Or so we thought.

Or who could have foreseen the same government taking time out of their busy schedule of “saving lives and jobs” to ban an independent news outlet from attending press conferences for no legally valid reason, only that they personally do not like its owner and editor, and whose leader literally ended up running away from our reporters’ questions?

It was a bad year for Territorians on the whole; businesses shut, unemployment lines, cancelled events, travel bans and lost time with loved ones. Everyone felt the impacts and were forced to adapt to the worst year in living memory in order to survive.

That is, except for the Gunner Government. Their Ministers’ paydays continued without delay and it found a way to use the pandemic to its advantage. Michael Gunner, who polls last year had as deeply unpopular as his predecessor Adam Giles, made a remarkable comeback and held a majority at the NT general election in August.

As the year winds down – and sanity is slowly restored – we can see that some of the hysteria led to voters electing what they knew in times of great uncertainty. Which is understandable and explains why Territory Alliance was relegated to fringe party status. But, it has been reported and remains, that things weren’t exactly the way they were portrayed by the government at the time, a government hungry for re-election at all costs that misled the public with incorrect financial figures and wild claims of how bad the virus could have been, that amounted to nothing more than fearmongering to get elected.

We think it’s possible. And we think our continued existence can help contribute to better things in the NT. There will be changes for the NT Independent in the new year out of necessity. But we will be back. We have to. Our mission of holding government, public servants and those in positions of power accountable to the public by exposing corruption and incompetence is unfinished; we’ve only scratched the surface in our first nine months, bringing you stories the other media either could not or would not report.

We’re committed to bringing you more of the investigative, political and police/crime journalism that you’ve come to rely on us for in the new year.

At this time, we want to deeply and sincerely thank our loyal readers and also those who stumbled upon our stories without knowing who we were but continued to read other items of interest on our site. We hope we’ve added to your understanding of the Territory and how its governments function – and dysfunction – while exposing some underlying problems that continue to fester without being addressed.

And a big thank-you to all of our donors, supporters and advertisers who helped where they could. Small advertisers especially took a risk, being seen to support a news organisation that the government has blacklisted meant risking professional repercussions from a government more focused on its own self-interest than what is in the best interests of Territorians.

This has led to other potential advertisers withdrawing or staying away, which while deeply troubling, is understandable in this jurisdiction these days. But we don’t think it’s acceptable.

To that end, everyone’s support to date has shown the government that banning the free press won’t be tolerated. Our government has embarrassed itself and all Territorians on a national and international stage with its petty, personal vendetta to ban independent media in the NT.

Even the federal Labor Party denounced the Gunner Government’s actions in the federal Senate just a few weeks ago.

And we take heart in all who have come out to back independent local media in whatever way they could; the government can’t silence the masses.

Things only improve when we all stand up and demand it. We hope we’ve given you the information you need to start demanding it. Because the NT can always be better and in fact must be better. We can’t and won’t give up on it and blindly permit whatever government of the day to continue to run it like their own personal empire or fiefdom. Elected representatives are accountable to the voters at the end of the day. And especially at the end of this most foulest of years.

We’ll be here in some form in 2021 to shine that necessary light into the darkest corners of the Territory. We hope you stay with us and support us where you can, even if that means just continuing to read and share.

We look forward to engaging with you in the new year and continuing the debate on how we can all make the Northern Territory a better place.