Explainer: what is the ‘good faith’ defence narrowed by the High Court in Zachary Rolfe’s murder trial? 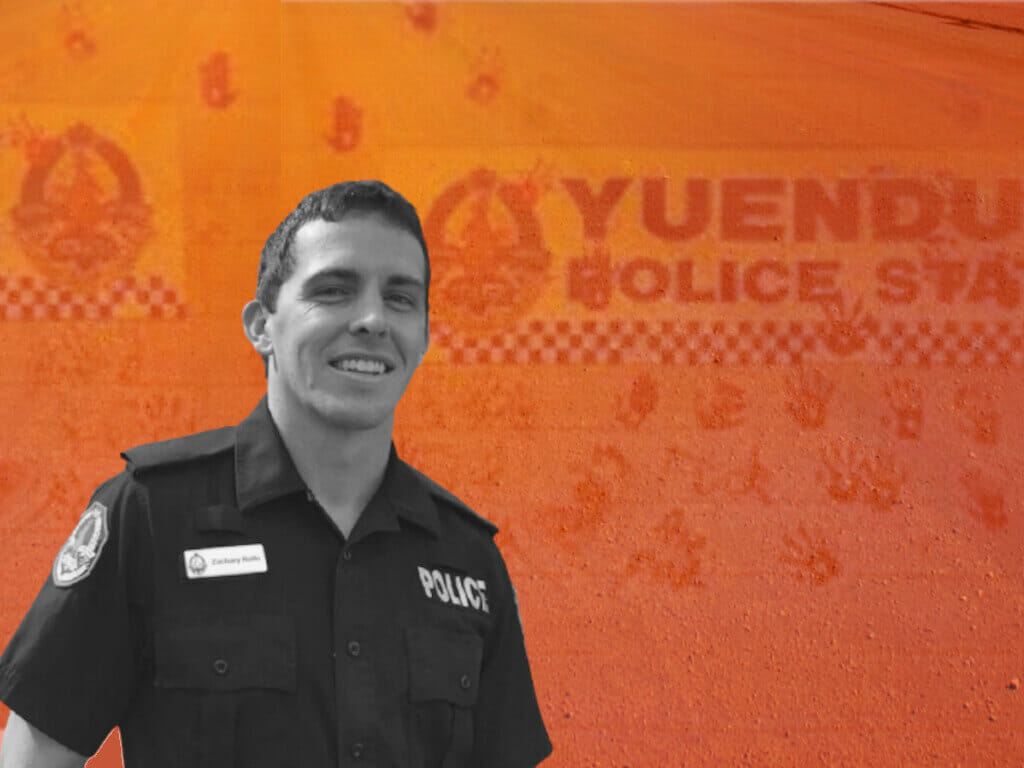 A High Court ruling on Wednesday has narrowed the capacity of Northern Territory Constable Zachary Rolfe to argue he was acting in “good faith” as a police officer when he fired the shots that fatally killed 19-year-old Warlpiri man Kumunjayi Walker in Yuendumu, Northern Territory.

Rolfe has been charged with murder in Walker’s death in his family home in November 2019. He is also facing the alternative charges of manslaughter and engaging in a violent act that caused Walker’s death.

The full bench of the Northern Territory Supreme Court had earlier handed down a judgment affirming Rolfe could argue the special police defences before a jury, including the “good faith” defence.

The NT court held that Rolfe was fulfilling a police function authorised by the Police Administration Act 1978 (Northern Territory) because he was executing a warrant for Walker’s arrest, including potentially when he fired all three shots. Therefore, the court said, Rolfe could argue the police immunity defences.

The High Court then issued a stay on the trial to allow prosecutors to appeal the NT Supreme Court decision. The High Court delayed the trial, now set down to start in February 2022, to hear the application.

What is the “good faith” defence?

The defence’s argument that Rolfe is immune from criminal liability had relied on three legal propositions: he was acting in good faith as a police officer, acting in the reasonable performance of his duties, and acting in self-defence.

The “good faith” defence is set out in the NT’s Police Administration Act. It says police are not civilly or criminally liable when an action is undertaken

in good faith in the exercise of a power or performance of a function under this act.

The NT police recently relied on this defence in an anti-discrimination case brought by an Aboriginal person who claimed he was racially targeted when the police pulled him over for an alcohol and drug test.

The man, who was not speeding or driving dangerously, said the police stop and testing was discriminatory and not random. He argued the police were “always” harassing him and his family.

Although the Civil and Administrative Tribunal doubted the drug test was random, it nonetheless regarded the police conduct to be in good faith. This afforded the officer and police force immunity from potential liability.

What did the prosecution argue in the High Court challenge?

In Rolfe’s case, the prosecution sought to challenge the “good faith” defence before the High Court. The prosecutors likely perceived this defence to be the easiest for Rolfe’s lawyers to prove before a jury, due to its criteria.

As it relies on a subjective mental state, Rolfe could have argued he subjectively believed the shootings occurred in “good faith” while he exercised his power as a police officer.

For this defence, the jury is not required to consider whether a reasonable person in Rolfe’s circumstances would have shot Walker multiple times and at close range. It merely has to decide if Rolfe perceived himself to be acting in “good faith” in carrying out his duties.

Read more:
Kumanjayi Walker murder trial will be a first in NT for an Indigenous death in custody. Why has it taken so long?


Of course, the jury would have needed to consider whether Rolfe was acting in “good faith” based on all of the evidence, which was not a fait accompli. Nonetheless, it was a stronger basis for potential immunity than the other defences.

The High Court unanimously found the “good faith” defence was not available unless it could be established Rolfe was exercising a power under the Police Administration Act, including arrest. This is crucial because it is contested whether the fatal second and third shots were reasonable and necessary for the arrest.

The High Court, therefore, overturned the NT Supreme Court decision. However, the High Court did not rule out the availability of the “good faith” defence in other cases involving allegations of police misconduct.

What defences are still available to Rolfe?

Rolfe still has two other police immunity defences available to him.

The first is under the Criminal Code Act 1983 (NT), which says law enforcement officers can claim immunity from criminal liability in situations where they are reasonably performing their duties.

The second is that Rolfe acted in self-defence, which is set out under the same NT criminal code. This defence requires proof that a person believed their conduct was necessary to defend themselves, and their conduct was a reasonable response to the circumstances as they perceived them.

In contrast to the “good faith” defence, these other two defences require proof the shootings were objectively reasonable in response to the circumstances.

Other police claims of immunity

In a police shooting of 18-year-old Aboriginal man, Mr Jongmin, in the NT in 2002, the officer claimed it was a “serious error of judgement”.

The indictment for a dangerous act was quashed because it was brought outside of the Police Administration Act, which requires charges against police officers be brought within two months. It failed on procedural grounds.


More recently, a Northern Territory local court considered the availability of police immunity in another case involving a senior constable who assaulted three Aboriginal people in 2020.

Similar to Rolfe, the officer argued he was acting reasonably to perform his duties. This was the first time the defence was tested in the territory.

The court found, however, the officer had not proven the defence due to inconsistencies in the evidence. He was found guilty on all counts: two charges of aggravated unlawful assault and one charge of unlawful assault.

Rolfe’s Supreme Court trial will determine whether the other defences can be successfully argued in a case involving a police shooting. It will also hinge on how the jury perceives the evidence and credibility of the witnesses and defendant.

Ultimately, however the court decides, the trial will have significant implications for ongoing relationships and perceptions of justice between police and Aboriginal communities in the Northern Territory and across Australia.

Editor’s note: To reiterate, the High Court’s decision focused on the ability for Rolfe to claim the “good faith” defence in connection to the second and third shots fired at Walker. The decision means for him to do that now, his defence team will have to argue that the second and third shots were part of the arrest. Rolfe’s defence team have indicated that they will rely on the “good faith” defence at trial as one of the three defences. The trial is scheduled for February. For clarity the word “thwarted” in a previous version has been replaced with “narrowed”.