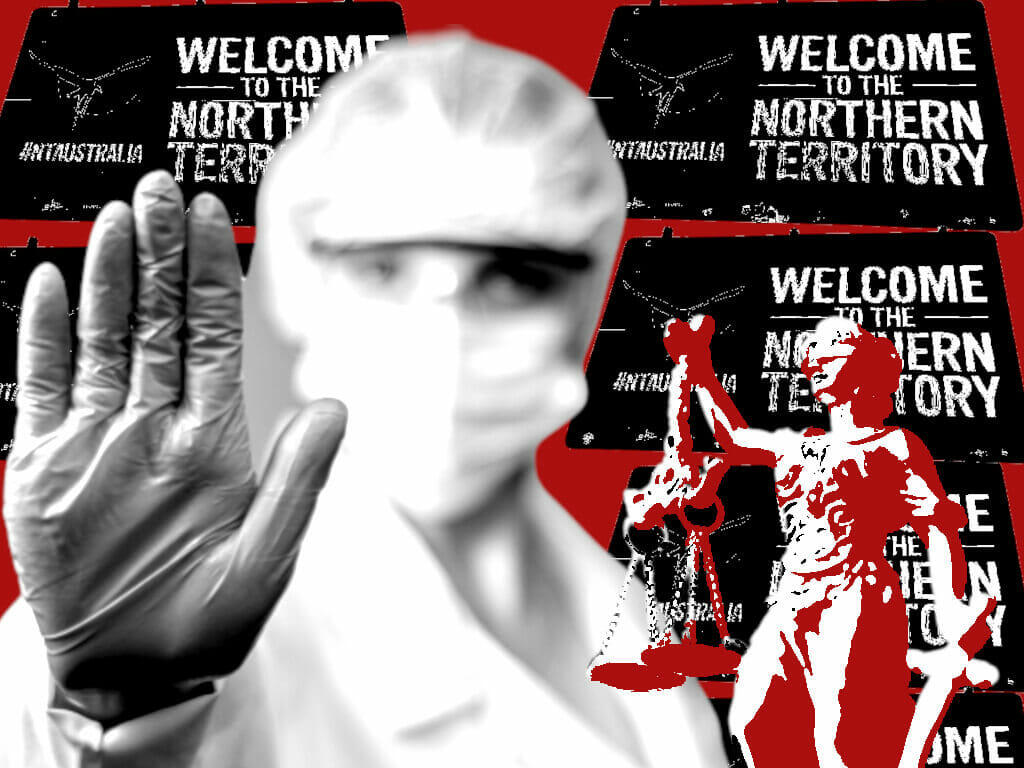 The NT Government has lost the first prosecution of a citizen under its emergency health declarations, after a rural area man’s charges were thrown out of court in a case that exposed flawed government documentation processes and contradictions in the Chief Health Officer’s orders.

The Darwin Local Court heard Phillip Tizzard arrived home to Darwin from Melbourne six days before the NT declared the city a COVID hotspot in February 2021.

Following the declaration, police and health officials attended Mr Tizzard’s McMinn’s Lagoon home on February 15, 2021 and ordered him to home quarantine for 14 days and submit to COVID-19 testing.

Mr Tizzard objected to the direction, stating he had a training program to attend the next day and did not want to get tested for fear of “government DNA collection”.

When police and public health officers attended the following day, he was allegedly not at the home, according to his wife, although the court heard officials did not search the outdoor areas of the large property.

While Mr Tizzard later underwent COVID-19 testing on or around February 15, returning a negative result, the police returned three months after the compliance check to charge him for failing to remain quarantined at his home under the CHO’s health directions.

That charge was dismissed and costs awarded to Mr Tizzard in local court this week after the Office of the Director of Public Prosecutions could not establish that Mr Tizzard was in fact in Melbourne, and not just the airport, when it was considered a hotspot.

The NT CHO’s directions had previously indicated the Melbourne Tullamarine Airport was not considered a hotspot, even though the City of Melbourne was. The previous CHO order was not revoked when the city had been declared a hotspot overall and prosecutor Kajaliny Ranjith could not establish Mr Tizzard was outside of the airport in Melbourne.

Public health officer Sara Hoolan, who had attended Mr Tizzard’s home on the second occasion in February, produced a screen shot of Mr Tizzard’s border entry form to the court that had been recorded in the government’s COVID-19 compliance database, but could not prove it was his document or explain to the court’s satisfaction who had entered the information into the database.

She said the government’s COVID-19 compliance database was accessible by “different [government] agencies”.

Judge Tanya Fong Lim rejected the evidence and threw the case out.

“The prosecution’s case is in a state that I cannot be satisfied beyond a reasonable doubt that Mr Tizzard breached the directions of the Chief Health Officer,” she said.

She declared Mr Tizzard not guilty and awarded costs for one day of hearings and one day of preparatory legal work.

Mr Lawrence said outside court that the failed prosecution of the Chief Health Officer’s directions was a waste of time and resources.

“What the prosecution authorities did here was embarrassing and lamentable,” he said.

“This man should never have been charged in the first place. The CHO’s directions contradicted themselves and the prosecutor didn’t know what direction my client allegedly breached.

“This was a waste of everyone’s time and undermines the public’s confidence in the Territory’s legal system.”