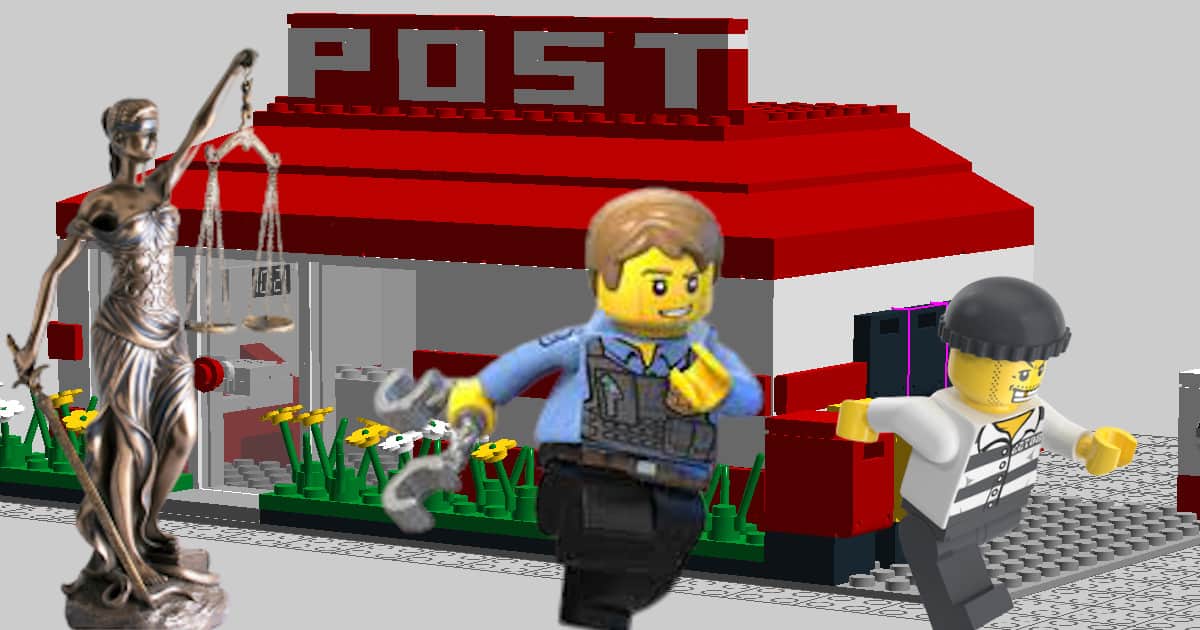 A meth addicted mother-of-two used Lego boxes to smuggle more than $35,000 worth of the drug into Palmerston, using a false identity and forging documents in order to obtain shipments, the NT Supreme Court has heard.

Brooke MacAlister, 41, was jailed for 11 months after receiving 35.5 grams of methamphetamine in separate shipments at the Palmerston Post Office in boxes of the children’s toy, so she could on-sell the drug to clients and fund her own habit.

MacAlister received boxes of Lego on at least four occasions in October last year, before police intercepted one of the parcels on October 28 and conducted a surveillance operation.

Police removed the methamphetamine and replaced it with a dummy substance, before putting the parcel together again and placing it back in a collection locker.

MacAlister arrived later that day to collect the parcel but after conducting counter surveillance of her own, left the post office’s car park and drove home.

She returned several hours later and collected the parcel, but soon after opening it she again became aware police were watching her, and led undercover officers on an elaborate on-foot pursuit.

MacAlister weaved through a number of streets and buildings in Palmerston attempting to avoid detection, stashing the Lego box under a pot plant in the foyer of one of the buildings.

While on the run she also conducted a factory reset on her phone, causing its content to be deleted in an attempt to cover up evidence.

Police then arrested her and found a notebook containing handwritten drug supply ledgers in MacAlister’s handbag.

The court heard MacAlister had been using meth since 2013 but her progress in prison since being incarcerated had been “exemplary”.

Chief Justice Michael Grant said MacAlister had prior convictions in relation to her drug use.

“Given your history over the last seven years or so, and your long-term habitual drug use, I am unable to find that your prospects of rehabilitation from this particular form of offending are good,” Chief Justice Grant said to MacAlister.

Chief Justice Grant sentenced MacAlister to 11 months in prison and said she was on her “last chance”.

He said MacAlister would receive a heftier sentence should she re-offend.