Diabetes in poverty-stricken pregnant women in the NT, highest in the world: Menzies 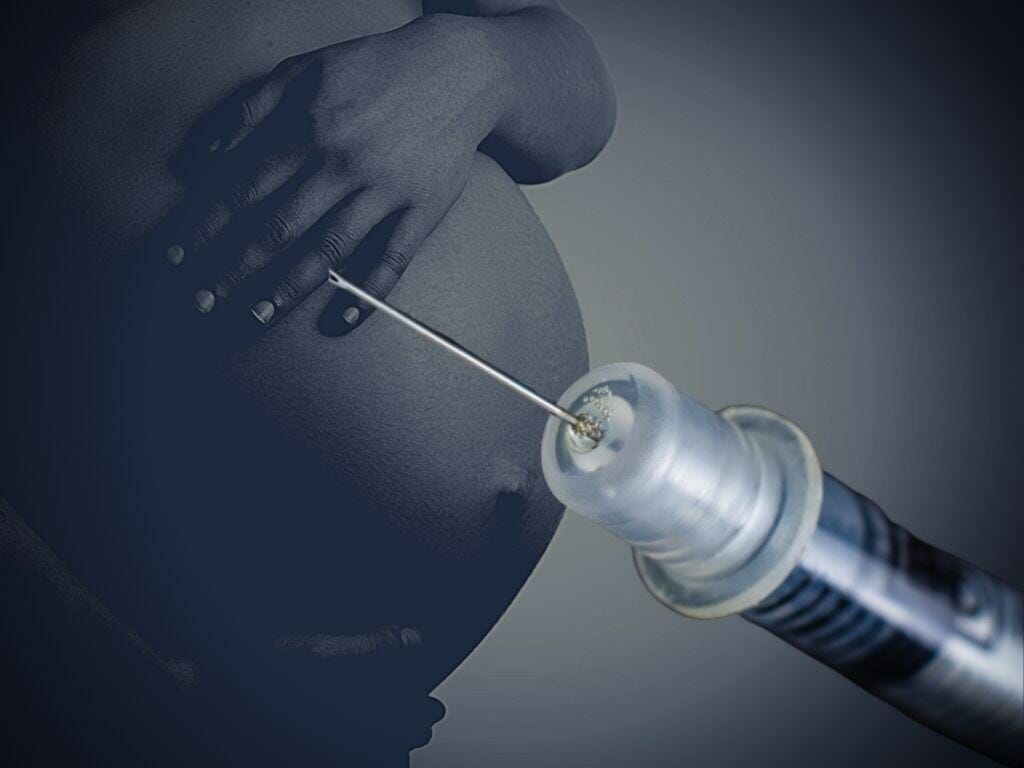 Pregnant Indigenous women living in the remote towns of Central Australia have been found to have the highest rates of type 2 diabetes in the world, according to a new report by the Menzies School of Health Research.

The study, Diabetes during pregnancy and birth weight trends among Aboriginal and non-Aboriginal people in the Northern Territory of Australia over 30 years, was published in the first edition of The Lancet Regional Health – Western Pacific.

Researcher and lead author Dr Matthew Hare said, for these women, poverty stricken and living in some of the most isolated regions of Australia, fresh and healthy food is often not for sale where they live or it is unaffordable.

Dr Hare said the loss of traditional cultures and lifestyle and the cost of fresh food have led to increasing rates of obesity and the alarming prevalence of diabetes in pregnant women – contributing to more babies being born at higher than expected birth weights.

But, he said, financial insecurity and severely overcrowded houses have exacerbated the issue.

“Rates of type 2 diabetes in pregnancy among Aboriginal women in the Central Australia region of the NT was up to 8.4 per cent in 2016 and is believed to be the highest rate in the world,” Dr Hare said.

“The same statistic for the Territory as a whole is 5.7 per cent, and that is also among the highest rates in the world.”

Until recently, diabetes was only seen in adults, but rates of the chronic disease are rapidly increasing in children, particularly in remote areas of the Northern Territory, Dr Hare said.

“Looking at big picture causes, diabetes is closely associated with poverty,” he said.

In Diabetes during pregnancy and birth weight trends among Aboriginal and non-Aboriginal people in the Northern Territory of Australia over 30 years, researchers from Menzies School of Health Research investigated the birth records of almost 110,000 babies born in the NT between 1987 and 2016.

These babies were born to about 65,000 mothers, of whom 36 per cent identified as Indigenous and/or Torres Strait Islander.

Diabetes, a chronic disease that can catalyse heart attacks and stroke, will over time damage the heart, blood vessels, eyes, kidneys, and nerves, if left unaddressed.

In pregnant women, diabetes increases the risk of complications and previous studies have shown that if a mother has diabetes during pregnancy, the baby has a higher risk of developing diabetes and obesity themselves in the future, Dr Hare said.

“We know diabetes is associated with other chronic conditions, so if you get diabetes early in life you are more likely to also suffer from heart conditions, kidney disease, or blindness later in life,” he said.

“Not only does that increase the burden on the health care system, but it also dramatically impacts people’s quality of life and life expectancy.

“Existing evidence shows that Indigenous populations in other countries similarly have higher rates of diabetes in pregnancy than their non-Indigenous counterparts.

“This has been found in places that have a similar history of colonisation like the USA, Canada and New Zealand. To our knowledge though, the rates among Aboriginal women in the NT’s Central Australia region are unfortunately the highest.

“The thing that really stands out in our research is that rates of diabetes have gone from being quite rare among Aboriginal women to quite common in a relatively short period of time.

“Women with diabetes are more likely to need intervention during delivery, such as caesarean section, and are more likely to have complications during pregnancy. There is also evidence that babies born with high birth weight or whose mother’s had diabetes in pregnancy, have a higher risk of developing diabetes and obesity later in life.”

“Currently, 84 per cent of Aboriginal babies are born at healthy weights. We welcome the goal set out in the Closing the Gap agreement of 91 per cent of babies being born at a healthy weight by 2031,” he said.

‘We are witnessing an escalating intergenerational cycle’

Dr Hare said it is up to the government to “strengthen models of care” for pregnant women and youth with diabetes.

He highlighted the care needs to be culturally appropriate, “as there are currently lots of barriers to young people seeking help and medical intervention.”

“It is up to the government to look at the social determinants, housing and food security and partner with the community to tackle these issues,” he said.

“We welcome the new National Agreement on Closing the Gap which has put a much stronger focus on partnering with communities and strengthening the community-controlled sector, rather than just focusing on numerical targets without requiring close involvement of the people represented in these statistics.

“However, turning around the trends in the NT is going to need considerable effort both to understand and address the causes of pre-term birth and to manage and prevent diabetes in pregnancy.”

“The findings relating to diabetes highlight the urgent need for a strengthened public health response to the epidemic,” she said.

“The rising burden of diabetes at relatively young ages in the NT is a significant public health issue.

“We are witnessing an escalating intergenerational cycle of adverse metabolic health, with type 2 diabetes being seen at increasingly young ages.

“This challenge goes beyond the health care system, being rooted in issues such as social inequality, poverty, loss of traditional cultures and lifestyle and the cost of fresh food.

“An intersectoral approach is required to address the social determinants of health, with prevention strategies developed in partnership with Aboriginal and Torres Strait Islander communities.”

Opposition Leader Lia Finocchiaro said the severe impacts of diabetes among the women living in some of the most disadvantaged parts of Australia “is greatly concerning”.

Despite running on a platform focused on fixing the economy and crime ahead of the 2020 election, Ms Finocchiaro said the Opposition is committed to expanding preventative health programs that would support Indigenous women and their children, in particular.

She said she would also investigate the expansion of telehealth services to make primary care more accessible.

“Type 2 diabetes is associated with modifiable lifestyle risk factors, so in addition to addressing the care of those with type 2 diabetes, more preventative measures are also necessary,” Ms Finocchiaro said.

“We must ensure that all Territorians have affordable access to healthy food choices and information about how to maintain a healthy lifestyle.

“In May 2020, the Federal Standing Committee on Indigenous Affairs launched an inquiry into food pricing and food security, particularly in regards to fresh and healthy foods, in remote Indigenous communities.

“The committee will report and make recommendations by October 30, 2020.

“I urge the Northern Territory Government to carefully consider how healthy choices can be made more available and affordable to Indigenous Territorians.”

The NT Government and Minister for Indigenous Australians Ken Wyatt were contacted for this article.

Aboriginal Medical Services Alliance of the NT chief executive John Paterson was also contacted for comment but was unavailable.