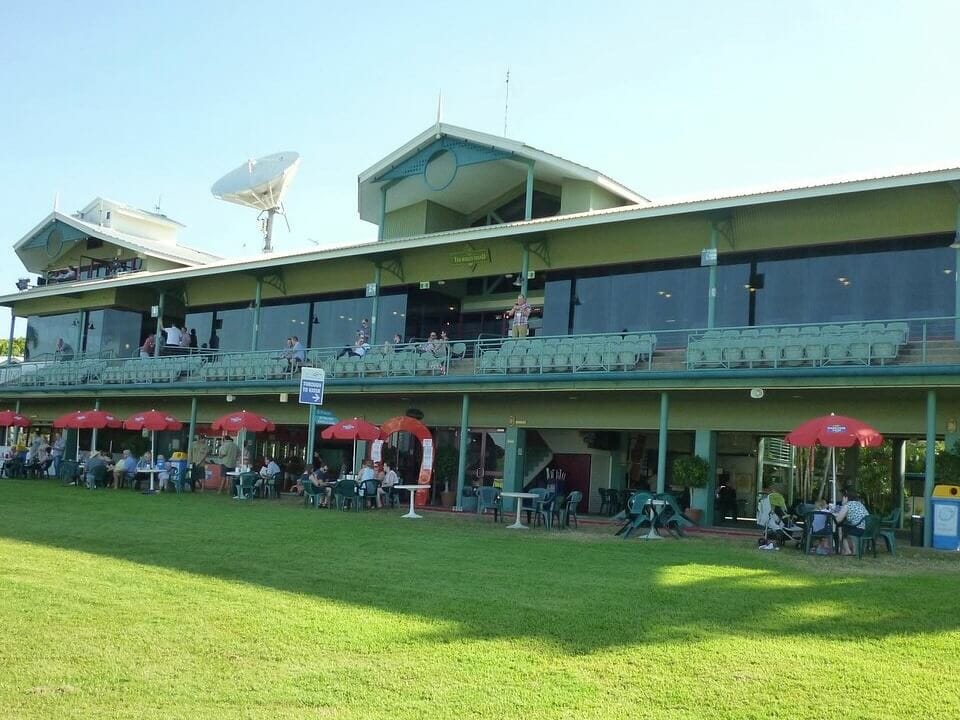 NT WorkSafe has launched an investigation into an unreported electrical fire at the Darwin Turf Club’s Ted Bailey grandstand, the workplace investigator has confirmed.

The NT Independent first reported the serious incident on Sunday, that occurred in late January at the building that had failed two fire safety audits and has been without a permit since early last year.

Darwin Turf Club board chair Brett Dixon and the CEO Brad Morgan did not respond to questions over the unreported electrical fire that broke out in the “betting ring” area of the facility that had been used to host a “family fun day” in 2019.

The Turf Club board and management were aware the building was non-compliant following significant building alterations to the Wood Lounge in 2019. Despite the two fire safety reports showing “critical fire safety non-compliances”, people were still permitted to occupy the building for private functions and last year’s Cup Carnival.

The fire occurred in a ceiling light fixture and was discovered by an employee who happened by the building and put the fire out with an extinguisher, sources said.

NT WorkSafe today confirmed the fire was not reported by the Turf Club, but said it had received an anonymous complaint into the matter and is currently making enquiries.

“NT WorkSafe inspectors, including electrical safety inspectors have started an enquiry to verify the allegations in the anonymous complaint,” spokesman Peter Chan said.

“NT WorkSafe will not comment further until we have verified the allegations.”

The Turf Club board has yet to rectify the outstanding fire safety issues addressed in the two reports.

The first report was completed in March 2020 by NT Fire and Rescue Services and the second was undertaken by BCA Engineers and presented to the Turf Club in January of this year – just days before the electrical fire incident.

Permits for the building lapsed in May 2020.

The Fire and Rescue Service report found serious safety issues were caused by “suspected unapproved building works” at the Ted Bailey grandstand that resulted in “a number of rooms” without fire detectors, locks on doors in the path of fire exits and excessive travel distances to exits.

It remains unclear how far the board has progressed on the instructions to date, but the building remains without a permit.

Under NT WorkSafe laws, all work-related dangerous incidents – including fires – must be reported to the government agency. Failing to report a “notifiable incident” is “an offence and penalties apply”, according to NT WorkSafe regulations.

Mr Chan said investigators were in the process of still establishing whether the fire would meet “the requirement of a notifiable incident”.

“An uncontrolled fire in a workplace that exposes any person to an immediate or imminent risk of serious harm is considered a dangerous incident and a notification must be made to NT WorkSafe,” Mr Chan said.

“At this stage, NT WorkSafe does not have sufficient information to determine [that].”

However, sources have confirmed the fire occurred and should have been reported to NT WorkSafe at the time.

The Department of Infrastructure, Planning and Logistics have not responded to the NT Independent’s questions over how the Turf Club board and management were able to permit people to enter the grandstand while the building is without an occupancy permit.

Director of building control Mark Meldrum also did not respond to questions.

Liquor Commissioner chair Richard Coates said previously that the commission could not look at revoking the club’s liquor licence until director Phil Timney commenced initial investigations and referred the matter to the commission.

Mr Timney did not respond to questions yesterday.