Darwin Cup Carnival to go ahead in one ‘Super Monday’ racing event, crowds or not 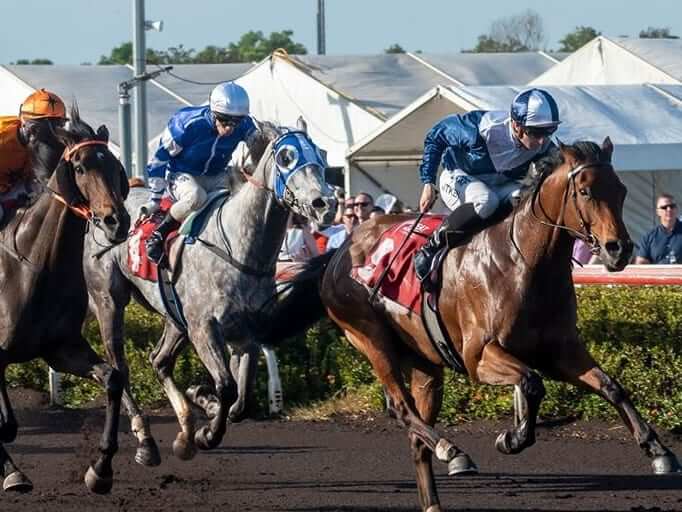 The Darwin Cup Carnival 2020 is determined to push through with or without spectators in stands, organisers say.

The cup will culminate in a “Super Monday” series of races that will see the Palmerston Sprint and Darwin Cup run on the same day.

But it still remains unclear what social distancing restrictions might be in place by early August.

“We’re as much in the dark as everyone else,” said Turf Club CEO Brad Morgan on Mix 1049.

“At this stage we’re planning to be racing behind closed doors. However, we’re really hopeful that there are some relaxations, some allowances made on the day to allow some spectators on the course because it’s such a shame to have this iconic race day to have to run without a spectator. But if that’s what it is, that’s what it is.”

Mr Morgan added that instead of having the usual number of gatherings, they have reduced the size to four events over that period. He said they’ve introduced some strict measures just to ensure that the race day pushes through.

Ladbrokes Guineas will be on July 4, followed by the Asia United Food Service Chief Minister’s Cup on July 11, Derby Day on July 22 featuring the Metric Mile, and the Bet365 Palmerston Sprint and the Great Northern Darwin Cup is scheduled on August 3.

Mr Morgan said it’s important that this event still pushes through to support the owners, trainers, jockeys, and everyone else in the horse racing industry.

“We’re lucky that we’ve got some understanding sponsors,” he said. “We’ve had some discussions with the majority of our sponsors; we’ll continue to do that just to make sure that they’re getting some sort of return for their investments.”

“We are relatively lucky, I guess, in some sense that our event is in late July and early August. We’re hanging on the hope now for some time that this unprecedented time will be finished,” Mr Morgan said.

He also said that the Turf Club have had been forced to make cutbacks of staff, wages, and operation costs.