Where Darwin’s Anzac Day services will be held 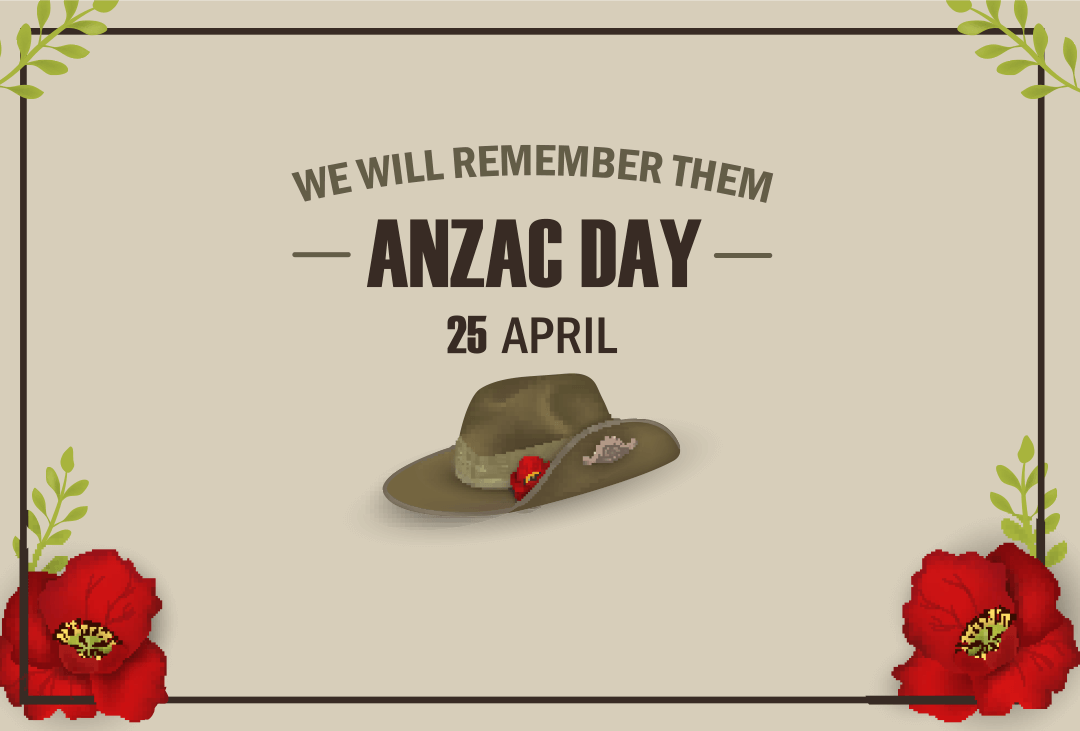 Australia is marking this Anzac Day on Monday, April 25 with dawn services and marches across the country.

The start of Anzac Day will be marked with the “Light up the Dawn” service when Australians will mark a minute’s silence wherever they are. The day is the country’s most solemn national day.

April 25 marks the anniversary of the first campaign that led to major casualties for Australian and New Zealand armed forces during World War I. The day marks the landing of soldiers from Australia and New Zealand at Gallipoli Cove, as part of an Allied effort to capture the peninsula from the Ottoman Empire. It also commemorates all the conflicts that followed.

After an eight-month campaign, 8,500 Australians and almost 3,000 New Zealanders perished.

The date April 25 was first designated Anzac Day in 1916.

Commemorative services are held across the country at dawn, at the time of the original landing then followed by marches by former service personnel.

The day of commemoration begins in Darwin with a 5am gunfire breakfast at Hotel Darwin followed by the Dawn Service at The Cenotaph, on The Esplanade, from 6am to 7am. 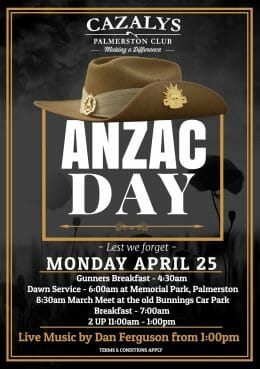 Order of Dawn Service is as follows:

Master of Ceremonies, Bill Buckley welcomes all guests
Arrival of the RSL contingent, led by the Drum Corps of the Australian Army band Darwin
The PreludeMounting of the Australian Defence Force catafalque and flag parties
Wreath or Book laying on Cenotaph 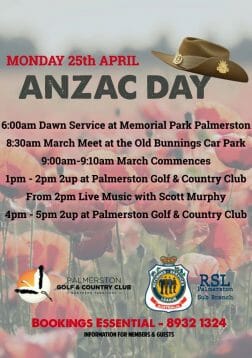 The Dawn Service will be followed by an Anzac Day mass at St Mary’s Cathedral at 7.45am.

At 9am the parade begins, starting on The Esplanade, turning right onto Knuckey St, then right onto to Cavenagh St, before ending at the Civic Centre area.

There is another service at 9.30am in Memorial Park, with two-up at Cazalys from 11am.

Fans of two-up will also be able to play at the Noonamah Tavern or the Cazaly’s Club on Anzac Day.

The game is amongst the greatest of Aussie traditions. Played with two coins, a paddle, and a crowd of beer-drinking revellers, two-up is simple fun.

On one sacred day each year, the paddle is dusted off and the crowds descend on their local watering hole, ready and willing to chance it all on the flip of the coins.

The Anzac Day races, meanwhile, will begin at noon at Fannie Bay racecourse.