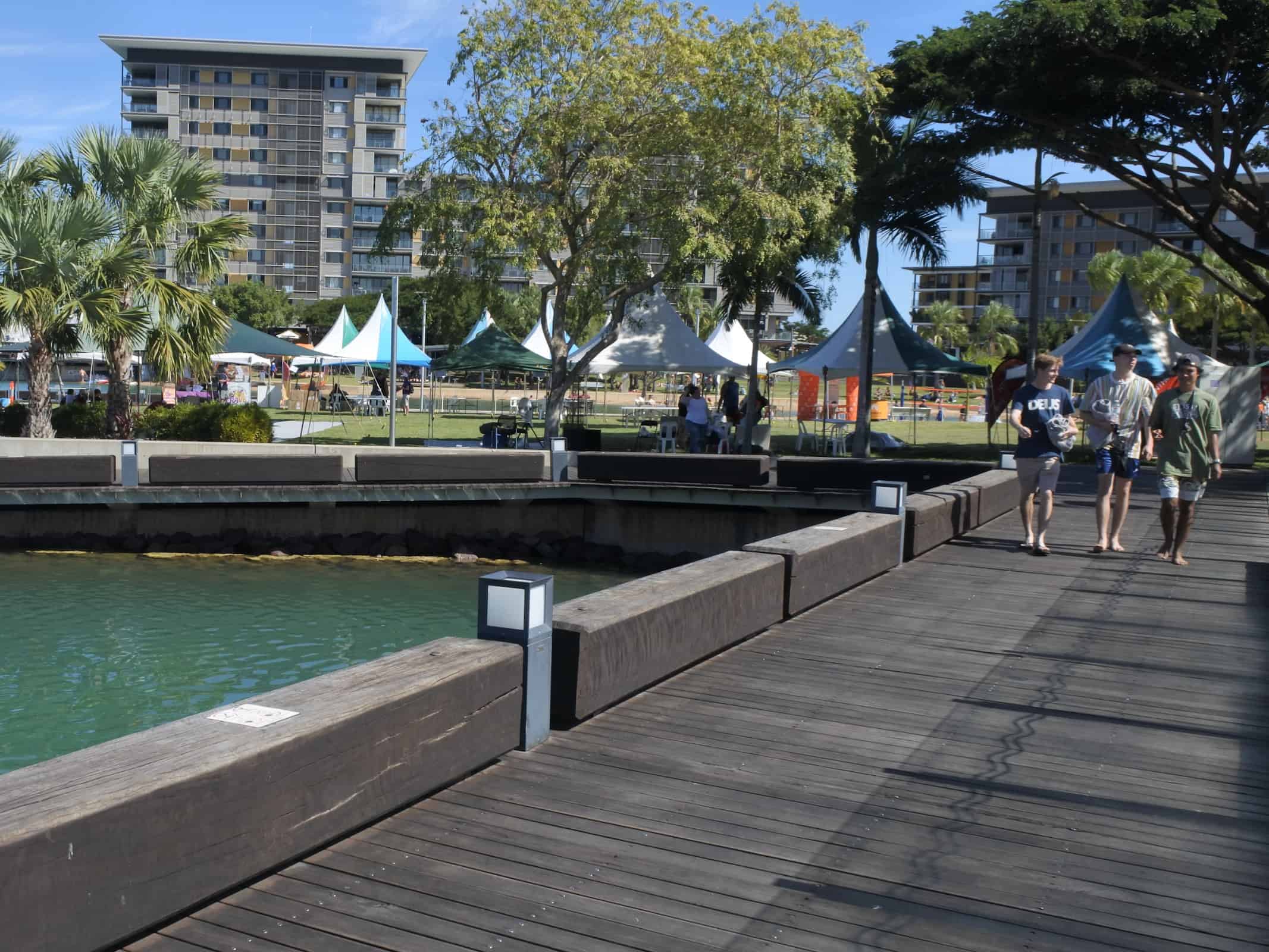 Darwin Mayor Kon Vatskalis has thrown his support behind establishing a seaside boardwalk running along the cliffs of the Esplanade, connecting the Waterfront to Doctor’s Gully.

The ambitious plan would see the construction of a coastal boardwalk which would be located on the water’s edge and snake along the bottom of the Esplanade’s cliffs, passing through the iconic Lameroo Beach.

It forms part of Darwin Council’s Strategic Projects Prospectus, which contains a series of concept projects aimed at luring developers to invest in Darwin and help revitalise the city’s Central Business District.

Mr Vatskalis said the boardwalk could become a huge drawcard for Darwin and make the CBD a must-visit tourist destination.

“Why not? You could put pylons into the sea like they have with the Nightcliff jetty,” he told the NT Independent.

“You could have a boardwalk underneath the Esplanade that connects the Waterfront to Doctor’s Gully.

“It could be above sea level and be a real tourism attraction.”

Mr Vatskalis said establishing a boardwalk could lead to the development of another bar and restaurant precinct in the Lameroo Beach area, maximising the pristine views of Darwin Harbour.

“I got the idea from visiting Asia, there’s a beautiful waterfront precinct in Kota Kinabalu, Malaysia,” he said.

The council is hoping to establish the boardwalk as early as 2023, with construction predicted to take between 18 to 24 months.

However the project is reliant on an approach from a developer, with council proposing a partnership and co-funding arrangement. There was no cost estimate offered by the council.

Released last week, the prospectus features ideas for projects from elected members that would excite the community and help boost Darwin’s economy.

Other concept projects in the prospectus include the redevelopment of Casuarina Pool, a surf park at Vestey’s Beach, renewable energy hubs and commercialisation opportunities for council services, like parking, waste management and streetlight assets.