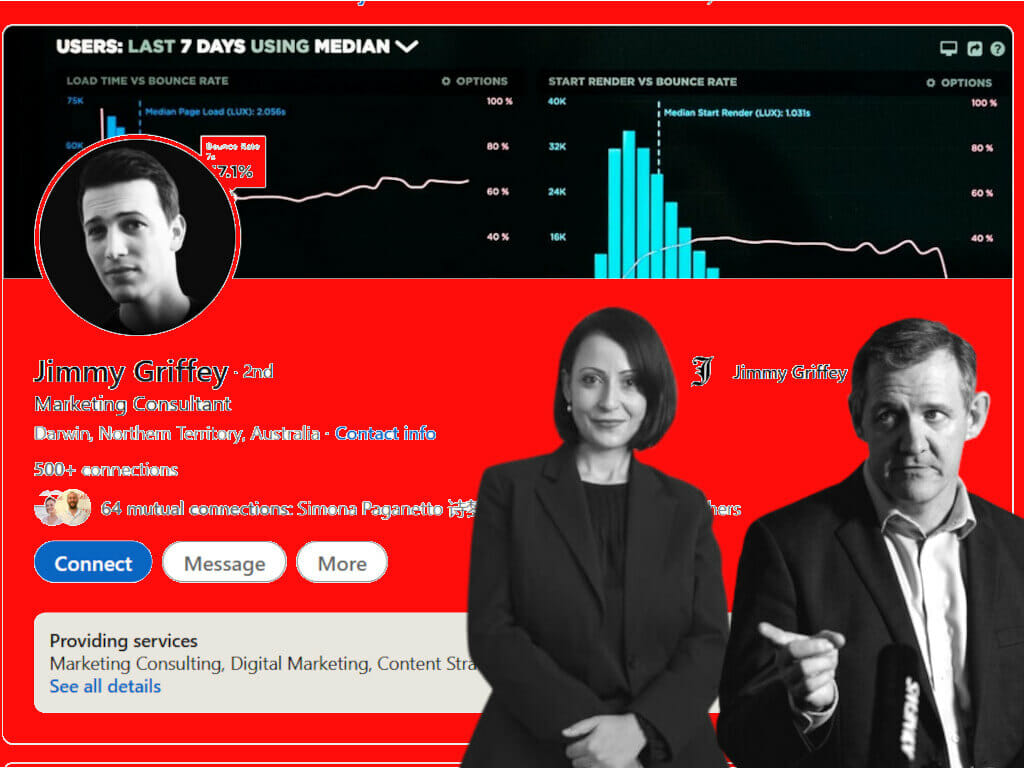 Chief Minister Michael Gunner is allowing an un-vaccinated social media spin doctor from his office to continue to work despite others in the public and private sector losing their jobs due to his COVID-19 vaccination mandate which commenced at midnight last Friday.

The staffer’s name is Jimmy Griffey, who works in social media for Infrastructure, Planning and Logistics and Environment and Natural Resources Minister Eva Lawler. Mr Gunner said he is working from home, despite the fact that part of his role would mean taking photos and videos of events the minister attends.

The issue came to light at Mr Gunner’s COVID-19 update press conference on Wednesday morning, when a journalist asked him if everyone in his office was double vaccinated.

He immediately said yes, but then changed his answer.

The NT Independent understands Mr Griffey’s contract does not end in two weeks, and will run for longer.

Mr Gunner did not explain what he meant by “all three tests”, and no journalist asked any follow up questions about the clear contradiction of Mr Gunner’s public statements about his COVID-19 vaccination mandate.

On Saturday, a member of the public asked a question on Mr Gunner’s Facebook page about whether there were any COVID-19 vaccination exemptions in the public service, which Mr Gunner responded to by saying there were none. 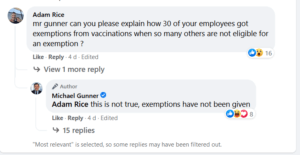 Mr Gunner told the NT News public servants did not receive a “grace period” after Friday’s deadline and were stood down from that point.

“No grace period,” he said. “Every single un-vaccinated public servant was stood down as at 5pm Friday. That HR disciplinary process commenced immediately and under that, the first 48 hours of stand-down is paid before you go to unpaid stand-down.

“No grace period, no exemption to the chief health officer’s directive. Public or private, everybody is treated alike when it comes to the CHO’s directions.”

After the mandate’s introduction, workers subject to the mandate could face $5,000 fines if they enter the workplace without having their first dose of a COVID-19 vaccine by November 12.

The NT News reported about 700 public servants, including more than 100 frontline staff, were stood down for not receiving a COVID-19 vaccination. 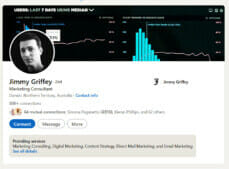 On his personal website which consists of only one page, Mr Griffey describes himself as a hybrid digital marketing and website development specialist, experienced in managing multi-million dollar marketing campaigns and generating hundreds of millions of dollars in sales revenue for the companies and clients he’s worked for.

“I have over a decade of digital marketing experience and I’ve built enterprise level websites and online marketing campaigns that have generated over $100 million dollars in sales revenue,” he said on his website.

“I’ve worked with some of the largest universities and registered training organisations in Australia, as well as some of the highest-earning info product creators in the online marketing space.

“I help companies make more money with the dark art of digital marketing.”

It is unclear why he is now working in a social media role for a Northern Territory Government minister, however it is understood to be a maternity leave fill in role. 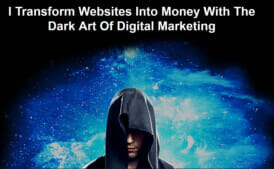 Hospitality NT chief executive officer Alex Bruce said he had not heard Mr Gunner answer the question at the press conference but said he would be concerned if there were different rules used to those the private sector had to follow.

“We would be concerned if there were exemptions or different rules that applied from the public to the private sectors,” he said.

“The mandate needs to be applied equitably across the public and private sectors.”

He did note some people in the private sector did not have to be vaccinated if they had roles away from the public.

“If his regular activities have him in contact with the community and potentially vulnerable people, it seems to be double standards,” he said.

“NSW has flagged they will be removing it on December 15, and we can’t have it be that the NT is going it alone with the mandate, which would make it harder to attract workers.”

Mr Gunner’s communications director Maria Billias did not respond to questions from the NT Independent about Mr Griffey’s exemption including if the chief health officer gave the Chief Minister advice about this case.