Chief Minister and his Cabinet should pay back $12m grandstand money, not Turf Club: Opposition 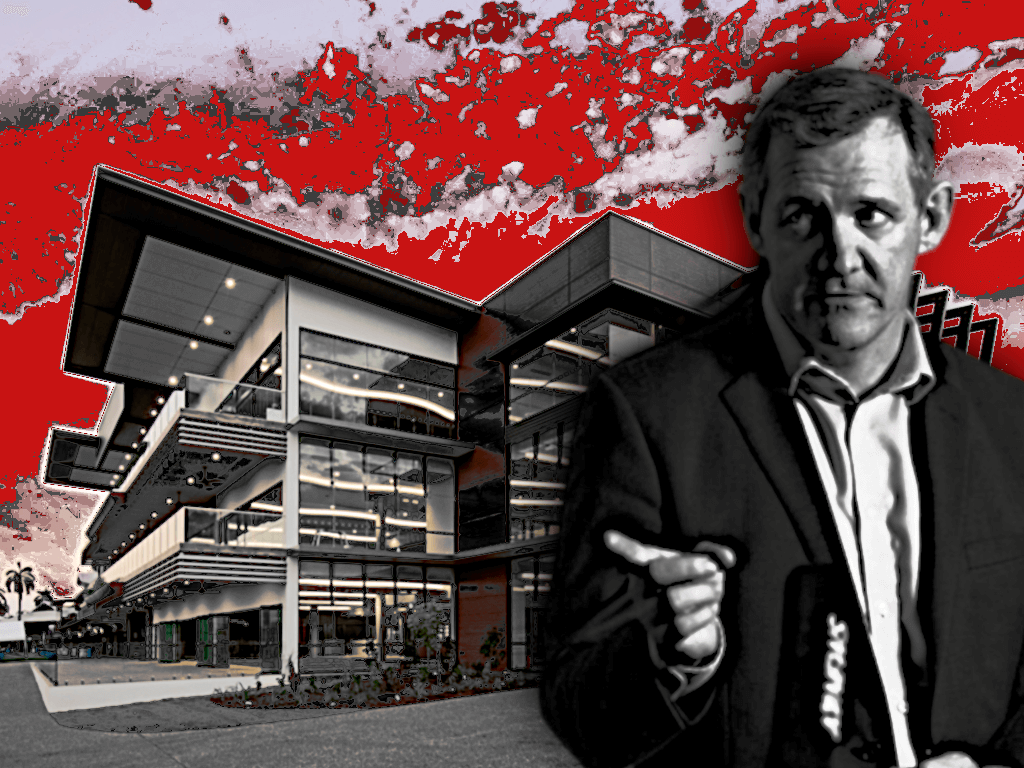 Taxpayers should be reimbursed the $12 million they were bilked for the controversial Darwin Turf Club grandstand by the Chief Minister, the Opposition says, and not the club, that has claimed paying back the money would “cripple the racing industry”.

CLP Racing and Gaming spokeswoman Marie-Clare Boothby said Michael Gunner and his Cabinet gifted the money to the club through “an improper Cabinet process” and that asking the club to pay it back was an “absolute joke”.

“Only the Chief Minister and his cabinet could grant that funding, yet Michael Gunner is throwing the DTC board – and all its members – under the bus, in a desperate attempt to distance himself from this disgraceful corruption scandal,” she said.

“For the cash-strapped Chief Minister to demand the members of the Turf Club pay that money back is an absolute joke.”

On March 2, Mr Gunner wrote to Thoroughbred Racing NT – the peak body for racing in the Territory – to state that he “remains committed to recovering” the $12 million.

The letter was addressed to TRNT chair Syd Stirling, a former Labor racing minister, who created TRNT while a minister and who assumed the role of chair after Brett Dixon resigned from the position.

On Monday, the Turf Club said in a statement that paying back the $12 million grant would “cripple the racing industry”.

Current DTC chair Richard O’Sullivan said the club has complied with the recommendations from last year’s explosive ICAC report by installing a new board and providing governance training for them, pointing out that the ICAC did not call for the club to pay back the money.

“The grant for an infrastructure project was provided by government, the grandstand was built as per the grant agreement and the monies were fully acquitted and accounted for,” he said.

“Nowhere in the ICAC report does it recommend or make findings that the $12 million be returned.

“The Turf Club has adopted all recommendations of ICAC, which included an NT Government appointed auditor to conduct a thorough corporate governance framework review, the findings of which were of a minor nature with several already being implemented by management.”

Mr Sullivan added that the racing industry brings in over $122 million to the NT economy every year and that having to pay back the $12 million would affect the wider tourism industry.

“I cannot stress how important it is to maintain support to an industry that impacts so many, including accommodation and tourism operators, hospitality venues, the retail sector, plus many more” Mr O’Sullivan said.

“The decision by the Chief Minister to punish members of the Turf Club and the wider racing industry for his mistakes is absolutely disgraceful,” she said.

“The only people who should be paying back that $12 million is Michael Gunner and his Labor Cabinet colleagues,”

The NT Independent revealed last month that current Turf Club CEO Brad Morgan recently resigned amid a turbulent time for the club, and will leave the role in May.

The club has also been bombarded with resignations and is currently trying to fill positions including manager and head chef of the Silks Lounge, club HR manager and the director of marketing and communications position.