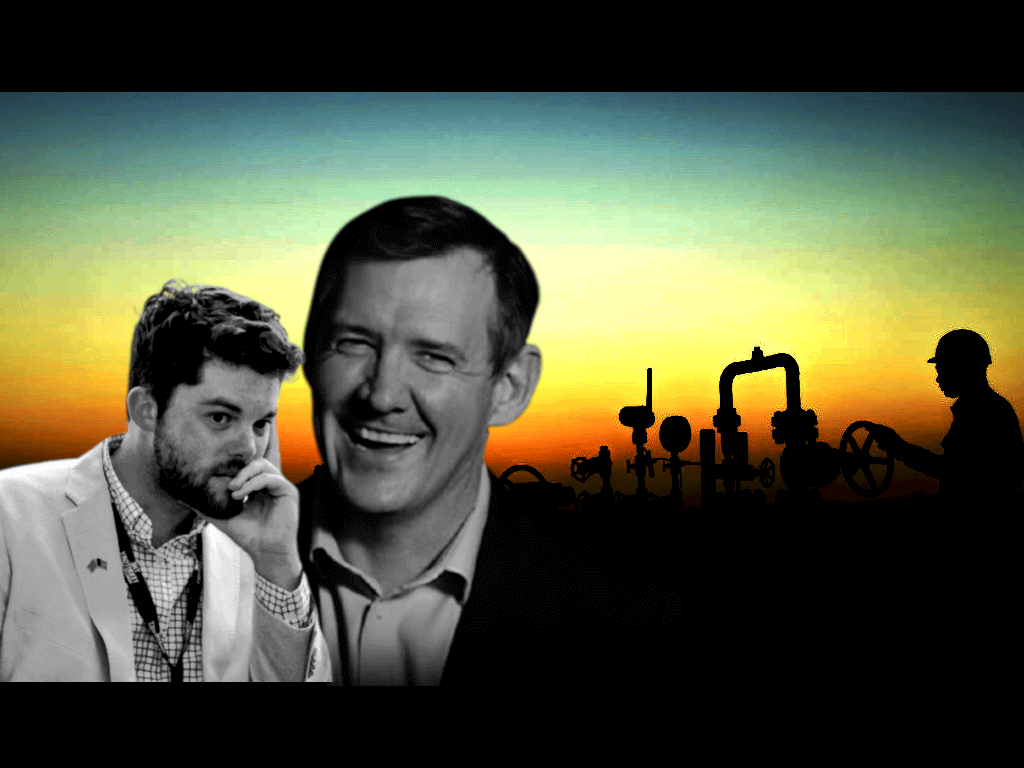 EXCLUSIVE: Chief Minister Michael Gunner acted as referee for a long-serving senior adviser and close friend who applied to be the head of the peak oil and gas industry body in the Northern Territory, a position that would see him “influence” and lobby his former colleagues and boss, the NT Independent can reveal.

Sources have confirmed senior Gunner Government adviser Cameron Angus applied to the Australian Petroleum Production & Exploration Association (APPEA) for the NT director role more than a month ago, while the Gunner Government was in the throes of a political scandal that saw a senior staffer forced to resign and an MLA kicked out of caucus.

The NT Independent understands Mr Gunner provided a reference for Mr Angus, whom he had previously publicly declared as his “best mate”, for the role that would see him directly lobby the NT Government and Cabinet ministers on behalf of the oil and gas industry. Questions have been raised over the potential conflict of interest in a sitting chief minister recommending a ministerial staffer and close friend for a role that involves lobbying his government by an industry group.

The NT Independent understands that typically the chief of staff would provide the reference for a ministerial staffer looking to pursue outside employment.

An ad for the APPEA director position, which was posted on job website SEEK in February, stated that a key responsibility of the job would be to “influence the development and implementation of energy policy and regulatory arrangements” with the government for the oil and gas sector in the NT.

It also stated that the successful candidate would “develop and execute a comprehensive government relations strategy for the Northern Territory”.

It is unclear if Mr Angus has been successful in obtaining the job.

Mr Gunner went to the 2016 NT general election with a moratorium on onshore gas development, pending the results of a scientific inquiry into the long-term impacts of fracking.

In early 2018, Mr Gunner lifted the ban on fracking, causing controversy within the Labor Party and with voters who supported Labor’s anti-fracking stance at the time. He has since been a strong supporter of the natural gas industry in the Territory, heralding it as a crucial element for rebuilding the NT economy.

Independent MLA Robyn Lambley, who ran on an anti-fracking platform at the last election, said the move to install a ministerial staffer in the oil and gas industry was a conflict of interest “to say the least” and a breach of public confidence.

“There is virtually no separation between anything and anyone in the NT as it is,” she said.

“The Chief Minister should be ensuring his government is at arms length from all independent industry bodies, such as APPEA. The Chief Minister planting his people in a key position like this erodes his credibility and erodes our whole democracy.

“Not forgetting that this is a government that came to power in 2016 on an anti-fracking platform, now they want a seat inside the gas industry body. This is a conflict of interest to say the least. This is hypocrisy.”

Mr Angus’s new employment pursuit follows revelations reported by the NT Independent last month that Mr Gunner hired a toxic workplace specialist to investigate the internal workings of ministerial offices and employees on the fifth floor of Parliament House in late 2019 – just months after another report into the functioning of the Chief Minister’s Office, that resulted in Mr Gunner’s chief of staff Alf Leonardi being sacked, was allegedly destroyed ahead of a Freedom of Information application by the ABC.

When questioned in Parliament last month, Mr Gunner said the toxic workplace report was about “identifying professional development opportunities for staff” and called it an “investment” in his team, although he would not provide the findings or details of the report conducted by his friend Mark Hough.

Mr Angus was relieved of his duties as senior media adviser to Mr Gunner in early 2020, after nearly four years in the job, and promoted to the role of senior business adviser to the Chief Minister.

The NT Independent also revealed last week that the Office of the Independent Commissioner Against Corruption (ICAC) was not only investigating Blain MLA Mark Turner, but also Mr Gunner’s senior staff in relation to how they managed the “cocaine sex scandal”.

The scandal saw senior Gunner adviser and Labor Party powerbroker Kent Rowe forced to resign and Mr Turner kicked out of caucus for allegedly lying about extra-marital affairs with the same woman.

Opposition Leader Lia Finocchiaro said the latest revelation of the attempted APPEA job for a mate move was further evidence of a lack of transparency in Mr Gunner’s office.

“It appears the Chief Minister wasn’t just busy covering-up the Labor ‘cocaine sex scandal’, he seems to have also made swift work of parachuting his ‘best mate’ and senior advisor off the beleaguered fifth floor,” she said.

Both Mr Gunner and Mr Angus declined to respond to questions sent by the NT Independent.

Mr Angus did not respond to a question about why he thought it would be appropriate to work for an oil and gas lobby group after holding senior roles in the NT Labor Government since it was first elected in 2016.

Mr Gunner also did not respond to a question about why he would be the referee for a former employee and mate for a position that would see his friend lobby his government on behalf of the oil and gas industry.

APPEA was contacted for comment but did not respond as of deadline. It remains unclear where the hiring process is at for the NT director position. An official announcement of who the successful applicant is has not yet been made.