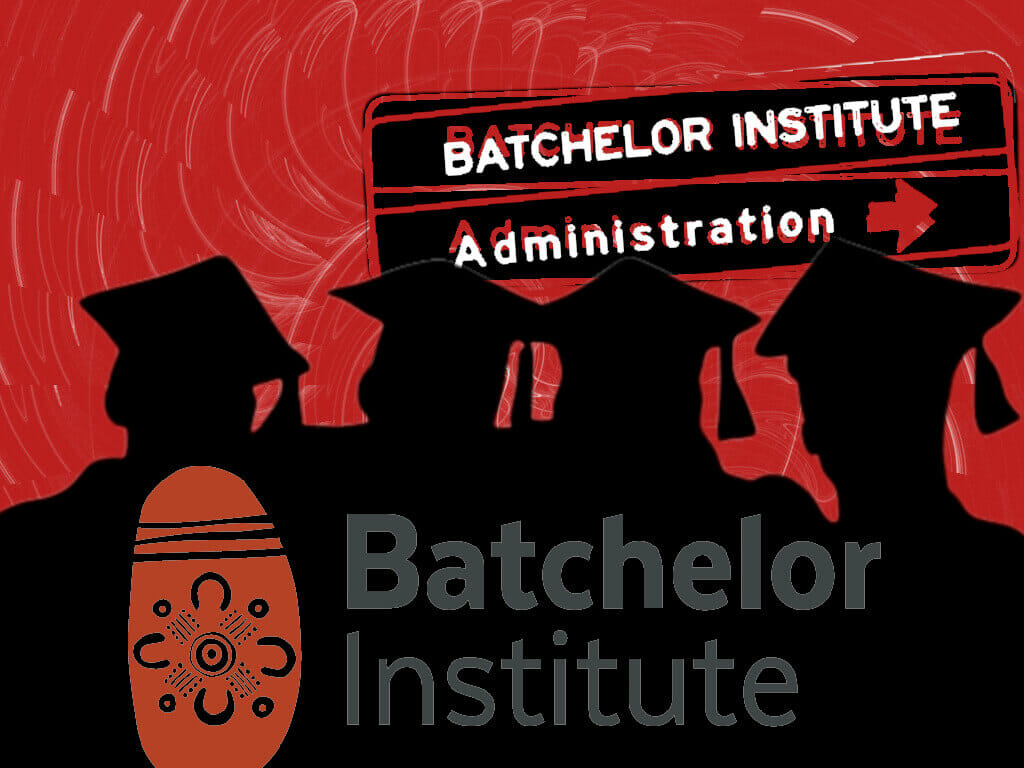 The Batchelor Institute is still undertaking, or has finalised, an internal investigation into allegations against some senior management it has confirmed, after a litany of claims were raised earlier this year, including that employees were appointed to positions through improper processes, that staff feared being targeted for complaining about management, and that management relied on fictitious workplace policies.

The Institute, through an email statement by Batchelor Institute Council chair Patricia Anderson, confirmed there were allegations – which they referred to as ‘internal complaints’ – and said only that “internal complaints were received, and internal investigations began through formal channels”.

However, Ms Anderson did not answer specific questions from the NT Independent, and did not explain whether it was appropriate to investigate “internally” considering the complaints were made about senior management – including the then-chief executive officer Professor Steven Larkin – or what role the accused senior managers had in the investigation, and how any conflicts were dealt with.

Nor did she make it clear if the investigation continued through to completion, whether it had now ended, if there were any findings, or if those findings would be made public.

An external complaint, seen by the NT Independent, was made by National Tertiary Education Union NT industrial officer Heinz Schmitt, who wrote to the Institute’s acting chief executive Professor Gareth Allison – who is normally the institute’s executive dean – on February 16, saying more than 70 members of the NTEU, United Workers Union, and the Australian Education Union discussed the issues he said had arisen over 12 months that came to a head at the Institute’s First Nations Committee meeting on February 10. The Institute was given until February 19 to respond.

The log of claims put by the union included that management was considered incompetent by staff generally, that staff were subjected to bullying and harassment and further, that some senior management appointed people to positions without advertising or proper process that gave current staff no opportunity to apply, including in the alleged case of Prof Larkin hiring his partner.

Prof Larkin’s partner was working at the Institute and the NT Independent is not alleging she was employed inappropriately. However Prof Larkin did not respond to questions.

It was further claimed in the correspondence that some senior management referred fictitious policies to staff and did not follow basic industrial relations processes of natural justice and rights of reply in meetings.

The letter said members were too scared to make written complaints for fear of being ‘targeted’ by some management including the chief operating officer and acting director of operations.

It was also alleged that some senior management had been telling staff to attend meetings with no clear agenda that were ultimately disciplinary meetings or opportunities for management to allegedly bully and harass.

Other claims in the complaint included that the institute operated under  cultural incompetence, with a lack of communication, no clear leadership by senior staff, and that the elected work health committee was sacked by management who appointed their own committee in breach of legislation.

The unions demanded the acting CEO immediately instruct those undertaking disciplinary meetings with staff to provide an agenda of what was to be discussed prior to the meeting and advise staff of their right to have a representative present at the meeting.

Mr Schmitt said meeting attendees unanimously agreed that Batchelor Institute senior management had until the end of the week when the letter was sent to address their concerns.

Ms Anderson said because of privacy laws they would not provide personal comment on any of its employees, when asked if any action had been taken against anyone who was complained about and if those managers were still at the Institute.

“Batchelor Institute’s highest priority is the health, safety and well-being of its students and staff who both make important contributions to their families and communities.

“As we stated in February, a number of internal complaints were received, and internal investigations began through formal channels.

“Batchelor Institute has policies and procedures to deal with issues that arise in the workplace. ”

On August 5, the NT News reported Prof Larkin had resigned and published a statement from Ms Anderson, which stated that Prof Larkin helped to prepare the organisation for “a new phase of growth”, as well as to “fulfill its critical role to support students who mostly live-in remote communities”, and said the Institute, “provides a culturally safe space, education and training of the highest quality.”

Late on Friday afternoon the Institute announced Institute Council member Mick Gooda would the interim CEO while they found another one. He will be the fifth person in the role since August 2017.

Sources have told the NT Independent Prof Larkin went on holidays in about November 2020 and then went on stress leave and did not return to the job, although he did sign off on the annual report on May 25.

According the Institute’s annual report, Prof Larkin started in the role in March 2018, and was being paid at least $430,000. He was brought in following two interim chief executives, after former chief executive Robert Somerville resigned in August 2017, reportedly as a result of staff action after a total loss of $15 million over three years.

Prof Larkin was listed as being on the council at least as far back as the 2014 annual report, and resigned from the Council in June 2016.

National Tertiary Education Union NT president Dr Darius Pfitzner said the act of Parliament which was created to govern the Institute needed to be reviewed and updated, questioning the level of oversight.

He said the union does not have a representative on the Council which could alert the organisation to problems.

“We have 15 years of a questionable state of affairs, and that suggests the oversight mechanisms aren’t achieving appropriate governance outcomes,” he said.

“And one of the keys to that, if you want to treat staff appropriately, the institute needs to engage with the union. We want active and positive interaction between union and management.”

He said the union had had a positive and constructive relationship with the acting CEO Gareth Allison.