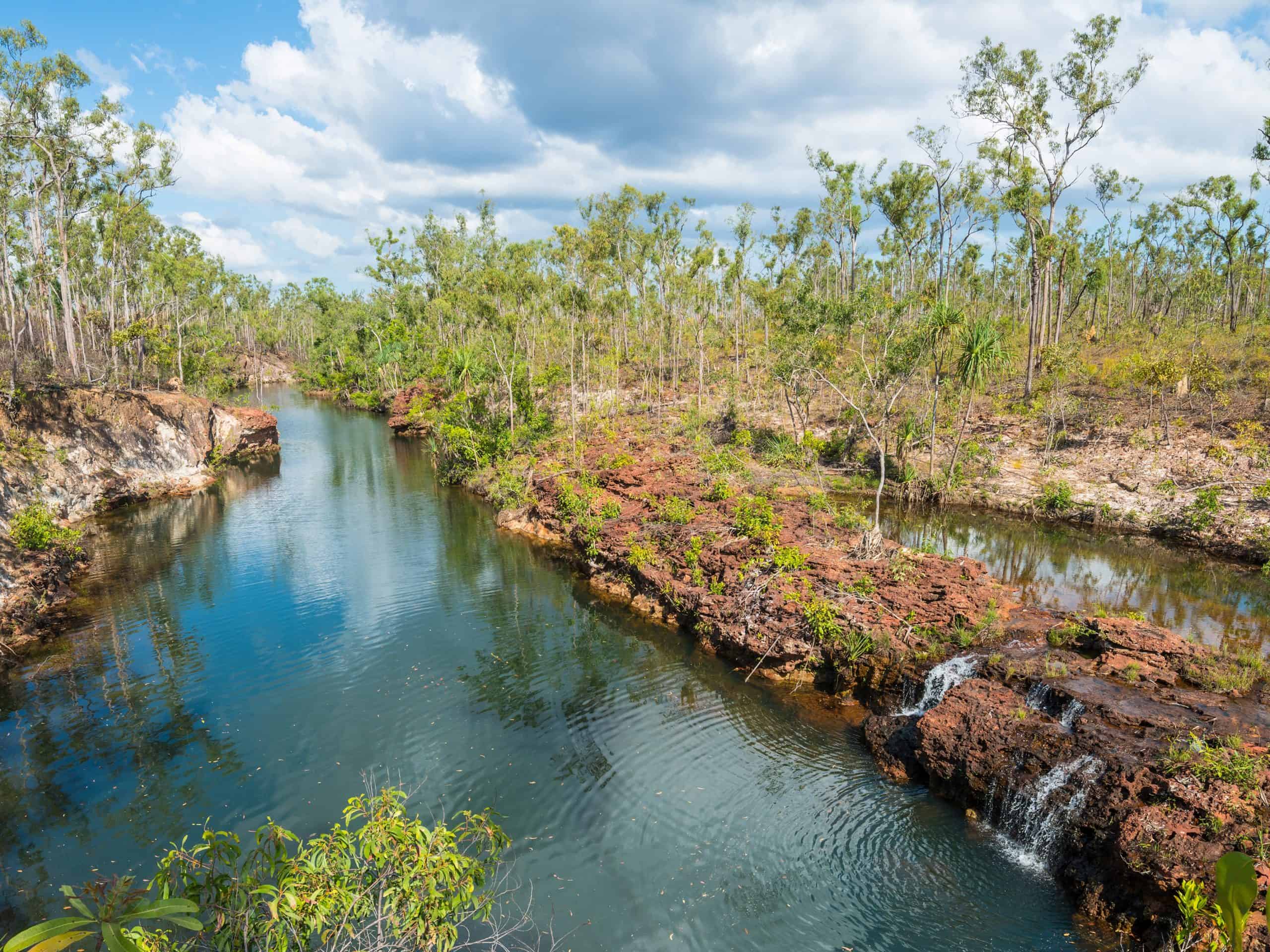 A 50-year-old man driving a vehicle with an unregistered plate in Arnhem Land has been summoned to appear in court for multiple traffic offences.

Officers from the Dog Operations Unit of the NT Police said they saw the vehicle with no plate at around 9:20am on Wednesday and attempted to stop the vehicle but it when through a stop sign.

Police said the vehicle accelerated to 110km/h in a 90km/h zone and turned into bushland to try to avoid the officers.

The occupants immediately abandoned the vehicle and fled on foot, police said in a statement.

The 50-year-old man was caught in a bushland approximately an hour and a half later. Police are still looking for the identity of the other unidentified person inside the car.

Investigations are on-going as to why they were trying to avoid the police, the statement said.

The man is scheduled to appear in court on eight traffic charges including, driving in a dangerous manner (vehicle – pursuit); driving a vehicle while unlicensed; driving vehicle unsafe; causing damage to road surface; driving a vehicle causing loss of traction; crossing double lines where not permitted; failing to obey direction of police officer; and not stopping at stop sign.

NT Police seized the man’s vehicle for 48 hours under the provisions of anti-hooning legislation.