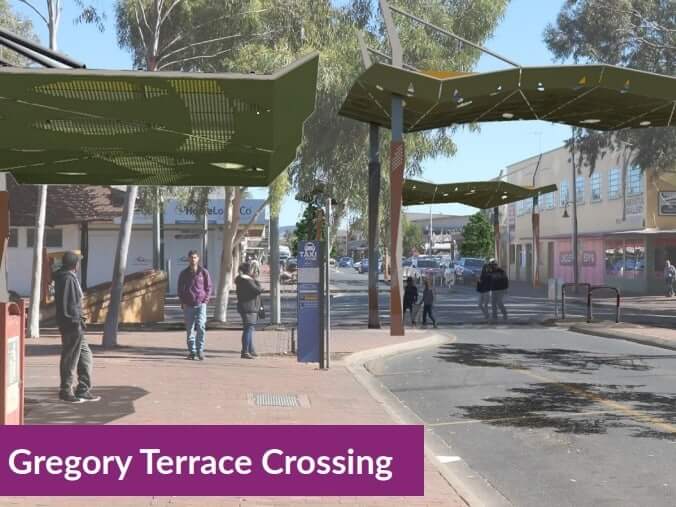 The Gunner Government’s $20 million pledge to “revitalise” the Alice Springs CBD is being met with scepticism from a local MLA who says the money is being spread too thin across other areas and won’t see the desired outcomes.

Infrastructure Minister Eva Lawler issued a media release Tuesday morning, promoting the awarding of three tenders for works promised back in 2017, as part of the $20 million investment in Alice Springs that would “reinvigorate and create a safer and more vibrant” CBD.

But the breakdown now shows that $15 million has been allocated for CBD “revitalisation projects”, with the other $5 million now earmarked for a “breaking the cycle of crime” program.

“Now more than ever we are delivering projects that will create jobs and long-term growth. The CBD Revitalisation project will turn the centre of Alice Springs into a greener, safer, cooler and more modern place,” Ms Lawler said in the statement.

“This is an important economic rebound project that will create jobs and ensures the long-term growth and liveability of Alice Springs.”

But Independent Member for Araluen Robyn Lambley accused the Gunner Government of “fleecing” funds from infrastructure projects for other areas, and that claims the government is spending $20 million to upgrade and revitalize the Alice Spring’s CBD are “completely untrue”.

“The Minister for Territory Families and her executives confirmed today in Budget Estimates Hearings that $1.2 million of this $5 million went to employing extra Youth Engagement workers, plus other social services,” Ms Lambley wrote in an online post.

“This fleecing of funds from NTG infrastructure projects for other areas simply does not happen in Darwin.

“Only in Alice Springs would the Gunner Government use precious funds to upgrade the amenity of our CBD on another social services project.”

The NT Government did not elaborate on its statement released Tuesday on how they will implement the “Breaking the Cycle of Crime plan” given the mounting youth crime problem, that has seen public spaces vandalised and damaged.

Plans to overhaul Alice Spring’s CBD were originally made way back in the NT Government’s 2017-18 Budget, but major works are just about to begin four years on.

The government also claimed on Tuesday that 70 jobs would be created, but the Auditor General recently discovered that government job projection figures were inflated and almost never accurate by the end of the project.

Major works to be completed in 2022: Government

The government statement said that three local builders have been awarded main infrastructure packages and works are expected to be completed in 2022.

The government said that some minor projects have been completed in August 2020 and March 2021, including two new Wayfinding routes, which direct pedestrians between the CBD and both the Heritage District and the Railway Station and the installation of LED luminaires in the CBD and along Barrett Drive, respectively. The total amount spent on these completed projects was not detailed by the government.

Territory business Aussie Mandias Pty Ltd has been awarded the contract for the lighting upgrades tender which will supply, deliver, install and commission lighting and CCTV upgrades for $1.9 million.

Works will include the installation of additional CCTVs in priority locations that are poorly lit and may be susceptible to anti-social behaviour and these CCTVs will be connected to the Police CCTV network, the government said.

That will be located at the corner of Parsons St and Leichhardt Terrace and is expected to be done by the end of the year.

“The activation space is strategically located to capitalise on the beauty of Lhere Mparntwe (the Todd River) outlook and provide cooling shade for enjoyment by a wide variety of locals and visitors alike in an area with good natural surveillance and close to amenities,” the government’s statement reads.