A special welcome to the lefties doing opposition research who may have been offended by my introduction.

Moss and Michael Gunner are apparently very concerned about inclusivity and inclusive language in the Northern Territory, particularly in our schools.

They’re so concerned that they’re considering banning teachers from addressing students as “boys” and “girls”, or using the phrase “ladies and gentlemen”.

A draft of the NT education department’s “Diverse sex, sexuality and gender identity in schools” guidelines was made public last week showing just how mixed up the Labor government’s priorities really are.

Moss said she thought it was “really important that we are creating welcoming and inclusive environments” for LGBTQI children.

They don’t mind that more than 40 per cent of the Indigenous students in the NT are frequently skipping school as long as the lefties in Melbourne and Sydney can see their virtue-signalling. 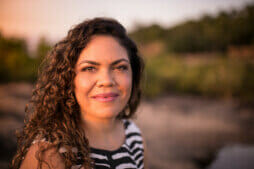 The draft said “using gendered language such as ‘girls and boys’ or ‘ladies and gentlemen’ confirms stereotyping and roles… and can be alienating”.

You know what can be alienating for children Michael Gunner? Growing up in a household with frequent domestic violence, watching people in your community succumb to drug and alcohol abuse, or maybe being the victim of crime in a rural community that those elected to protect you don’t care about.

Labor and the Greens don’t care about those REAL problems, they care about pushing their own Marxist ideology, and removing all rights from women and giving them to men playing dress up.

Liberal Candidate for Warringah Katherine Deves is being slandered for trying to protect women’s sports (a topic left-wing activists claim isn’t even a real issue), Michael Gunner and his team are preparing to remove girls and boys categories from sport competitions in school.

A classic case of Labor’s ‘say one thing, do another’ approach to politics.

They’ll condemn Katherine, try to silence and intimidate her in Sydney, claim it’s not even an issue worth discussing, meanwhile they’re off doing the very thing she’s warning us about!

The Gynophobic attacks on Katherine Deves must stop.

They want to silence her and bully her into submission. They’re trying to make an example out of her so no one else dares fight back.

We have fought for decades for our rights and now they’re under attack.

But women won’t be silenced.

We won’t forfeit our hard earned rights to this new wave of misogyny – even if it does come wearing a dress.

When I get to Canberra, you can bet I’ll work to protect your rights. And the rights of women like Katherine Deves who get up and say what needs to be said.

You can bet I’ll be supporting Senator Claire Chandler’s Save Women’s Sport Bill.

And you can bet that when the left’s wokeness and political correctness go too far, I’ll be there standing in the way.

Yours for REAL solutions,

Jacinta Nampijinpa Price is the Country Liberal Senate candidate for NT and the former deputy mayor of Alice Springs.

Note: This is paid content. The NT Independent has offered the same advertising opportunities to all candidates equally, along with the same offer to all parties for the 2022 Federal Election.