The NT Independent published a number of cops, courts and crime stories over the last week, and you can read them all here. From a tax scam that cost a man $12,000, to a violent grog robbery in Moulden, to an explosion in Parap, to a teen getting tasered after charging a cop, to alcohol purchasing restrictions across Greater Darwin.

A man who threatened his grandmother with a six-foot fishing spear and his young brother with a machete while they had domestic violence orders against him for previous attacks, has been sentenced to prison for two years and four months.

Facing court this month, Bara pleaded guilty to four serious offences – two aggravated assault charges, one for theft and one for aggravated robbery – which combined could have resulted in life imprisonment.

NT Police are warning Territorians to be wary of bogus calls claiming to be from the Australian Tax Office after an alleged tax scammer swindled $12,000 from a 37-year-old Territorian.

Residents from Alice Springs and Darwin have also received the phony calls on Tuesday, allegedly from the ATO trying to rip off large amounts of money from them, police said.

NT continues to lead the country in imprisonment rates: ABS

In a twist of irony, it was Mr Palmer roughly 30 years ago, who effected the 7am to 5pm speed limit of 40km/h at the majority of schools while Transport Minister.

WATCH the video: NT Police are searching for a pair who are believed to have been involved in an alleged violent assault on a Moulden Supermarket employee during a grog robbery on Monday.

An unidentified male entered the store on Monday evening around 8pm and grabbed a hefty amount of liquor.

The store’s employee tried to stop the thief from fleeing the store’s premises, but the offender crashed into the employee and hurriedly ran off after the alleged assault. 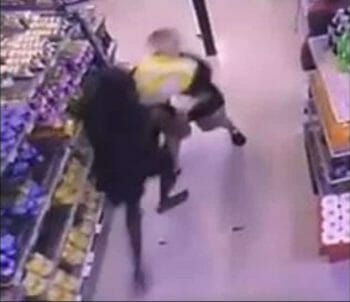 A man is in a critical condition and has been rushed to the hospital with serious burns following a suspected gas explosion in Parap this morning.

Residents on Gregory Street reported hearing the blast around 2:30 am.

A 52-year-old man, the apartment’s sole occupant, sustained serious burn injuries and has been rushed to the Royal Darwin Hospital where he remains in a critical condition.

NT Police are searching for a group of thieves who allegedly ram-raided the Jabiru Golf Club and made off with a “large quantity” of liquor, that has devastated the club and the community.

The exterior of the building sustained extensive damages as a result of the ram-raid that occurred around 3:05am on Sunday, police media manager Rob Cross said. 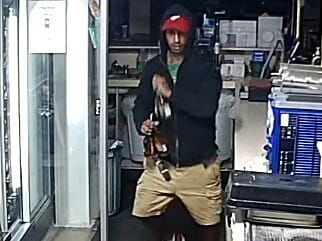 NT Police are tracking down almost 100 Territorians whose personal information was found included in documents for sale on dark web marketplaces in recent months.

The Northern Territory Police Cybercrime Unit said NT residents have been the victims of identity fraud after being deceived into providing personal identification documents to criminals which were then used to commit further online crimes.

Police said Territorians have given away personal information through online sales frauds involving cars, heavy machinery and even puppies, where documents are requested to prove the identity of the purchaser.

Police crack down on sale of alcohol in Darwin, drinkers must provide proof of address

Residents of the Greater Darwin area will need to have proof of an address to buy alcohol this week, as the Director of Liquor Licensing uses emergency powers to target the secondary supply of alcohol.

The restrictions, in place for seven days starting from Monday, September 14, 2020, resemble those in place in Katherine, Alice Springs and Tennant Creek.

Liquor licensees will be required to ask customers to present a form of ID which bears a residential address in the Greater Darwin Area, or be satisfied the customer has a place of residence to consume the alcohol.

A citizen of the year has been sentenced to prison for two years after he was found guilty of sexually assaulting a 10-year-old child last year.

The NT Supreme Court heard the offender who plead guilty to digitally penetrating the girl, was on a fishing trip with the girl and another woman on November 17, 2019.

A teenager in Alice Springs was tasered by the NT Police Friday night after allegedly charging at an officer “armed with an edged weapon” while attempting to escape arrest, police say.

Four teenagers, between the ages of 16 and 19, were arrested after allegedly driving erratically in a stolen car around the Alice Springs CBD.

Two men from Alice Springs have been charged in connection to an alleged assault of a 43-year-old man on September 4 that left him seriously injured on a driveway of a property on the East Side of town, NT Police said.

Police allege that the two men, aged 29 and 34, detained the victim and severely assaulted him.

More than a year after a 12-year-old girl was abducted at the Nightcliff Seabreeze Festival and sexually assaulted at a nearby playground, she and her family are still suffering “profound” psychological and emotional distress, a Darwin court has heard.

Sebastian Ngurruwuthun, 23, pleaded guilty in the Supreme Court to abducting the girl, then 11, and committing an act of gross indecency on her during the festival last year.

The man will serve his sentence from the date of the arrest, May 16, 2019, and has a non-parole period of three years and five months.